The Cuban dictatorship redoubles its efforts so that the international community does not know what is happening on the island in the march called for this Monday, November 15. To the home incarcerations of renowned figures, after the removal of credentials from international journalists and the prohibition of peaceful demonstrations, the regime authorities cut off access to the internet for thousands of users to prevent access and the spread of information about what is happening during the day.

It was the renowned journalist Yoani Sanchez who denounced the new outrage imposed by the dictatorship of Miguel Diaz-Canel by prohibiting internet access at various points of Cuba. “They already cut off my internet access but as I have said so much: ‘creativity is the ability to open a window when the door is closed’. Although I am not satisfied and one day I want the door wide open … today I will report through the cracks”Said the activist through Twitter.

“The Cuban officers are left with only the shouting, the blows, the threats and the arrests … a long time ago they lost their arguments, conviction and courage … cowards“, wrote Yoani in another message.

In addition to this measure, the regime persecutes anyone who wants to express their demand for greater freedom and social and economic improvements on the island. The activist for human rights Saily González Velázquez denounced that “50 henchmen in the service of the dictatorship“They are at the door of his house from 5:30 am. to prevent him from going out to the streets to protest abuses.

“I make this video with a sleepy face because since 5.30 I have this activity that I am going to show you right now. Because this is very big what is happening. None of these people are neighbors. Everyone has been here since 5.30 in the morning. I don’t know any of them. I want to see them“, bill Gonzalez Velazquez at the moment he decides to go to the door of his house and he meets a group of parastatals sent by the regime who yells at him “worm”. “Homeland and life! Abusers, you. They are at the service of a dictatorship!”, The activist confronts them before the attack of those present.

Other locks and arrests

This Sunday, the leader of the dissident convocation, Yunior Garcia Aguilera, denounced that state security is preventing his march through the center of Havana as promised. The same happens with the journalist Abraham Jiménez Enoa, whose home is under siege by plainclothes officers.

In a direct on the social network Facebook, García Aguilera also said that the agents in the vicinity of his home, on the outskirts of the Cuban capital, several journalists who were trying to cover the events have been expelled from the scene.

“My house woke up under siege, surrounded the entire building by plainclothes agents”said the activist and playwright, who described groups of plainclothes officers under his building and “cars on every corner.”

The EFE agency was able to verify that around 11.00 in the morning (15.00 GMT) Seven agents in civilian clothes were guarding the surroundings of García Aguilera’s home, with two vehicles and several mopeds. At least four international media teams were also there.

The activist denounced that the agents tried to expel from the place several foreign journalists who had approached the building. “They made them go shouting and threatening,” he said. 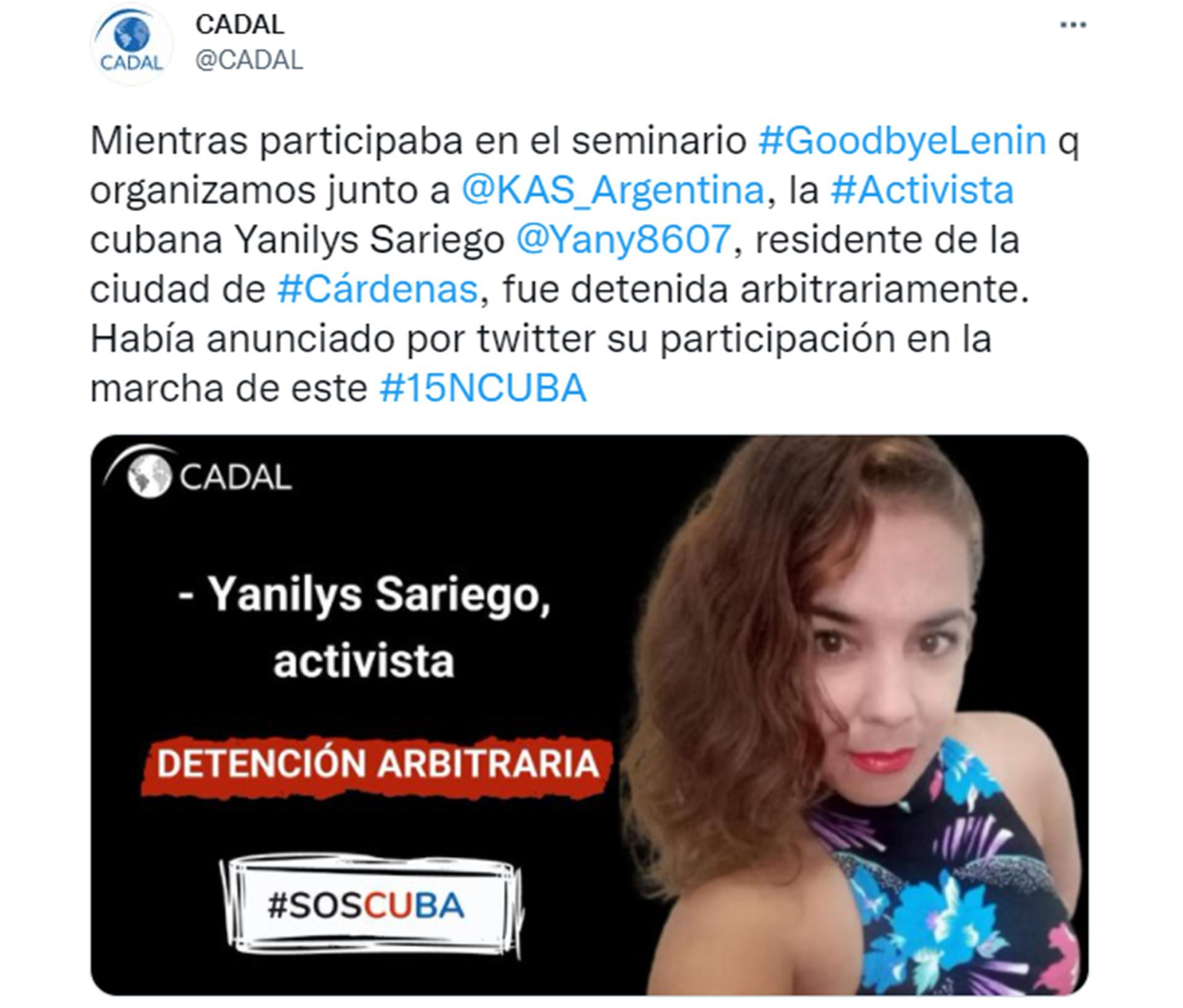 For his part, Center for the Opening and Development of Latin America (CADAL) denounced that the activist Yanilys Sariego, from the city of Cardenas, it was “arbitrarily detained while participating in the Goodbye Lenin seminar. He had announced on Twitter his participation in the march of this 15N”.

The Cuban dictatorship intensifies censorship: it withdrew the press credentials of EFE journalists in Havana