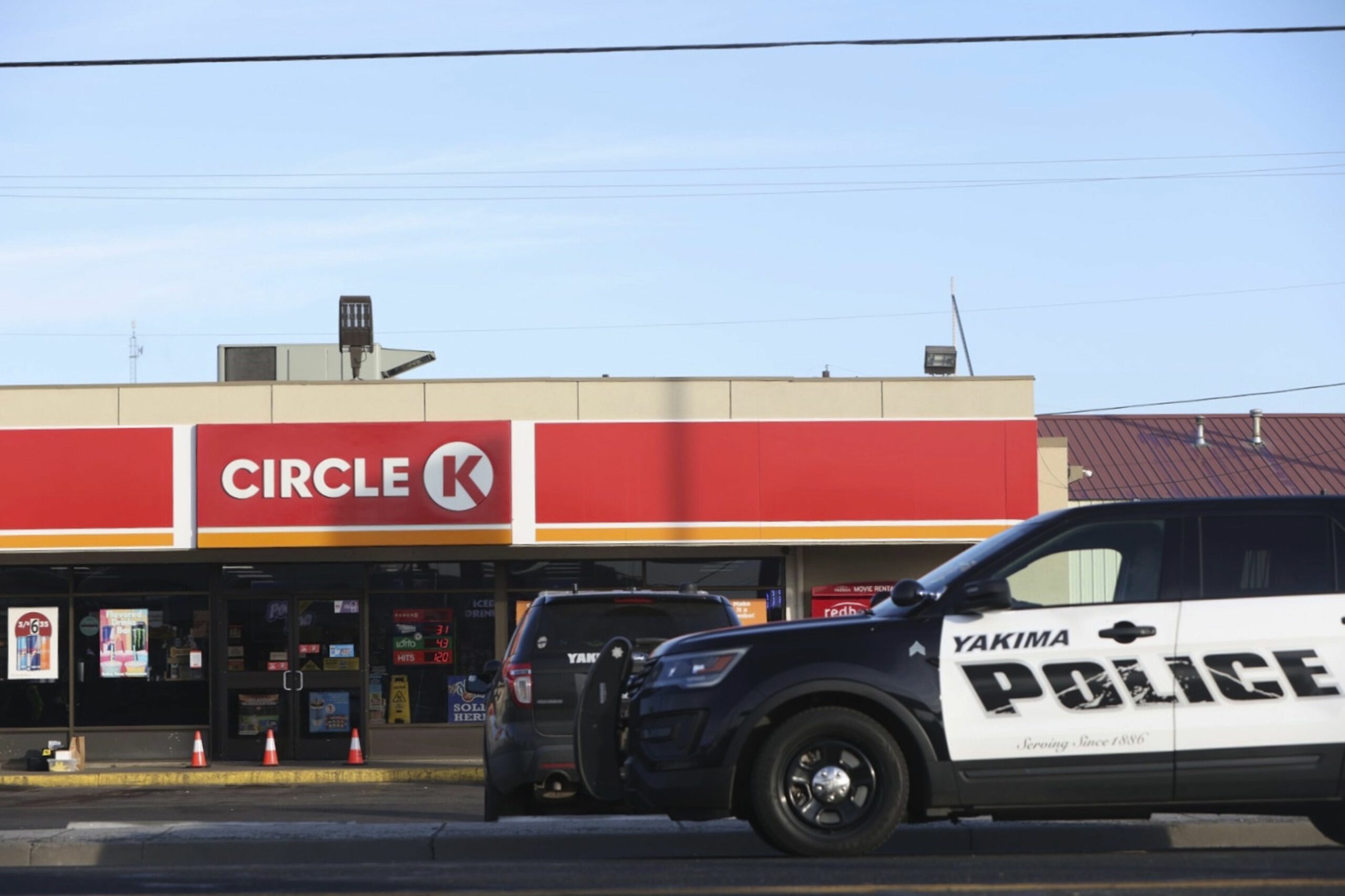 A shooting in a grocery store near a gas station in Yakimain Washingtonthis Tuesday, left at least three dead. This fact has raised, once again, the alarms in USA, who is immersed in a outbreak of violence extreme for which, since the beginning of 2023, more than 20 lives have already been claimed.

According to the city police chief, Matt Murray, a 21-year-old resident stopped at the service station and tried to enter but without success. That is why he crossed the street and shot at three people who were in a grocery store.

“There was no apparent conflict between the parties. The man just walked in and started shooting.”, Murray explained in dialogue with the chain CNN and added that the investigation into the facts is still ongoing.

In any case, the authorities were quickly able to identify the assailant, Jared Haddock. After the episode, the young man fired at a vehicle that the Police presumed to be a gray or silver Chrysler 200, he stole it and He fled heading towards the suburban community of Moxee, on Highway 24.

The crime took place around 3:30 a.m. Tuesday near the Circle K store, where officers found the bodies of the dead people about whom no information has been released so far. At the scene there were eyewitnesses and security cameras that helped investigators to clarify the facts.

Thus, they got images of Haddock taken by one of the cameras and they spread them in an attempt to appeal to citizen collaboration to find the fugitive. They also added that the subject must be armed and must be considered dangerous.

“This is a dangerous and random person, so there is a danger to the community,” Murray warned.

Also, the area was fenced off, including several parts of nearby roads. In the hours that followed, the police even carried out a raid in a house on the outskirts of the city, almost 225 kilometers southeast of Seattle. According to court records, of the area’s nearly 100,000 residents, Haddock had been one of them, at least until a few years ago.

His record also showed very few criminal records. He had been arrested in March 2020 after the police saw him in a vehicle that had been stolen to a woman who had left it on. On that occasion, he too fled from the agents but was eventually arrested and charged in Yakima County Superior Court. However, he declared that he was homeless.

In December 2021 the charges against him were dismissed after successfully complete a diversion programdespite twice violating the terms through the use of methamphetamine and heroin.

The deaths of these three people occurred at a time when the United States is facing constant shootingssuch as the one registered in the state of California on Sunday, which left 11 deaths at the end of the Chinese New Year celebrations in a hall in the city of Monterey Park. Also on Sunday one person died in another shooting in Oaklandcalifornia.

On Monday, a new armed attack was reported in the coastal city of Half Moon Baywhose balance was seven dead. In the morning two teenagers were killed during a targeted shooting attack at an Iowa school.

Following the new series of deadly shootingsThe president of United States, Joe Bidenasked the Congress to “quickly” approve a bill that, among other things, set the minimum legal age to buy a car at 21 years Assault rifle.

“The scourge of gun violence in USA demands stronger action,” Biden said in a statement, after he seven people were killed Monday in a shooting in Half Moon Baythe second in two days to hit the Asian community in the state of California.

“We know that the scourge of gun violence across the United States requires stronger action. Once again, I urge both houses of Congress to act quickly and deliver this Assault Weapons Ban to my desk, and take steps to keep American communities, schools, workplaces and homes safe. Biden said in a statement.

(With information from AP and Europa Press)

A shooting in California left six dead, including a 6-month-old baby and his 17-year-old mother