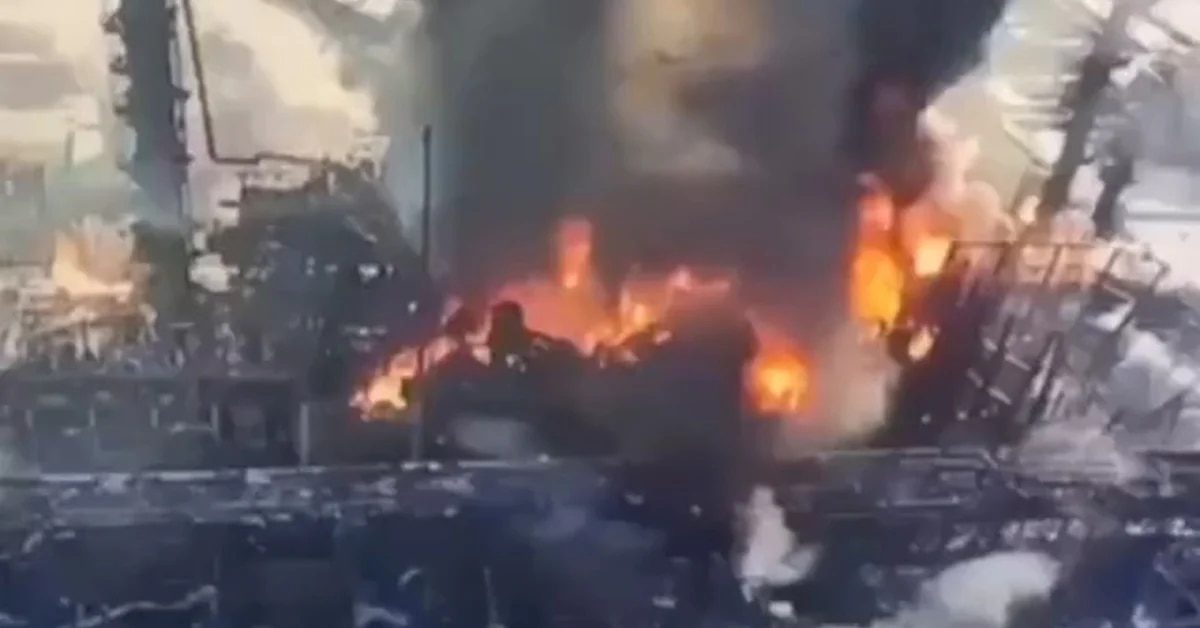 At least five people were killed and eight were missing after a huge explosion at a chemical plant in northeast China.reported the television CCTV Monday.

Thirty people were also slightly injured.according to information from the station, which said that the fire has been controlled.

Xu Peng, an analyst at consultancy JLC who closely monitors output from independent refineries, estimated that Haoye was processing at 62.5% of its crude refining capacity of 130,000 barrels per day (bpd) through 2022.

The plant processed 460,000 tonnes of crude in December, or about 110,000 bpd, according to another China-based trading source.

Images released by the local government showed flames and thick smoke billowing from the complex of chemical processing machinery, pipes and storage containers.

Fire crews brought the flames under control and the local environment department was monitoring the impact of the event on air quality in the region, the Panshan county government in the city’s suburbs said in a press release.

The cause of the accident was still under investigation., according to the authorities. People wrote on social media that they had felt the impact of the explosion, although the damage did not appear to extend beyond the industrial compound.

A year ago, Panjin Haoye was one of three independent refiners accused by the Liaoning provincial government of evading fuel taxes as part of a broad national campaign to consolidate the huge refining sector.

The central government has promised stronger security measures since the 2015 explosion at a chemical warehouse in the northern port of Tianjin that killed 173 people, mostly firefighters and police officers. In that case, several local officials were accused of receiving bribes for ignoring security breaches.

With information from AP and Reuters

38 dead in a factory fire in central China

After 70 years, Japan turns and remilitarizes in the face of threats from China and Russia