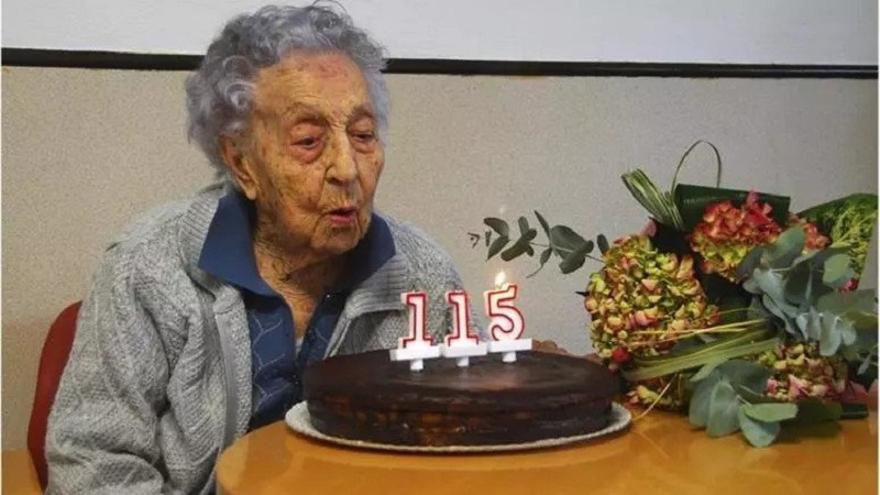 A 115 year old Spanishborn in the United States, is the likely new dean of humanitysaid a consultant for the Guinness World Records after the death on Tuesday of the French sor andre118 years old, who held the title.

Maria Branyas Morera He has lived in the Santa Maria del Tura nursing home, in the city of Olot, in the northeast of Spain, for 20 years.

The institution declared that it will organize a “small party” behind closed doors in the coming days to “celebrate this very special event.”

The establishment specified that she is in good health and appreciates the interest it arouses.

The Principal Consultant in Gerontology for Guinness World Records, Robert D Young, specified that it is “probable” that Morera is the new dean of humanity. “But it is not confirmed at the moment,” she wrote in an email to the AFP.

The youngest daughter of the centennial, Rosa Moret78, hailed his mother’s good health.

“He never went to the hospital and he never had a fracture,” Rosa Moret declared Wednesday on Catalan regional television.

Maria Branyas Morera was born in San Francisco (western United States) on March 4, 1907, after his family originally from Spain had moved from Mexico to the United States.

The French Sister André, whose name was Lucile Randonborn on February 11, 1904 in Alès (south of France), was since April 2022 the dean of humanity.

He died in his sleep at dawn on Tuesday in a nursing home in Toulon (south of France).

The title of oldest person in the world is not attributed by any official body, but specialists agreed that the nun was the oldest person whose marital status could be verified.

The Guinness Book of Records conferred that rank on April 25, 2022, after the death, at the age of 119, of the Japanese Kane Tanaka.

Sister André, in the last stretch of her life blind and in a wheelchair had not hidden a certain tiredness for some years and confessed that his wish was “to die soon.”

But “God doesn’t listen to me, he must be deaf,” said the woman in a long interview with the AFP in February of last year.

Sister André, the oldest person in the world, died