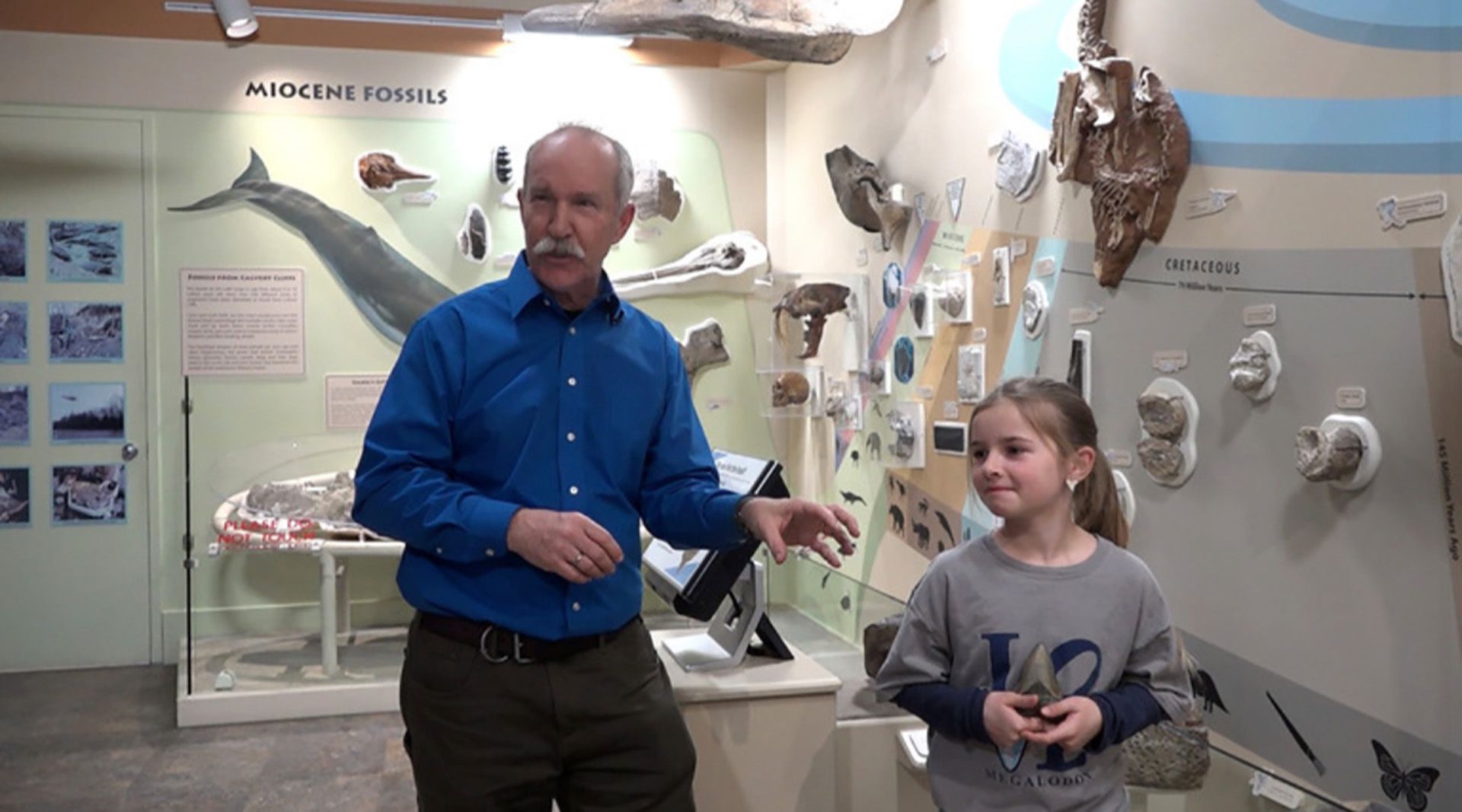 Some are already talking about it being one of the most important archaeological discoveries of recent years in the U.S. But the particular thing, in addition to the age of what was found, is that it happened by chance and that the “archaeologist” was simply a 9-year-old girl playing innocently on a beach.

molly sampson lives in the state of Maryland and is a fan of archeology and paleontology, like her father. The family’s favorite activity is looking for historical pieces on beaches or natural parks and Molly’s father has found several pieces throughout her life.

The little girl for Christmas made a wish more than a gift: find something great. And without a doubt it was fulfilled.

In the cold winter, Molly and her father went exploring at Calvert Cliffs State Park., in the same state of Maryland. For hours they walked the beaches and trails in search of something that would capture her attention, until Molly saw it. Thanks to the low tide, she was able to observe buried in the sand a huge shark tooth, comparable to the size of his hand.

“We were looking at everything around us and it occurred to me to look towards the sea. I saw something big, very big, not so far from me. I started to dig it up but it was so big that I couldn’t, I hurried and managed to grab it”, Molly proudly told the press.

Happy with what she had found, and amazed at its size, Molly decided with her father to take the piece to the calvert marine museum where the experts analyzed it. To everyone’s surprise, It is a shark tooth known as a megalodon, dating from 15 million years ago.

The girl now participates in talks with archaeologists and paleontologists where her discovery is exhibited. She assures that when she grows up she would like to be a paleontologist, although she knows that it would be difficult for her to rediscover such an old piece and in such good condition.

The megalodon was left as part of the permanent exhibit at the Calvert Marine Museum.

Nueva Esperanza, the largest archaeological find in Cundinamarca that remains under the magnifying glass of experts

They recover more than 17,000 ceramic pieces in an “unprecedented” archaeological find in Caldas