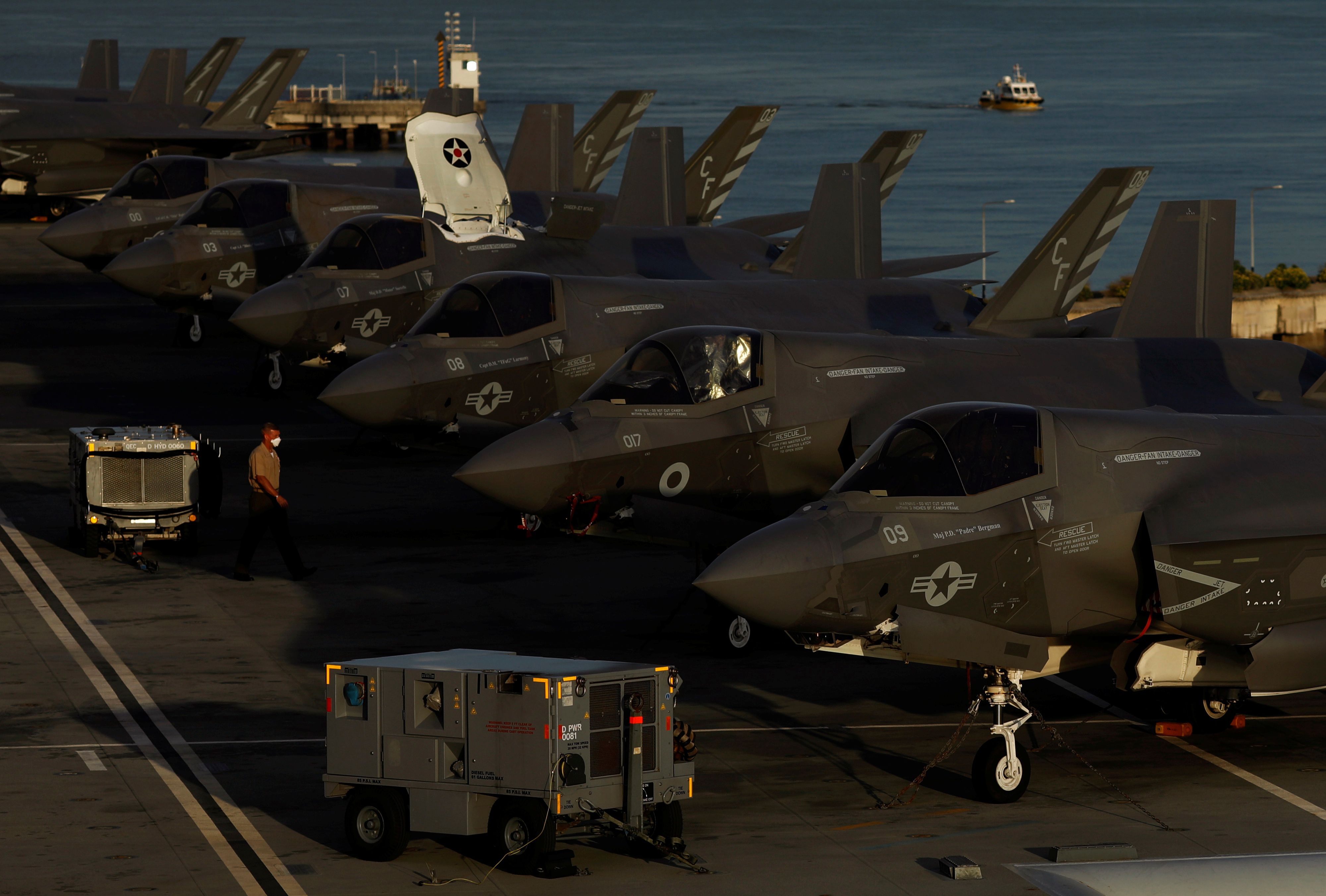 An F-35 plane from a British aircraft carrier crashed at an undisclosed location in the Mediterranean Sea this Wednesday morning.said the Defense Ministry, adding that the British pilot of the plane ejected safely and returned to HMS Queen Elizabeth.

“The F-35 crashed shortly after takeoff. We are pleased that the pilot is safe and back on board. Our operational and training flights continue ”, said the British Secretary of Defense, Ben wallace.

The Ministry of Defense insisted last night that “No hostile action” was involved in the accident.

The pilot, who suffered minor injuries, was rescued by helicopter. The pilot’s family was informed of the accident before the military chiefs issued a statement yesterday afternoon about the incident.

The British air force (RAF) and US experts opened an investigation, which at the moment focuses on technical problems or human errors.

The F-35s were developed in the United States, have a cost per unit of around $ 135 million and they are considered among the most modern stealth fighters in the world. RAF operates the F-35B version, a short take-off vertical landing single-engine variant.

The RAF described it as a fifth generation fighter plane capable of air-to-ground attacks and electronic warfare.

The United Kingdom first deployed them to combat in 2019 in attacks against the group’s militias Islamic State on Iraq and Syria. Wednesday is the first mishap for the RAF’s F-35B fleet.

After the accident, British submarines began a race against time to retrieve the plane, which could be a target for potential adversaries like Russia and China, who could gain access to your advanced technology, according to local media.

The technology on board the aircraft, including Top secret sensors and radars, is highly sensitive, allowing the F-35 to fly unseen into enemy territory at supersonic speeds.

According to British media, the plane was located Wednesday afternoon and the site on the seabed will be managed by an Anglo-American diving safety team until the plane is lifted to the surface. The operation, shrouded in secrecy, involves divers and submarines.

The United States encouraged its NATO and other allies to share the cost of the plane by offering supplies for its manufacture.; Furthermore, 15 per cent of each aircraft is made up of parts of British companies, while some of the aircraft will be made in Italy.

But planes have been plagued with a number of problems that have skyrocketed costs.

In 2020, Pentagon tests found 276 different failures in the aircraft’s combat system. They included the excessively vibrating 25mm barrel and problems with the aircraft’s “virtual reality” helmet. Overheating, premature component wear in vertical tails, and vulnerability to fire were also found to be problems.

The Marine Corps, which also operates the same F-35B model used by the United Kingdom, was forced to ground its planes after they were found. computer system failures.