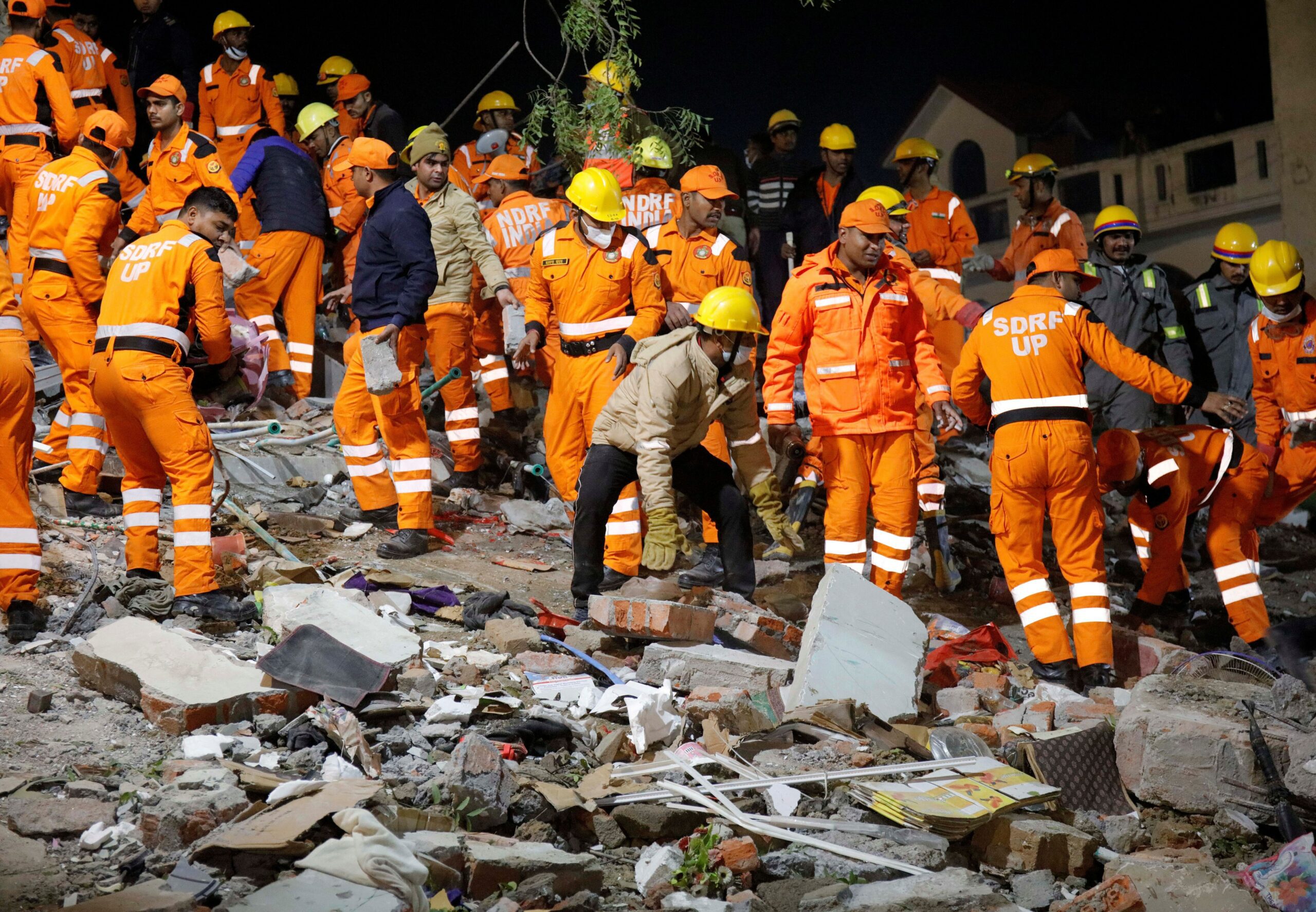 The deputy head of the Uttar Pradesh state government, Brajesh Pathak, stated that the accident occurred in a busy and fashionable area of lucknow, the capital of this state in northern India, the most populous in the country. The politician reported that there were three deaths.

The director general of the Uttar Pradesh state police stressed that the collapse appeared to have been the result of a magnitude 5.6 tremor occurred a few hours earlier in western Nepal, about 440 kilometers from Lucknow.

“Thirty to 35 people may have been buried”, a senior official of the local security services, Devendra Singh Chauhan, told reporters. Rescuers are now trying to find them, he added.

On the other hand, a local police official informed the news agency Reuters that the rescue teams 12 people were pulled from the rubble, including two children.

Television channels showed piles of bricks and concrete and police teams clearing the rubble to search for survivors.

Uttar Pradesh Head of Government Yogi Adityanath ordered the district authorities, police and rescue forces to spare no effort, while asked hospitals to be alert to the possible arrival of victimsreported the office of the regional ruler.

According to Indian media, Hazratganj, the sector where the accident occurred, is occupied by several residential buildings, many of them very old constructionsincluding the collapsed building.

Accidents of this type are relatively common in India, often due to poor infrastructure and lack of maintenance.

An intentional fire disrupted all trains at a large Paris station, affecting 500,000 passengers

They assure that the inner core of the Earth has slowed down: what repercussions can this phenomenon have

Carlos III goes to trial against Elon Musk: how is the conflict between the owner of Twitter and the British Crown

The first white card in football history was released: in what situations is it used and what is its meaning