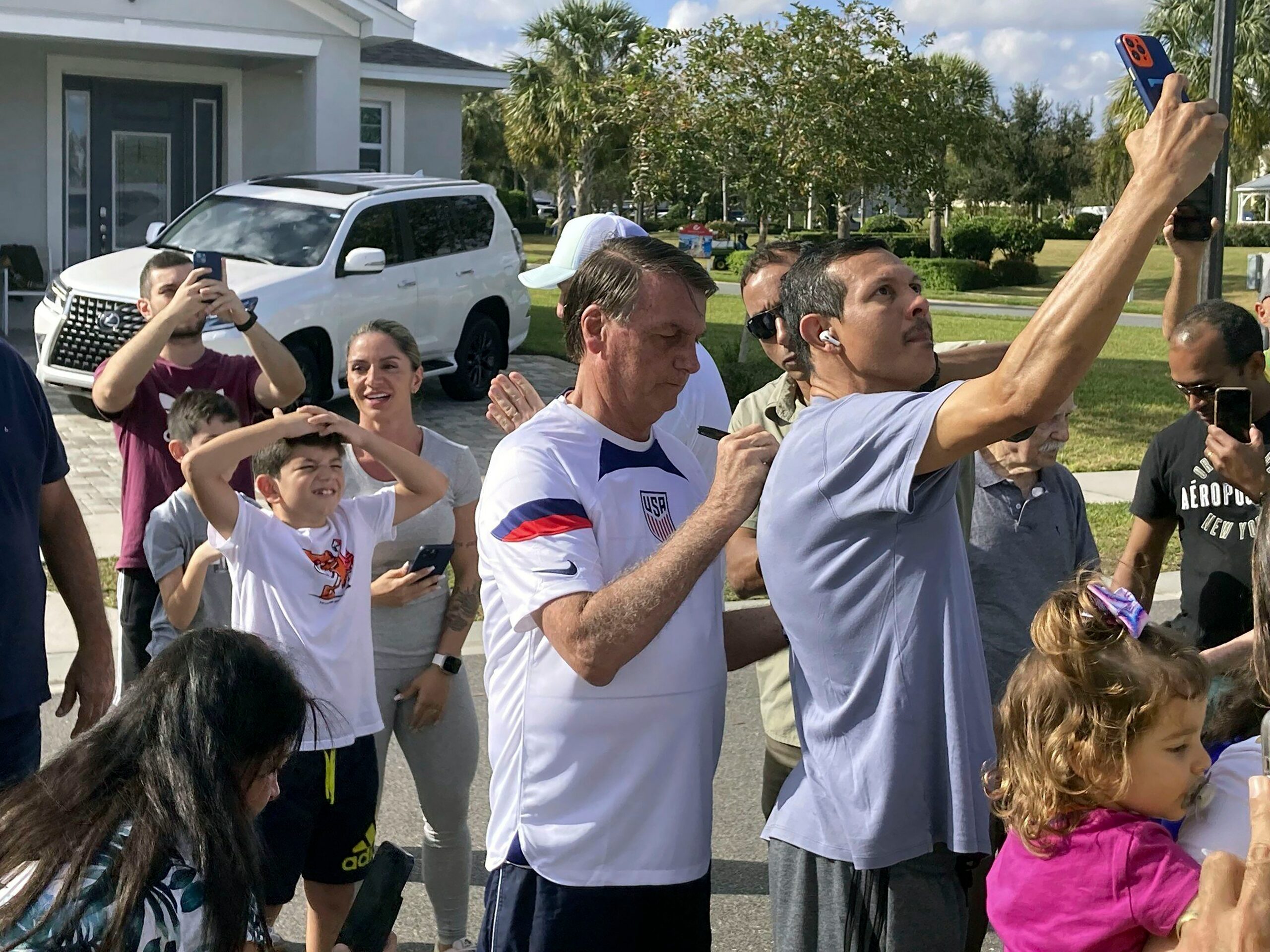 A group of 46 Democratic congressmen asked this Thursday the President’s government Joe Biden That revoke diplomatic visa or any permission that the Brazilian ex-president, Jair Bolsonarohave to be on US soil.

In a letter, the legislators also demanded that the government investigate any action that may have been taken in the United States to help or coordinate the break-in of the buildings of the three branches of power that took place this weekend in Brazil by supporters of the former president.

“We must not allow Bolsonaro or any other former Brazilian official to obtain refuge in the US to escape justice for crimes they may have committed” in Brazil, the congressmen wrote in the letter.

The legislators assured in their letter that former President Bolsonaro entered the US with an A-1 visa, which is granted to diplomats or officials.

“Since you are no longer the president of Brazil or currently serving as a Brazilian civil servant, I we request that you reassess your status in the country to determine if there is a legal basis for your stay and to revoke any diplomatic visa you may have”, the congressmen pointed out.

The US government has not yet ruled on what legal status Bolsonaro maintains in the United States.

However, State Department spokesman Ned Price said last Monday that people entering the US on an A-1 visa have 30 days to leave the country if they are no longer part of a government.

“If an A visa holder is no longer engaged in official business on behalf of that government, it is incumbent on that visa holder to leave the US or request a change to another immigration status within 30 days,” Price told the reporters.

Bolsonaro is, presumably, in the state of Florida, where he traveled on December 30, two days before the end of his term and Luiz Inácio Lula da Silva succeeding him.

According to the press, he returned to the house where he is staying in Orlando on Tuesday night after, according to family sources, he was hospitalized for abdominal pain as a result of the aftermath of the attack with a knife he suffered in 2018.

After the attacks on Sunday, some 1,500 Bolsonaro protesters were arrested by the Brazilian authorities, after they stormed the headquarters of the three powers, with the intention of overthrowing the progressive Lula da Silva, a week after he assumed the head of state in Brazil.

There is no extradition request

The senator Tim Kainealso a Democrat and head of the Senate Foreign Relations committee, told the portal Political that if the US receives an extradition request, it must be dealt with.

“I think we must be receptive if there is a legitimate criminal proceeding and there is an extradition request,” the legislator told the news portal.

At the moment, neither the US nor Brazil have confirmed that there is already an extradition request, despite the fact that Bolsonaro has several pending accounts with the Brazilian Justice.

If he were to show up, he assured EFE the political analyst and professor of the Georgetown University in Washington michael shifter, the Biden government “must treat it very seriously.”

The US has assured that it is waiting for any request for help from the Brazilian authorities in the investigations related to the attack on Sunday.

In addition to Bolsonaro, the former Minister of Justice Anderson Torres It is also on US soil. A prison order hangs over him for the alleged “omission” of him, as responsible for the security of Brasilia, in the coup attempt perpetrated on Sunday by thousands of radical Bolsonaristas.

Torres announced on Tuesday his imminent return to Brazil to make himself available to Justice, something he has not yet done.

Meanwhile, silence reigns in the Republican Party about the situation in Brazil.

Former President Donald Trump (2017-2021), who during his tenure maintained a good relationship with Bolsonaro and with whom he has been compared, has not commented on the events of the weekend or on the presence of the Brazilian leader in Florida.

The 67-year-old far-right leader can face problems with the Justice system on his hypothetical return to Brazil, where he is being investigated in four open criminal proceedings during his tenure (2019-2022).

One of them seeks to clarify whether he interfered politically and illegally in the decisions of the Federal Police to protect his family, while he is also iInvestigated for spreading false news about the covid-19 vaccineand discourage the use of the mask at a time when it was mandatory throughout the country.

Another case refers to the leak of secret Police documents with which he wanted to feed his discredit campaign against the electronic voting system, which Brazil has used since 1996 without being denounced, although Bolsonaro considers, without evidence , which is fraudulent.

On this issue of electronic ballot boxes, it also faces various administrative actions in the Superior Electoral Court (TSE), which, ultimately, could serve as the basis for his possible political disqualification.

On January 1, Bolsonaro lost the privileged privilege he held as head of state.

Now, the former ruler can be tried in the first instance by a common magistrate, although, in terms of ongoing investigations, that decision depends on the authorization of the higher judicial authorities.

However, Bolsonaro has not been formally accused in any case; he only appears as investigated, that is, the processes are in their initial phase.

In order for them to go ahead, the Public Ministry would have to file a complaint with the Justice, which would then decide whether to open a trial against the former president. Only in that case could he eventually be sentenced.

“Festa da Selma”: what does the code that the Bolsonaristas used to coordinate the invasion of Brasilia mean