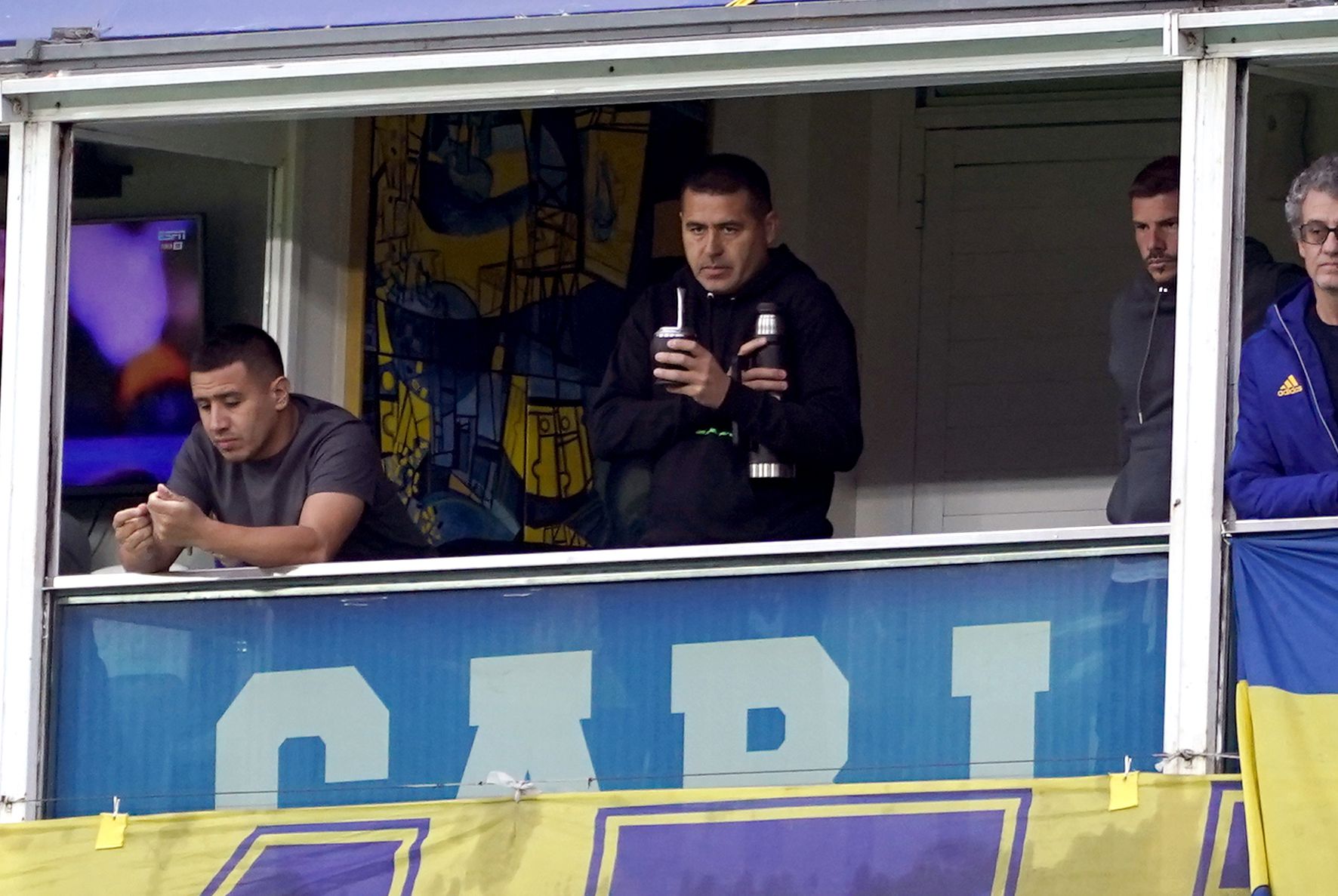 Boca Juniors won the Superclásico against River Plate, thanks to both Darío Benedetto. In this way, Xeneize was placed just two points from the top and dreams of fully fighting for the championship.

John Roman Riquelme He spoke after the triumph in the Bombonera and not only highlighted the work of the squad, but also told an intimacy as a premonition of the squad in the barbecue they ate on Friday: “The boys said they were going to make a set piece goal and they did.”

In turn, he hinted at Marcelo Gallardo, who in the previous one had declared: “We feel comfortable going to the Boca field, it stimulates us”. In this sense, the vice president and one of the greatest idols of Xeneize declared: “River when he comes to the Bombonera knows he is going to suffer”. And he added: “Today a new barbecue is being prepared because we were convinced that we were going to win.”

“We knew that they were going to come out with a line of five, with three in the background, and yet it was overcome”, clarified Riquelme, who in dialogue with ESPN assured: “We became a football club again. La Bombonera is a party, with people celebrating, and for that we are very grateful to the players and the coaching staff. Boca was deserving of the victory. It didn’t surprise us that River played with three at the bottom and that’s why we were superior in that first half. We respect them and it is always nice to see Matías Suárez on the field, because he is one of the best”.

“And as for Darío Benedetto, he needed to score a goal and for that we and the people are very happy. But I don’t play the Superclásico anymore and now what we know is that we suffer on their court and River suffers on the Bombonera. But our team always competes”, he remarked. Román later highlighted the fact that Boca returned to play in the Bombonera after a long time with the public. “And when people start jumping, it’s amazing. And when the teams came out on the field, it looked like a Cup final. Afterwards, sometimes you win and sometimes you don’t, but when we win we are very happy, ”he said.

“Our coach, Hugo Barra, is the best right back in our history, very simple in his concepts. When he started and had some adverse results, we knew they were going to talk about his lack of experience, but now we are all happy for the coaching staff and their players, ”he said about the new xeneize coach. “Ibarra deserves the place he occupies today. He earned it directing the reserve and we are very happy with the work that is done in inferiors. Today Luca Langoni played well and Martín Payero also made his debut in a superclásico and he did it in the same way. We also have a great goalkeeper like Agustín Rossi; Alan Varela seems like a big player and not a boy, and Guillermo pole Fernandez is a magnificent player. And for me, Juan Ramírez always plays well. I love him”, he highlighted.

Riquelme also highlighted that after the 0-3 with Patronato the group became very strong. “Against Colón we had five casualties and the boys took charge. And we have been missing the best player in the country for two and a half years, Sebastián Villa, and that is a loss for all of Argentine football. As for Rossi, a very important offer was made to him recently and if he wants to accept it we would all be very happy. And if he does it this week, all the better.”

Now Lanús is coming (it’s last) as visitors and it will be very difficult, because after winning a superclásico the most complicated thing is the next game”, he warned. “But Boca is the best team in Argentina and for Marcelo Gallardo to say that River feels comfortable playing here is logical, because the Bombonera is the most beautiful stadium in the world, and that is due to our fans, who really make it move” , he lashed out with his fine irony. Finally, he revealed: “The barbecue that takes place on Fridays showed that all the players were very involved in this game. They said that we were going to score a goal against River with a stopped ball and they complied”.

Esteban Bullrich’s message after River Plate’s defeat in the Superclásico: “This bank account to the greatest since intensive care”

The very hard blow suffered by Rodrigo Aliendro in the Superclásico between Boca Juniors and River Plate: he retired in tears