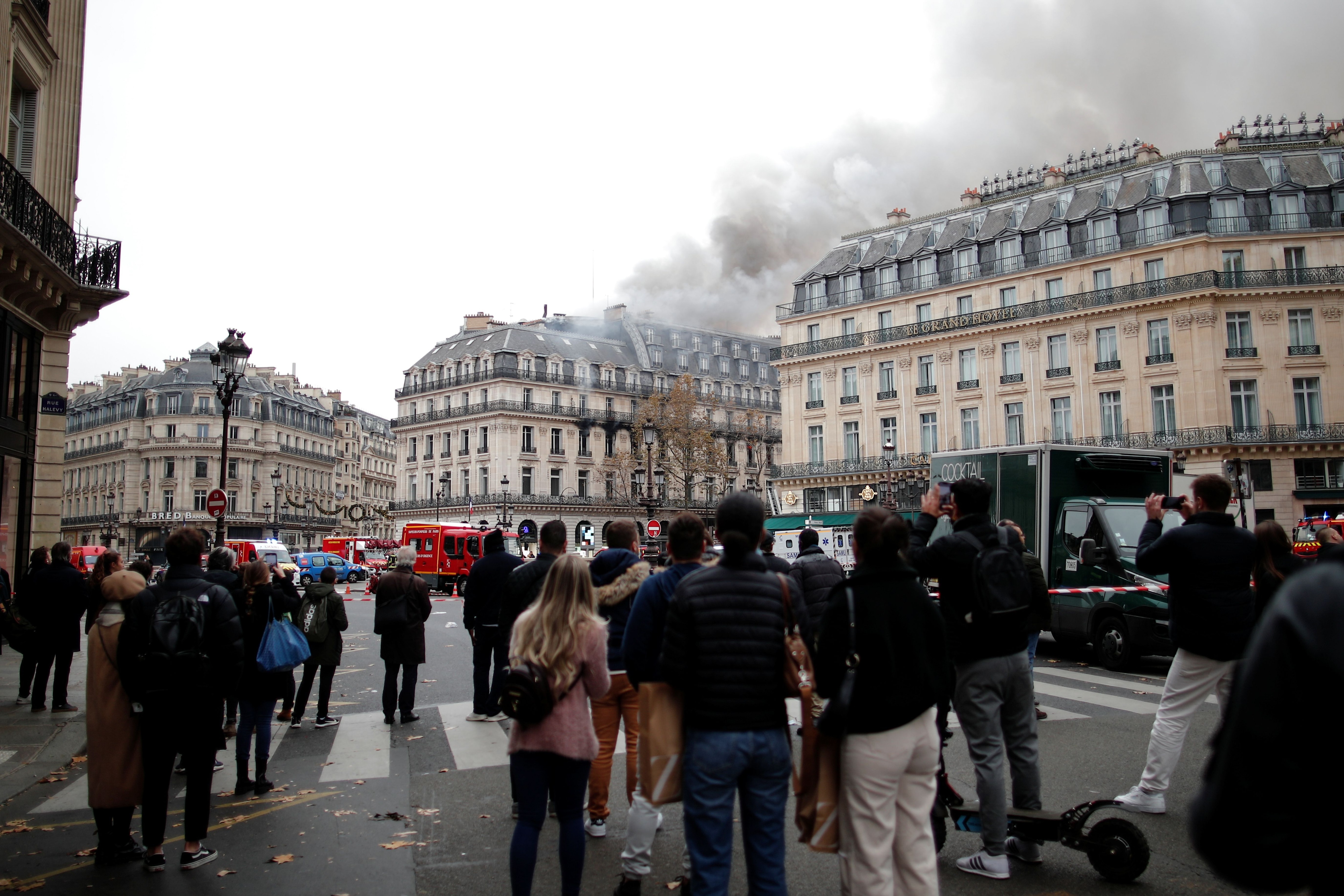 A big fire occurred this Saturday morning in Paris in a building near the Opera Garnier.

The building, located at number 17 Boulevard des Capucines, ignited in flames and long plumes of smoke could be seen from afar.

The fire started at 10.30 a.m. (local time) in a office on the third floor of the building, consisting of seven floors.

Unfolded five hoses, as well as two drones and articulated elevators, which allowed observing the fire from the air.

The building is located between the 2nd and the 9th arrondissement of Paris, just 300 meters from the iconic Opera Garnier Parisian.

For the moment no casualties or injuries from the fire have been reported.

At the scene there was a hundred firefighters working to put out the flames and prevent them from spreading. The causes of the incident are unknown.

No evacuation took place and residents left the building on their own, French media reported.

The investigation will have to determine the causes and circumstances of the fire, but “No element” allows you to make a decision about it for the momentauthorities said.

A security cordon has been deployed and French firefighters and police asked citizens to avoid the area.

“Intervention in progress on the boulevard des Capucines, Paris IX. Avoid the area and do not unnecessarily obstruct emergency lines. Residents, be careful”, Published the official account of the Paris firefighters on Twitter.

A spokesman for the fire brigade said at noon in Paris that the fire is not yet fully controlled, but they are working primarily to prevent it from spreading.

The Place de L’Opera has been closed along with the nearby metro station.

The Opera Garnier is one of the most characteristic buildings of the Parisian landscape and it was Napoleon III who ordered its construction to the architect Charles Garnier and was inaugurated in 1875. It is one of the oldest musical institutions in Europe.

Behind the great Paris Opera, on Haussmann Street are the 1912 Galeries Lafayette, a luxury goods store, with an imposing dome in the center.

Paris on a journey: from Louis XIII via Bonaparte to Lady Di

A terrorist stabbed police officers in Paris shouting “Allah is Great”: he was wounded and arrested

The most secret apartment in Paris is in the Eiffel Tower