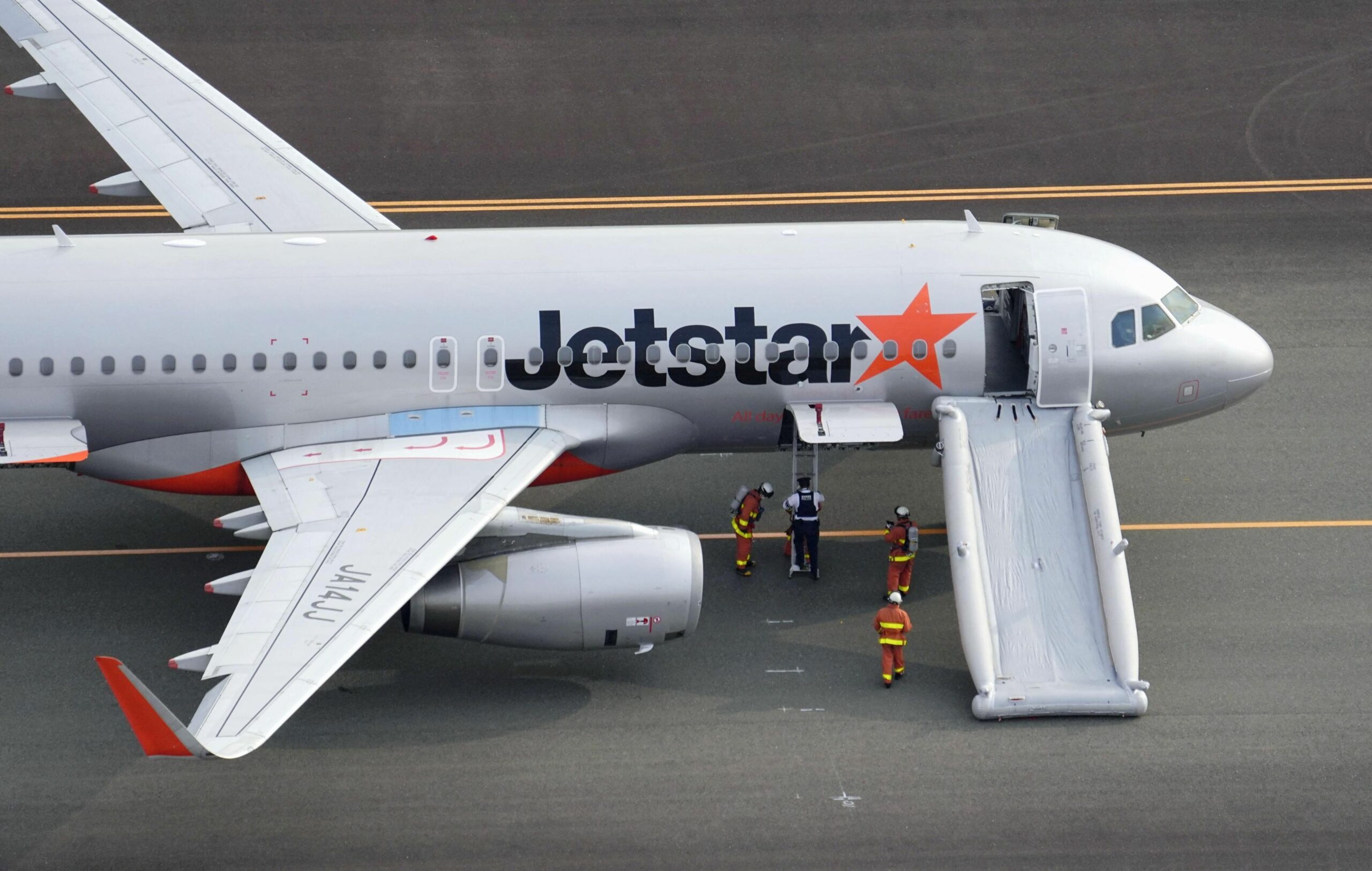 A plane of the Japanese company Jetstar Japan made a emergency landing in a Aichi prefectural airportin the center of the country, after an alleged bomb threat.

They were on the plane 136 passengers Y six crew memberswho were forced to evacuate the aircraft due to the emergency slides. According to the authorities, at least five people have been injured during the evacuation.

The plane maneuvered the crash landing around 07:30 local time at the Chubu region airportaccording to information from the Japanese news agency nhk. However, the plane left from the narita airportnear the city of Tokyo and was destined for the fukoka airportin southwestern Japan.

Sources close to the incident assured that the Narita airport received a call from Germany around 06:20 in the morning (local time) and that the voice of a man, in English, claimed to have placed a explosive in cargo room of the Jetstar plane. The alleged perpetrator demanded to speak to a company executive or else would detonate the bomb.

According to the authorities, so far no suspicious object has been located on the plane. The Japanese airport closed its runway temporarily but at this time operations have returned to normal.

“Jetstar Japan is working closely with Chubu Airport and local authorities to investigate the situation,” the company said, declining to comment further.

Last October, a flight from American Airlines what was going from Miami to Barbados returned to the airport after the cabin was filled with a strong chemical smellthe authorities reported.

Flight 338 departed from Miami International Airport, but had to return due to fumes from a passenger’s carry-on luggage, spokesman Greg Chin told Associated Press.

The passengers and crew exited the aircraft at the airfield and were evaluated by the Miami-Dade County Fire DepartmentChin added. They were then transported by bus back to the terminal.

American Airlines reported in a statement that all passengers were offered hotel accommodation.

It was not immediately clear how many passengers were on the plane.

(With information from Europa Press and The Associated Press)

Hot air balloon that left Teotihuacán collapsed with tourists on board; four people were injured

A Cessna-type plane crashed in a ranch in Reynosa, Tamaulipas