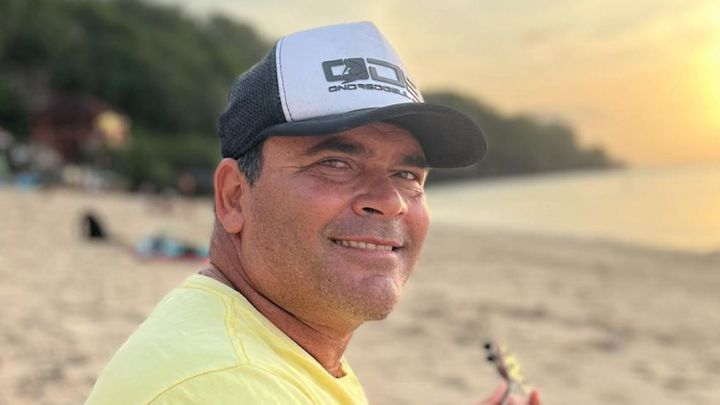 the world of surf pays tribute this Friday to the legendary Brazilian Marcio Freirewho died practicing this sport in the popular giant waves of nazaréin the center of Portugal.

Freire was one of the pioneers brazilian surfers that appeared in the documentary “Mad Dogs” (2016) on the attempt to conquer the giant wave “Jaws” in the US archipelago of hawaii.

“A 47-year-old man, of Brazilian nationality, died this afternoon after a fall practicing tow-in surfing in Praia do Norte,” said the National Maritime Authority of Portugal it’s a statement.

“The lifeguards found that the victim was in cardiorespiratory arrest, so resuscitation maneuvers began immediately on the sand,” he continued.

“After several attempts it was not possible to change the situation,” he said.

Local sources asked about the AFP indicated that the victim was Marcio Freireveteran of surfing XXLwho lived twenty years in Hawaii, an international mecca for this sport.

Always according to these sources, the sea conditions were not especially dangerous this Thursday.

Your fellow surfer Thiago Jacaré He paid tribute on Instagram to his friend, describing him as “more than an idol” and a “true hero.”

“We have lost one of our own,” the Portuguese wrote on the same social network nic von rupp.

“Today I saw him surfing all day in Nazaré with a huge smile. With that huge smile is how I will remember him ”, he added.

North Beach offers exceptional conditions for surfing giant waves due to a geological phenomenon called the ‘Nazaré Canyon’: a fault in the seabed 170 km long and 5 km deep that causes the force of the sea to propel itself to the surface at reach the coast.

In that place, the German Sebastian Steudner He set the world record for the biggest wave ever surfed, riding an 86-foot (26.2-meter) wave on October 29, 2020.

Several accidents had occurred at the site since the American Garett McNamara discovered the beach to the big wave surfing community in the early 2010s, but none had been fatal until Thursday.

Damar Hamlin’s question upon waking up that surprised the doctors

“This is incredible”: Ja Morant’s attitude that ignited the debate in the NBA, mockery or mischief?