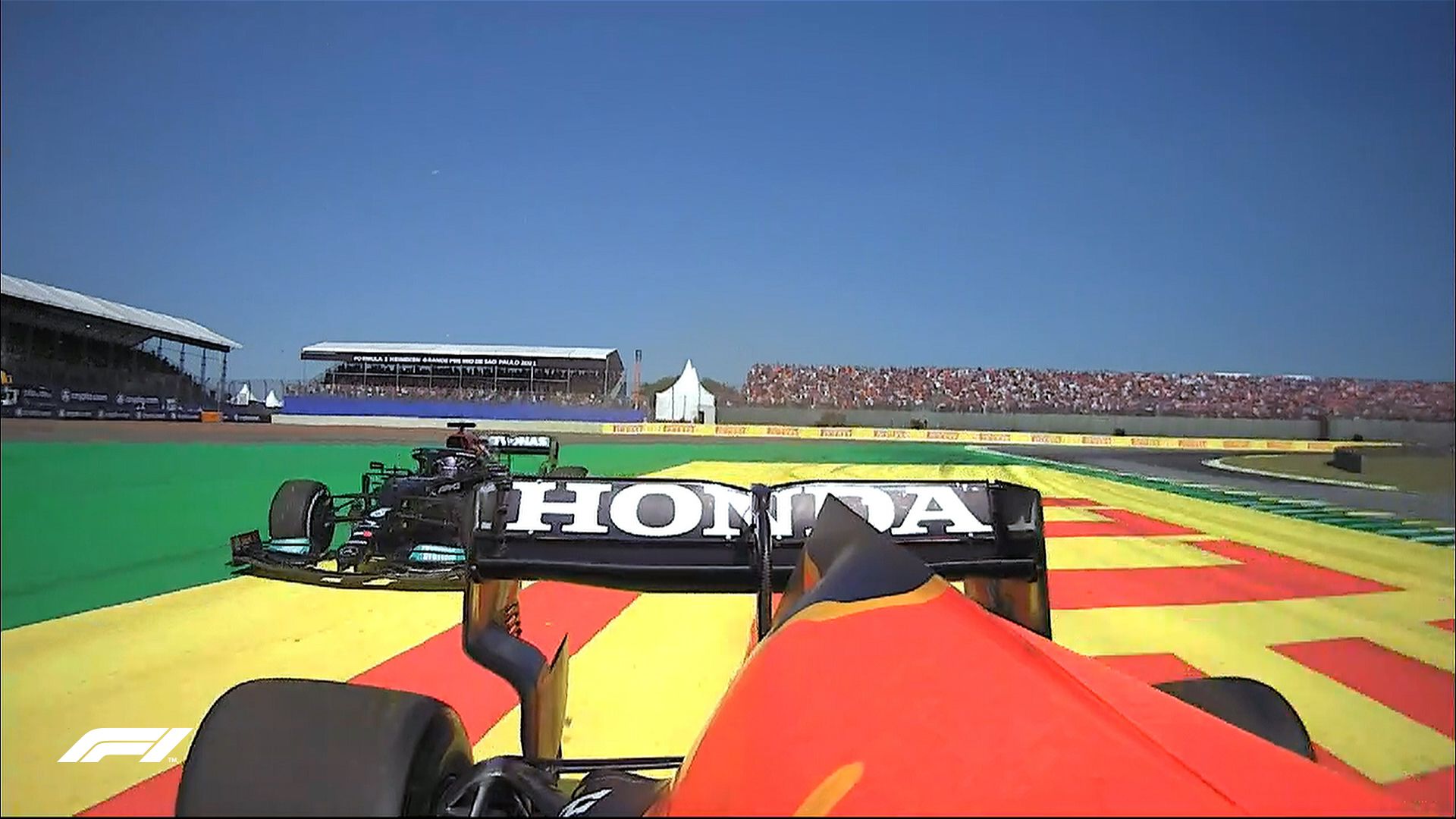 We will have to wait until the end of the season, but without a doubt that the Brazilian GP was placed on the calendar as one of the best races of the year. The bid they kept Max verstappen and Lewis hamilton for several rounds of leadership it was exciting. One of the maneuvers that most freaked out fans is, in turn, one of the most controversial of the appointment: the British finished off the track and the Dutch continued for a couple of laps as the lead.

The immediate review of the race stewards determined that it had not occurred nothing illegal during that 48th turnBut the battle for that fact continued off the track with Turn 4 taking center stage. Mercedes demanded a “right to review” this maneuver and in the next few hours there will be a hearing between the parties.

“The Mercedes-AMG Petronas F1 Team confirms that today we have applied for a right of review under article 14.1.1 of the International Sporting Code, in relation to the incident at turn 4 between car 44 and car 33 on lap 48 of the Brazilian Grand Prix, based on new evidence not available to Commissioners at the time of their decision”, Warned the team that leads the championship so far by just 11 points.

The “new tests” you referred to are the images of the camera on board the Red Bull that unveiled Formula 1 hours after Interlagos. It should be noted that during the race the FIA ​​stewards can only analyze the broadcast images and that is why when new optics of the scene appeared, the debate was renewed. Michael Masi, race director, recently acknowledged before the portal MotorSport that this could modify the decision they made during the Brazilian GP: “We didn’t have access to the onboards, we only looked at the broadcast cameras, as I said before, which is basically what we have access to”.

“The opposing points of view, the 360 ​​… there are many camera angles that we do not have live,” he explained at the same time. “Could be” a problem for Red Bull if in the on board they visualize that Max threw the car on Lewis: “We did not have access to those angles and obviously they are unloading. Once the rights owner provides them, we will look at them. “

It will not be the first time that onboard camera angles have mediated the battle for positions several days after the appointment. In 2020 Red Bull put on a similar presentation against Hamilton that ended up pushing him three positions back on the starting grid.

Anyway, for Mercedes this complaint is a win / win as they took first place at Interlagos with an imposing performance by Hamilton and any eventual sanction that the FIA ​​could define against Verstappen would benefit them. In the next few hours there will be a meeting between all the parties and the commissioners will determine if finally the new evidence is enough to reopen the investigation into the maneuver.

Although there are no details so far as to what the punishment could be on the Dutchman, there is a detail that is not minor: Valtteri Bottas crossed the finish line just over 3 seconds after Verstappen did. In case of a 5-second infraction, the Finn could jump to second place and the Dutchman would give up three points in the tournament. They could also run a punishment on the Red Bull driver ahead of the Qatar GP next weekend.

Despite the fact that it sounds difficult for the FIA ​​to rule something against Verstappen on a situation that it did not consider reviewing in detail during the race, any eventual sanction he executes could turn the drivers’ championship upside down with three dates to go. The Red Bull driver marches at the top with 332.5 points, but with only 14 points of difference over the Mercedes driver.

It is not a minor detail what happened throughout the weekend in Brazil. Hamilton suffered a double penalty which forced him to start last in the sprint race and then start five positions behind what he had achieved. At the same time, Verstappen had to pay a fine of 50 thousand euros for touching the Briton’s vehicle, something that the authorities visualized – in part – by filming a fan from the rostrum.

Bottas won the sprint in Brazil: the maneuver that surprised Verstappen, the relentless comeback by Hamilton and the dart to Red Bull