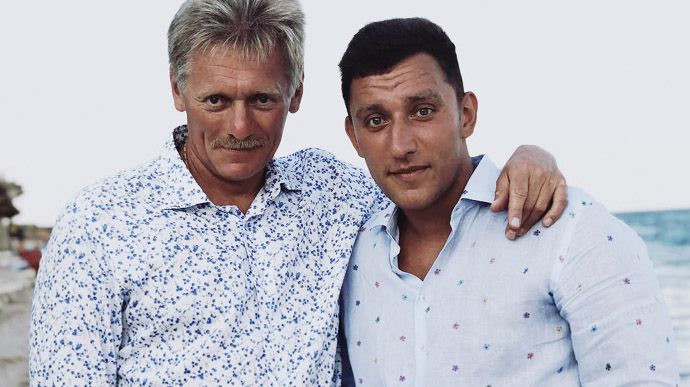 Kremlin spokesman Dmitri Peskov on Thursday defended his son Nikolai, accused of refusing to be mobilized after the publication of a telephone conversation that went viral on the internet.

In the video, a blogger calls the Russian spokesman’s son live and poses as an army recruiter in charge of calling up mobilized reservists, following President Vladimir Putin’s announcement.

“A summons has been sent to you today,” he says. Dmitri Nizovtsevhost of popular politicsa YouTube channel created by members of the Circle of Jailed Russian opponent Alexei Navalny.

“In it, there is a number that you have to call and tomorrow, at 10:00 in the morning, you have to go to a call center,” continues the blogger, in a serious tone.

Nikolai Peskov, 32, looks puzzled for a moment and then replies: “Obviously, I won’t go tomorrow at 10:00 in the morning”, implying that he would not allow himself to be conscripted into the army.

“You must understand that, being a Peskov, it is not right for me to be there,” he added. “I will solve the issue on another level.”

“I have no problem defending the homeland. But first I have to understand what I can do as far as I am concerned, ”she said to justify herself.

On Thursday, asked about this video, Dmitri Peskov told journalists “to be aware” but assured that “the full text (of the conversation) was not published.”

On Wednesday, Putin announced a “partial mobilization” involving some 300,000 reservists with “military experience”. Many Russians fear, however, that the deployment will be much larger.

The president explained that the activities related to this mobilization will start this Wednesday and stressed that only reservists, mainly those with experience, will be called up, as reported by the Russian news agency TASS.

“Citizens of the reserve and those who were in the army who have experience will be recruited. All those recruited will have additional trainings that will take into account the military conflict,” Putin said during his address.

After the announcement of Putinmassive protests were registered throughout the country that ended with at least 1,300 detainees.

Now him kremlin seeks to punish those protesters and began sending some of them convocation papers to join the army.

According to NGO OVDwhich he encrypted in 1,453 the number of detainees, some of them had their phones taken away. “There are isolated cases of preventive arrests through the facial recognition system in the subway. Information was received from four police departments that detainees were served with a summons to the military registration and enlistment office. At the Falcon Mountain Police Department, one of the detainees was threatened with a criminal case and a sentence of ten years for refusing to receive a summons.”