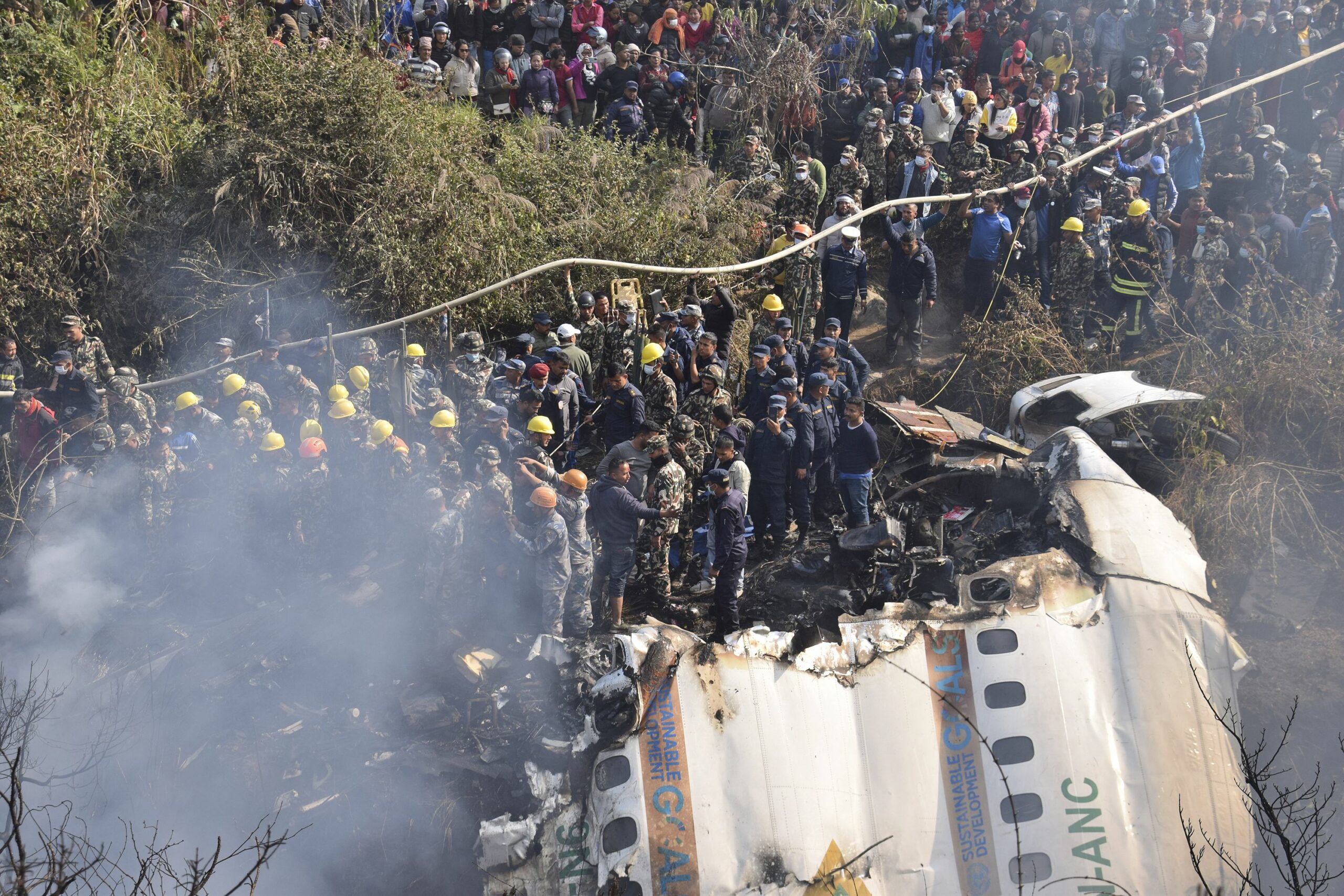 They are 30 seconds in which the smile turns to absolute tragedy. From laughter, to fire and to the deafening noise of despair. The shocking video released by The Times of India is the recording of a live broadcast from the Facebook account of the Indian citizen Sonu Jaiswalwho was traveling in the ATR 72 of the Yeti Airlines company that crashed this Saturday.

Jaiswal, 35, used his phone to live stream the landing of the flight. He focuses on selfie mode and then turns the camera around to reveal the ship and the rest of the passengers. He sticks the lens out the window until the sinister surprises him. The images become blurry, the mobile falls and only noises are heard. Finally, seconds before the image is cut off, all that is seen is fire.

Apart from Jaiswal, three other friends were traveling with him on the ship: Abhishek Kushwaha, Anil Rajbhar and Bishal Sharma. The whole group was ghazipur in the Indian state of Uttar Pradesh.

“The video is from Sonu’s Facebook profile,” confirmed his cousin Rajat Jaiswal. to the The Times of India “Sonu was on Facebook live after boarding the flight to Pokhara. The live broadcast showed that Sonu and his companions were in a good mood, but flames suddenly appeared before the broadcast stopped,” he stated.

At least 67 people, including an Argentine, died this Sunday when Jaiswal’s plane crashedin which 72 people were traveling.

The ship, a ATR 72 of the company Yeti Airlines from Kathmanduthe Nepalese capital, crashed shortly before eleven in the morning local time (05:15 GMT) near Pokhara (center), where it was supposed to land.

“31 (corpses) have been taken to hospitals,” police officer AK Chhetri told AFP, adding that another 36 bodies were found in the ravine where the plane crashed on Sunday.

Pokhara is an important crossing point for foreign pilgrims and mountaineers.

The Argentine was identified as Jannet Sandra Palavecino, 58, mother of two daughters and a native of the province of Neuquén (southwest). On board were another 14 foreigners: five Indian citizens, four Russians, two Koreans, one Australian, one Irishman and one Frenchman, airline spokesman Sudarshan Bardaula said.

The burned-out fuselage of the device was in a deep ravine between the old Pokhara airport, created in 1958, and the new international terminal in this city, inaugurated on January 1.

After the accident, rescuers tried to put out the fire among the remains of the device, an ATR 72 powered by two turboprop engines.

At night, in the middle of the charred vegetation, soldiers extracted bodies from the plane’s wreckage with the help of ropes and stretchers, an AFP journalist confirmed.

A representative of the local authorities assured that “some survivors” were taken to the hospital, but this information was not confirmed by Yeti Airlines or by other officials.

In a statement dated Toulouse, in southwestern France, ATR, the plane’s manufacturer, specified that it was a 72-500 model, adding that its specialists were “fully committed to supporting both the investigation and the client.” Yeti Airlines.

In a video shared on social media whose authenticity AFP could not verify, the plane is seen flying low over a residential area before banking sharply to the left, followed by a loud explosion.

“I was walking when I heard a loud explosion, as if a bomb had exploded,” said Arun Tamu, 44, who was some 500 meters from the impact site and who broadcast a live video of the plane’s wreckage on social networks. calls.

A history of plane crashes

Nepal’s aviation sector has grown a lot in recent years, both in the transport of goods and tourists. However, due to lack of staff training and maintenance issues, companies often suffer from security issues. The European Union therefore prohibited all Nepalese carriers from entering its airspace.

The Himalayan country also boasts some of the most remote and challenging tracks in the world, flanked by snow-capped peaks that make approaching them challenging even for experienced pilots.

The companies indicate that Nepal does not have the infrastructure to establish accurate weather forecasts, particularly in the most remote regions and with difficult mountainous relief, where fatal accidents have been recorded in recent years.

This Sunday is the deadliest accident in Nepal since 1992, when all 167 people on board a Pakistan International Airlines plane died when it crashed near Kathmandu.

In May 2022, the 22 people who were traveling on board a plane of the Nepalese company Tara Air -16 Nepalese, four Indians and two Germans- died when the device crashed.

In March 2018, 51 people were killed in the crash of a US-Bangla Airlines plane that crashed near Kathmandu International Airport, in a notoriously difficult situation.