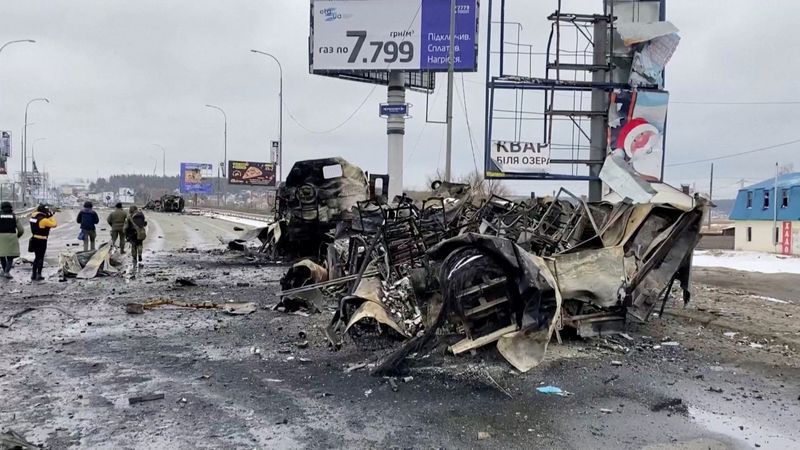 Investigators from the International Criminal Court left for Ukraine on Thursday to begin investigating possible war crimes.said the chief prosecutor of the court in an interview.

Karim Khan said to Reuters that his office would see if there were evidence of war crimes, crimes against humanity and acts of genocide -crimes under the jurisdiction of the court- by all parties to the conflict.

When asked about reports of artillery attacks on towns and cities in Ukraine, Khan said: “Any side that targets, targets directly, civilians or civilian objects is committing a crime under the Rome Statute and international humanitarian law.”, referring to the statute that created the Court.

Hundreds of Russian soldiers and Ukrainian civilians have died since President Vladimir Putin sent his troops across the border on February 24.

Russia denies targeting civilians and says its aim is to “disarm” Ukraine and arrest leaders it falsely calls neo-Nazis.

The International Criminal Court (ICC)which has 123 member states, prosecute those responsible for the worst atrocities when a country is unable or unwilling to do so.

Neither Russia nor Ukraine are members of the ICC and Moscow does not recognize the courtwhich opened in The Hague in 2002.

Ukraine signed a declaration in 2014 giving the court jurisdiction over alleged serious crimes committed on its territory from 2014, regardless of the nationality of the perpetrators.

“The law of war continues to apply and we have clear jurisdiction,” Khan said. “This is a reminder to all factions, to all parties to the conflict, that they must conduct themselves in accordance with the laws of war.”.

If war crimes are found to have been committed in Ukraine, Khan said, his office will follow the evidence up the chain of command, to the highest levels of political and military office.

“Anyone who is involved in a conflict must realize that they do not have a license to commit a crime“, said.

The initial prosecution team sent out Thursday is made up of investigators, attorneys and people with particular expertise in operational planning.

Prosecutors have said they will also examine possible crimes in the conflict dating back to the Russian occupation of the Crimean peninsula in 2014 and the activities of pro-Russian separatists in Donbass.. Khan’s office has previously said he had reasonable grounds to believe rapes took place in Ukraine.

The prosecutor’s 2020 annual report, based on preliminary investigations, cited alleged murder and torture in Crimea and targeting of civilians, torture, murder and rape in eastern Ukraine.

Wednesday andhe UK led efforts with the international community to speed up an International Criminal Court (ICC) investigation into Russia’s war crimes in Ukraine. The initiative is supported by 38 countries, which would be the largest alliance in history to bring a case to the ICC.

“An investigation by the International Criminal Court into Russia’s barbaric acts is urgently needed and it is right that those responsible be held accountable. The UK will work closely with allies to ensure justice is served,” Truss said.

Infobae in Ukraine: the young man who escaped the Russian bombing in Kharkov and saw on television how his house was destroyed

Russian invasion of Ukraine LIVE: Zelensky accused the Kremlin of trying to erase the Ukrainian territory and its history

Lviv, the last station before Poland: to escape from the war or return to it

Russia and Ukraine agreed to talk on the border with Belarus