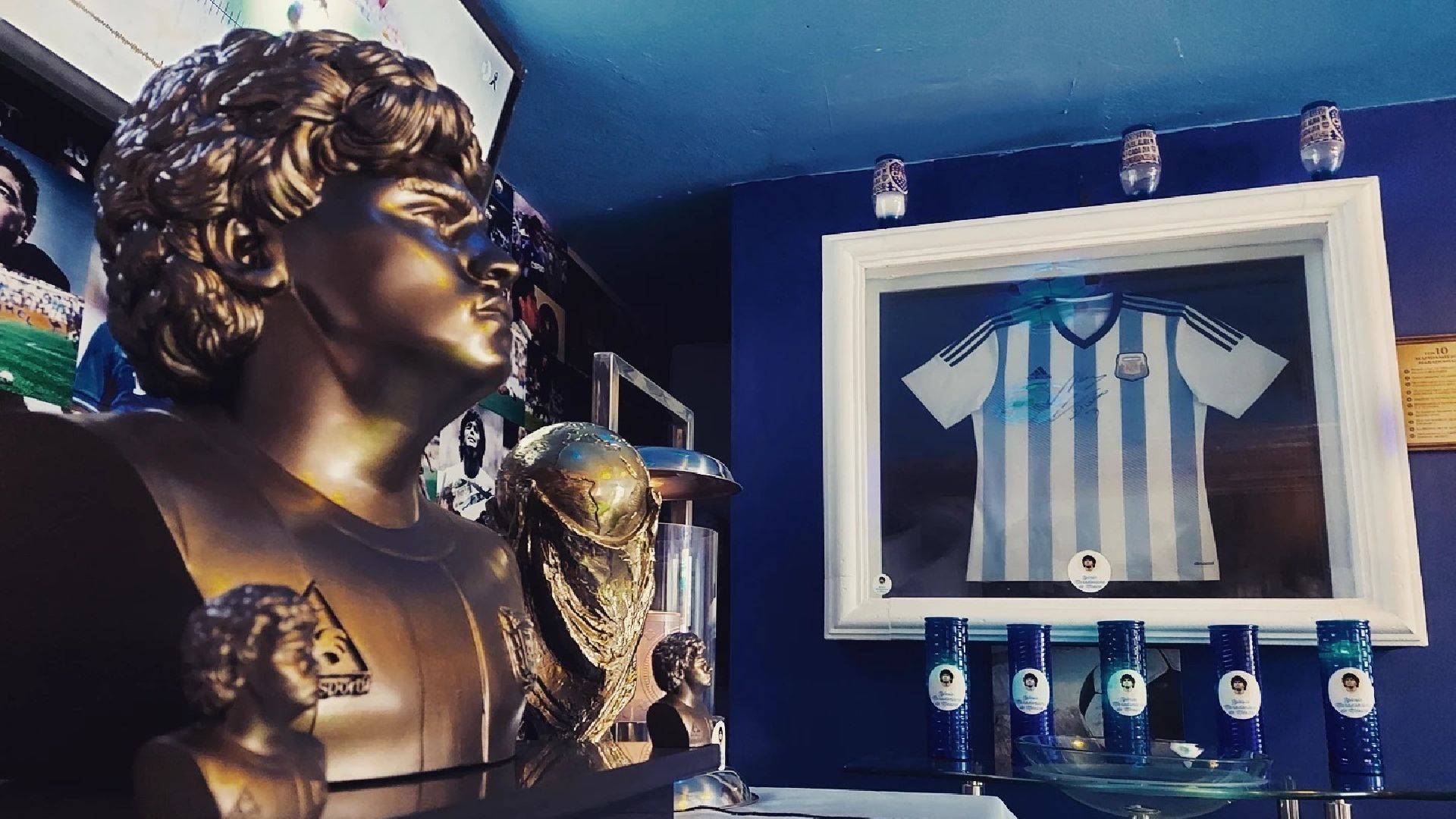 One year after death of the Argentine soccer star, Diego Armando Maradona, his fans around the world now have a ceremonial center in Mexico to worship him.

This is the second “Maradoniana Church” (the other is in Rosario, Argentina), which is located at number 1204 5 de Mayo Street, in the Magic Town of San Andrés Cholula, in town.

This small space almost touched by “The hand of God” – phrase of the two-time world champion with the Albiceleste national team – was founded last July by Marcelo salvador buchet, an Argentine restaurant owner who has been living in the country for 20 years.

“What motivated me a lot was the gratitude, thanks to Maradona because he gave us an identity as Argentines. I stay whit that. I stay with the person. Everyone judges the person, but he said he wanted to be an example in football and not in life”, He told the agency EFE during its inauguration.

Upon entering the place, you enter a football dimension, where the path to the altar is made of synthetic grass accompanied by ball mats, while on the sides there are seats for the parishioners, which are decorated with signed jerseys from the idol of the teams he wore and coached: Argentinos Juniors, Boca Juniors, Barcelona, ​​Napoli, Sevilla, Newell’s Old Boys, Racing Club, Dorados de Culiacán and Gimnasia y Esgrima.

Also, the walls are upholstered with images of “El Pelusa”, flags of Argentina, replicas of the trophies you won and two screens that project videos of their matches and goals, both in the national team and in their clubs.

According to Buchet, there is no better place to open another temple due to the great bond that Maradona has with Mexico, since in 1986 was crowned world champion in the Aztec stadium, being the best memory for his compatriots; besides that in 2018 came to be the technical director of Culiacán Dorados, a team from Sinaloa belonging to Liga Expansión MX, which he guided twice to the final, although he did not achieve promotion.

However, Marcelo clarifies that this church is not only for football lovers, but for all those who wish to do social work, because it does not charge to enter the place, nor does it accept tithes and neither does it ask for consumption, because right there they are given coffee or mate, although it invites people who have the possibility donate food to the neediest communities of the state of Puebla.

“People can visit us every day except Monday, from noon to 12 noon. If someone wants to come and sit down, have a coffee or just be, go ahead. But if you want to bring rice, beans, milk, diapers, whatever, we are going to collect it, we are going to take it to the Sierra or to many places that need it. And we also invite you to go and do it with us, so that you can see that it is delivered in the hands of the people, “he said recently in an interview for Millennium.

He assured that the Maradoniana Church of Mexico not intended to offend or insult anyone; Well, you have seen how people has accepted it quite well, despite being in a municipality with more than 300 Catholic churches. In fact, symbolically, people can get married, baptized or perform any symbolic act there. Although he acknowledged that he has received criticism through the Church’s social networks

“It’s a bit easy to write there, they kill you a little bit, but the people who have come come to take photos, to be here. Ironically I already have requests for a christening and wedding. It is something that we did not have contemplated, but soon we will give it ”

Although he does not know the cost of the investment, the Argentine says that many of the things he already had and it is not difficult for him to get rid of them, because prefer to share with people: “It’s what I’m used to.” For Marcelo, the legacy of this idol of the courts is remarkable.