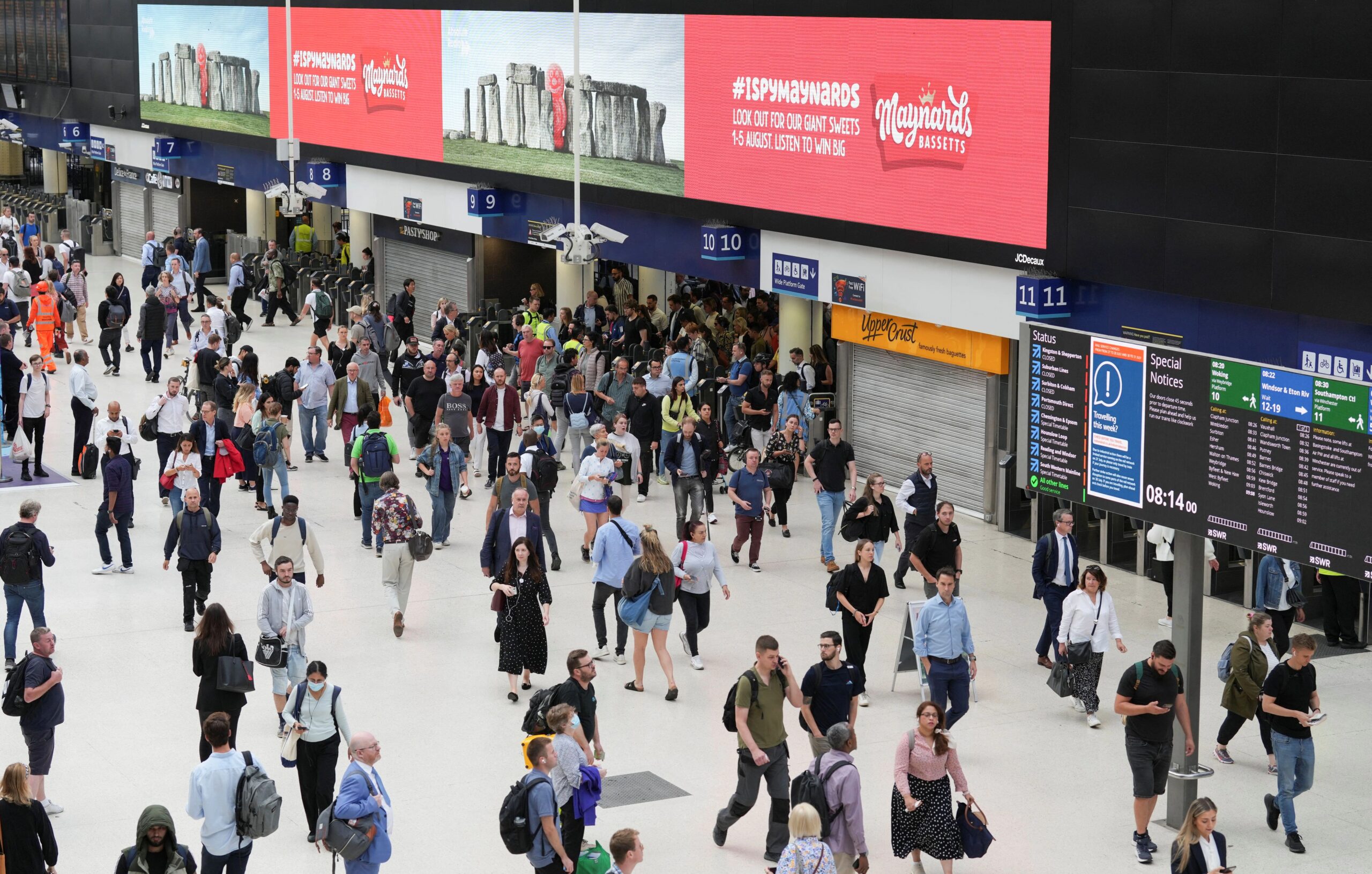 Rail transport in much of the UK is severely restricted this Saturday due to a strike by train drivers from nine companies.in the first of several scheduled sector stoppages this week.

Most intercity trains connecting London with the north of England, Scotland and south Wales have been canceledwhile in various regions of the country, mainly in the center and south of England, no train will circulate until Sunday morning.

As a result of the dispute between some 6,500 train drivers and railway operators over the rise in wages, the Overgroundthe underground lines of the British capital that circulate on the surface.

Four unions that group workers in the sector will go on strike this weekso it is expected that only a fifth of the usual services will be in operation for some days.

Starting Thursday, nearly 40,000 RMT union members employed at 14 railway companies and track operator Network Rail will carry out two 24-hour strikes that will bring transport to a standstill again next weekend, when disruptions are also expected in the London suburban.

Mick Lynch general secretary of the union Aslefwhich brings together train drivers, today assured the BBC that the Government requires railway companies not to offer wage increases of more than 2%despite the fact that inflation in the United Kingdom touched 10% in July.

A spokesman for the Ministry of Transport branded “completely false” that accusation.

“We have said from the beginning that we expect the unions and the industry to reach a fair agreement for employees, passengers and taxpayers,” the Ministry said.

More than 1,900 workers of the English port of Felixstowe, the UK’s largest maritime trading facility, handling nearly half of the country’s container trafficannounced an eight-day strike, between August 21 and 29.

The Unite union explained that Workers have rejected the offer of a 7% salary increase, considering it “significantly below” inflation, which rose to 9.4% in June and is expected to reach 13% this year.

“The strike will cause a huge mess and it will create gigantic shock waves in the UK supply chain, but this dispute has been completely manufactured by the company itself,” Bobby Morton, a national spokesman for Unite, told the media.

In this sense, the union recalls that labor relations “were already tense”, since workers only received a salary increase of 1.4% last year.

Felixstowe, on the east coast of England, handles 4 million TEUs (20-foot container equivalent units) each year and benefits from its proximity to European ports such as Le Havre (France), Antwerp (Belgium) and Rotterdam (Netherlands).

Through its facilities passes, in addition60% of commercial traffic between the United Kingdom and Asia.

Unite’s general secretary, Sharon Graham, said that Felixstowe Dock and Railway Company, the firm that runs the port, and its parent, Hutchison Port Holdings, “are both hugely profitable and incredibly wealthy”, so believes they are “fully capable of paying their staff a fair wage.”

“The company has prioritized offering multimillion-dollar dividends over paying its workers a decent wage,” he added.

The United Kingdom is getting ready for the biggest train strike in three decades: 40 thousand employees and 72 hours of unemployment