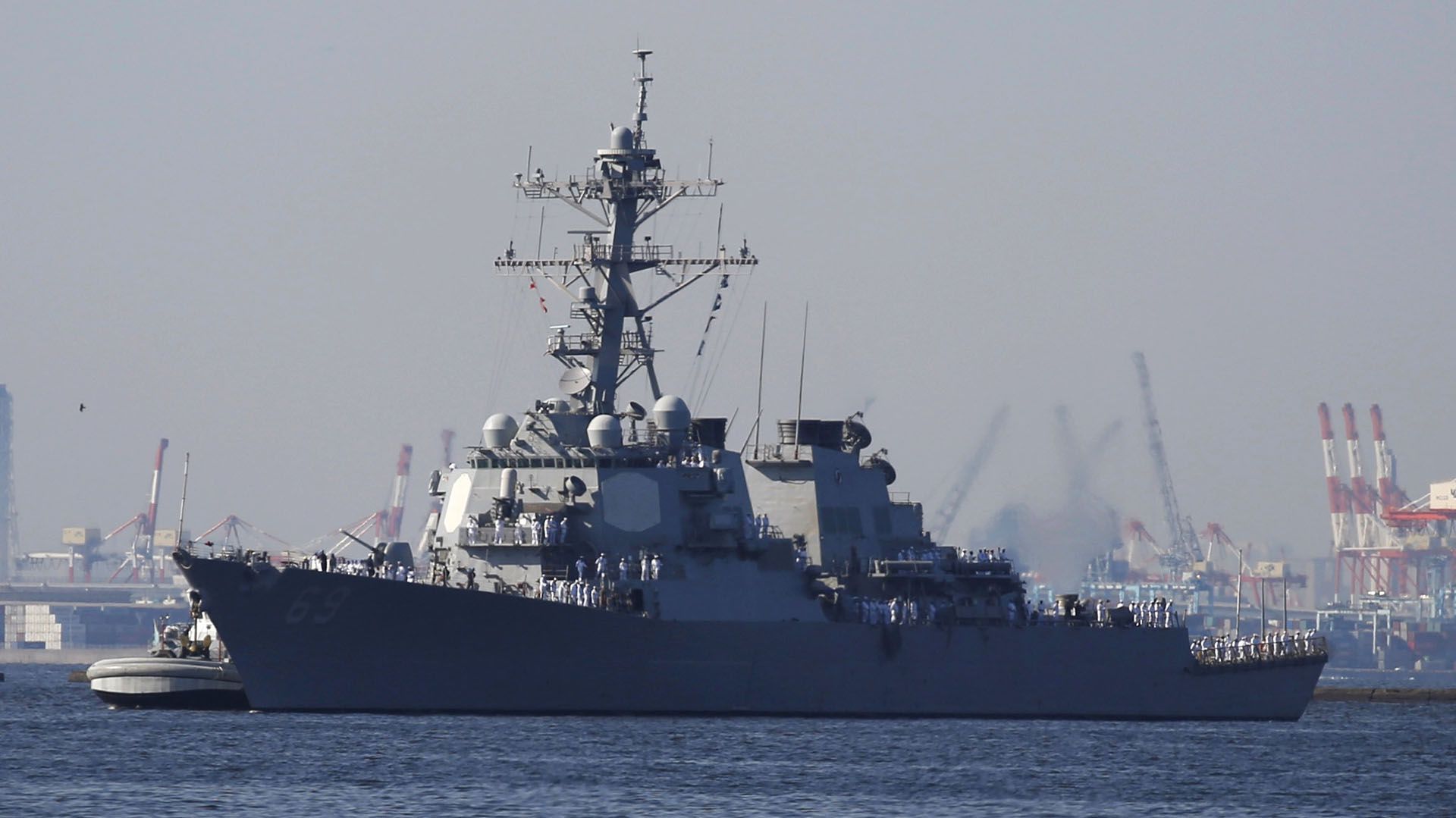 A US warship sailed through the strait between Taiwan and mainland China on Tuesday, the Navy said, in the first such maneuver since the virtual meeting between Joe Biden and Xi Jinping the previous week.

The passage through the Taiwan Strait of destroyer USS Milius, equipped with Arleigh Burke-type guided missiles, was a routine maneuver, the US Seventh Fleet said in a statement.

The journey, the 11th of this style so far this year of the so-called freedom of navigation exercises, “Demonstrates America’s Commitment to a Free and Open Indo-Pacific”Says the statement.

The maneuver occurs a week after the virtual summit between President Joe Biden and his Chinese counterpart Xi Jinping, in which both leaders exchanged warnings about the situation in Taiwan.

This island governed democratically and claimed by Beijing is focus of major tensions between the two great world powers.

US warships often cross the Strait between Taiwan and mainland China, arousing the anger of Communist authorities who regard the island and the surrounding waters as part of their territory.

Instead, the United States and its allies see that route as international waters open to any passage.

A growing number of US allies have transited the route as Beijing intensifies its military threats to Taiwan and consolidates its grip on the disputed South China Sea.. British, Canadian, French and Australian warships have crossed the Taiwan Strait in recent years, sparking protests from Beijing.

Chinese Foreign Ministry spokesman Zhao Lijian denounced the latest transit as a “deliberate attempt to disturb and undermine regional peace and stability.” And he warned: “The United States must immediately correct its mistake, stop causing problems, cross the line and play with fire.”

Collin Koh, a researcher at Singapore’s S Rajaratnam School of International Studies, maintains a database of declared transits by the United States through the Taiwan Strait.

The US accused the Maduro dictatorship of “depriving Venezuelans of their right to free and fair elections.”