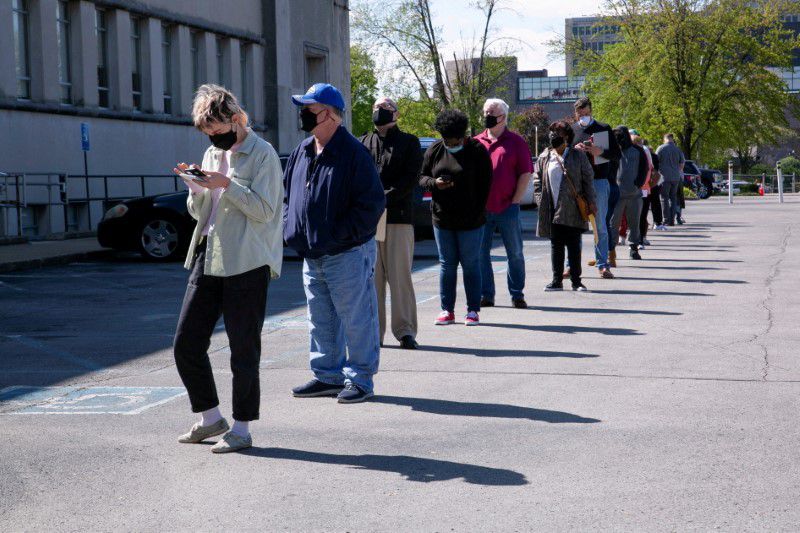 A US government watchdog said fraudulent unemployment benefits paid during the pandemic could amount to up to $45.6 billion, much more than previous estimates.

The US Department of Labor’s Office of the Inspector General said Thursday that it charged more than 1,000 people of fraud for claiming unemployment insurance (UI) to which they were not entitled.

“This milestone of 1,000 people charged with crimes involving UI fraud and the identification of $45.6 billion in potentially fraudulent UI payments highlights the magnitude of this problem,” said Inspector General Larry D Turner it’s a statement.

The scammers may have taken the funds by applying for unemployment benefits in several stateswith suspicious emails or using the identity of deceased persons or federal prisonerss, the OIG said in its latest report.

“Hundreds of billions in pandemic funds attracted fraudsters looking to exploit the UI program, resulting in historic levels of fraud and other improper payments,” Turner said.

The potential fraud lasted from March 2020 to April 2022, but despite repeated warnings about the problems to the department’s Employment and Training Administration, “as of the date of this alert memo, ETA has not taken sufficient steps to implement these recommendations,” the report says. said

The new total is almost USD 30 billion more than the last estimate in June.

At the beginning of the pandemic, Congress implemented massive programs of financial aid that provided increased benefits for tens of millions of workers who had been laid off.

Officials at the time acknowledged that some of the programs could be flawed, but stressed the need to distribute aid quickly.

The report says that the programs present “a high value target” for criminal groups to exploit.

In a letter to the OIG included in the report, ETA said it is “committed to continuing their efforts” to identify and combat “new types of sophisticated fraud that are continually changing.”

He also outlined the steps he has taken in response to earlier warnings from the watchdog, but took issue with some of the report’s charges, including the observation that workers can file claims in multiple states with some limits.

Amid the economic crisis and the pandemic, a US hospital chain sued 19,000 patients