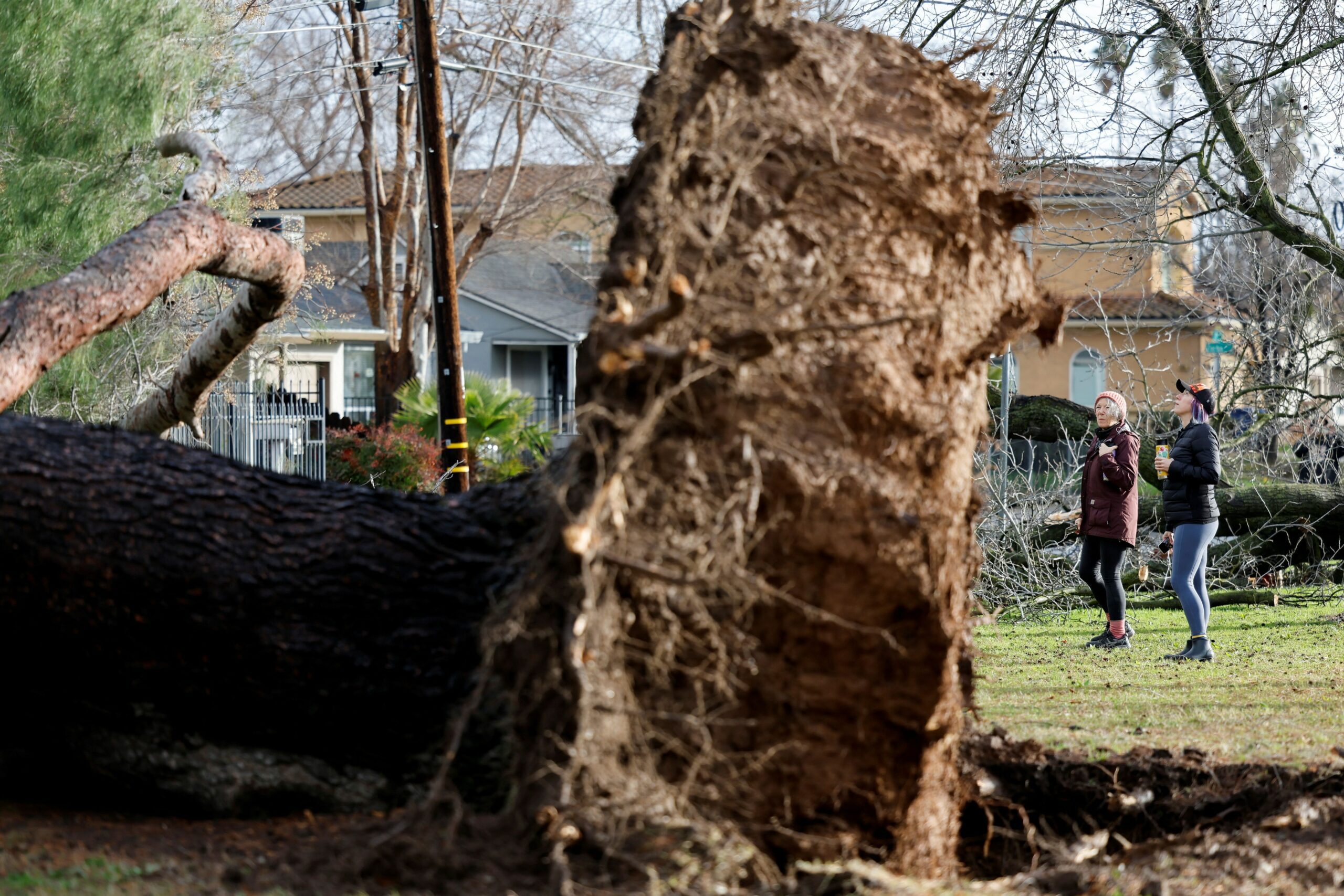 More than 560,000 California homes lost power tonight due to what the The US National Weather Service warned of a “relentless parade of atmospheric rivers” in the coming week, which will bring heavy rain and mountain snowfall. Atmospheric river storms are long columns of moisture that extend from the Pacific and are capable of causing large amounts of rain and snow.

The cyclones are part of a huge storm system that reached northern California on Friday night and reached the center of the state the next day, between flood warnings for Monterey, Santa Cruz, Sonoma, Mendocino, Humboldt or Sacramento counties. , reports the Los Angeles Times.

The wet weather comes after several days of rain in California. A recent series of systems have left thousands of people without power, flooded rivers, inundated streets and killed at least six residents.

Californians are preparing for the worst starting Monday, when the second of the five major storms expected over the next few days will arrive, according to the expert of the State Department of Water Resources, Michael Anderson.

The first of the storms is scheduled to arrive Monday, and the weather system has issued a flood watch for a large swath of northern and central California, where 6 to 12 inches (15 to 30 centimeters) of rain is expected through Thursday. Wednesday in the Sacramento area.

In the Los Angeles area, light rain was forecast through the weekend and stormy conditions beginning Monday, with up to 8 inches (20 centimeters) of precipitation at the foothills. Strong surf is expected through Tuesday, the National Weather Service said.

The storms won’t be enough to officially end California’s current drought, but they have helped.

What is a bomb cyclone

A bomb cyclone is a large, intense mid-latitude storm that has low pressure at its center, weather fronts, and a range of associated weather conditions, from blizzards to heavy thunderstorms and precipitation. It becomes a pump when its central pressure drops very rapidly, at least 24 millibars in 24 hours. Two famous meteorologists, Fred Sanders and John Gyakumgave this pattern its name in a 1980 study.

When a cyclone “bombs” or suffers a bombogenesis, this indicates that it has access to the optimal ingredients to strengthen itself.such as high amounts of heat, humidity, and rising air. Most cyclones do not intensify rapidly in this way. Bomb cyclones put forecasters on high alert, because they can produce significant damaging impacts.

The east coast of the US is one of the regions where bombogenesis is most common.. This is because storms in the mid-latitudes – a temperate zone north of the tropics that includes the entire continental US – get their energy from large temperature contrasts. Along the east coast of the US during the winter, there is a strong natural thermal contrast between the cold land and the warm Gulf Stream.

Over the warmer ocean, heat and humidity are abundant. But when cold continental air moves overhead and creates a large temperature difference, the lower atmosphere becomes unstable and buoyant. The air rises, cools, and condenses, forming clouds and precipitation.

With information from AFP and AP

More than a million people without electricity and almost 7,000 flights canceled due to the storm that hits the US

Bomb cyclone in the US: how long will the historic snowfall that has already claimed the lives of at least 11 people last?