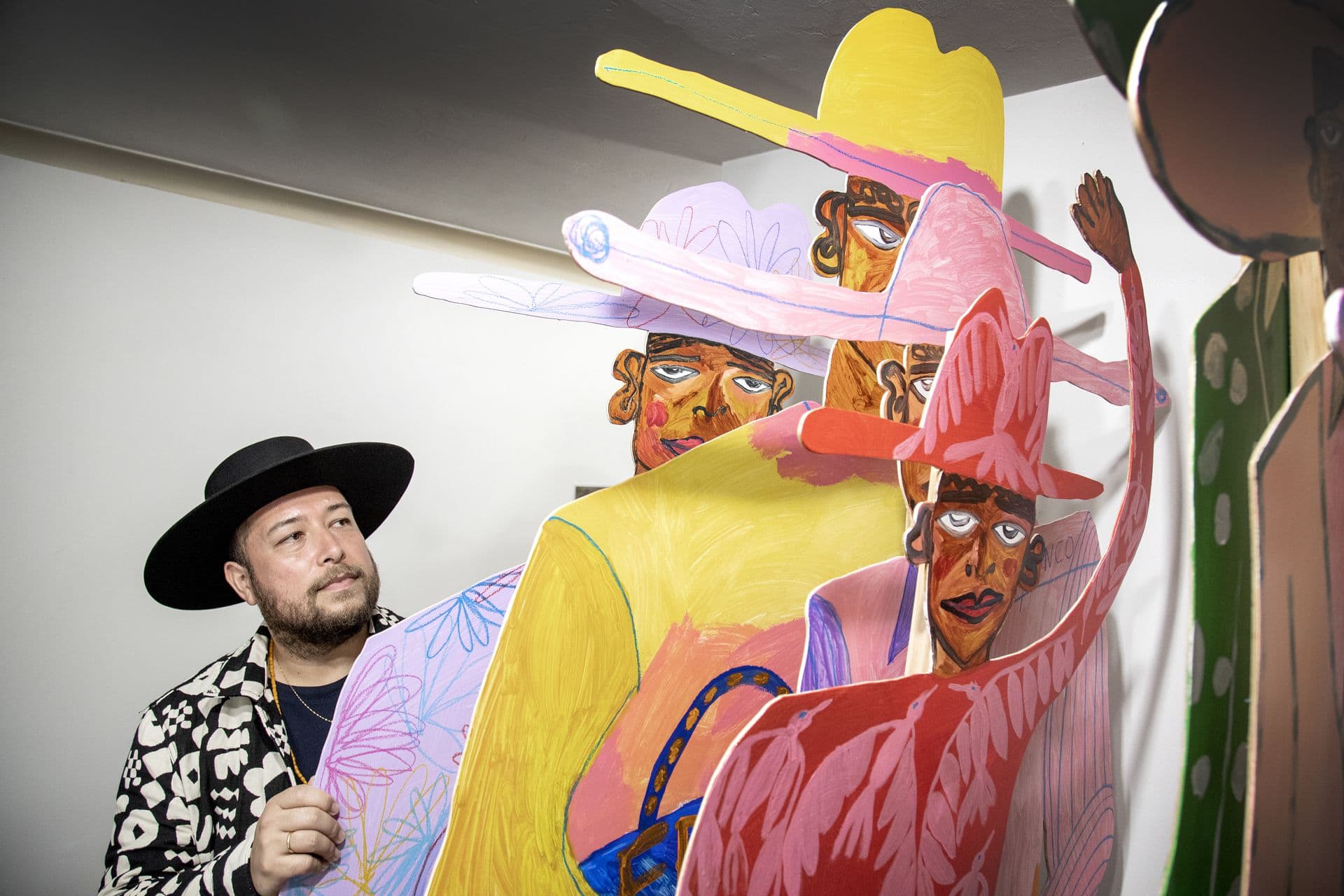 Studio Lencaa Salvadoran artist based in London, will present in Miami Art Week a large installation of wooden figures of 20 immigrants, created in collaboration —precisely— with as many flesh and blood immigrants. His goal is to “amplify the voice”, as he put it, of those who have to leave their countries. “I am a immigrant artist and this project is very important to me,” the creator, whose real name is Jose Campos and whose work explores notions of identity in contemporary society through the representation of Latino figures.

The artist was born in The Savior and during the civil war in his country (1979-1992), when he was five years old, his mother took him to USAwhere he lived with her as undocumented until they could regularize their situation. “My mom is still cleaning houses in San Francisco,” she said in an interview at a Fountainhead Residency house, an organization that supports artists. Studio Lenca spoke as she put the finishing touches on the outfit that she will wear at the opening of Gossip.

The installation, part of a larger sample from El Salvador, titled neither from here nor from therecan be seen in the space dedicated to Special Projects of the fair Untitled, one of the satellites of the famous Art Basel Miami Beach.

It may interest you: Art Basel Miami Beach: 15 activities that you cannot miss

Studio Lenca made Gossip in collaboration with 20 Central American and Mexican immigrants who work in domestic service, construction or agriculture and “fight for better working conditions” with the help of the organization We Count.

The immigrant figures in the installation, unlike the immigrants in real life, do not seek to go unnoticed but to attract attention.

Drawing inspiration from the costumes of the Salvadoran folkloric dancers known as the historians, Studio Lenca painted their characters with jackets and pants in bright colors and with striking motifs, such as large white polka dots on a green background. The figures, which together in the installation look like a chaotic group, also wear big hats, because to wear —says the author— means “to take up space”. And that is what he seeks with this work: for immigrants to occupy areas where they have no place and make themselves seen and heard.

He himself wears a wide-brimmed black hat during the interview.

On the back of each of these die-cut figures is where the real immigrants have left their artistic mark and their signature. They are drawings of plants as a symbol of “something that grows” and the fact that they are behind the figures is a “metaphor” that immigrants are a support in the lives of the citizens of the country to which they emigrated, says Studio Lenca .

What was the reaction of your collaborators when they saw the finished work? “They are delighted to be a part of something big,” he said. They also want to attend the art fair: they will join you at the opening and witness the performance that you have prepared

After appearing on Untitled, Gossip it will be presented at the Parrish Museum in the Hamptons, in the state of New York, and later at the Museum of Contemporary Art in Dallas, Texas.

The roots of the emigrated artist

Studio Lenca spent a month in El Salvador to learn about museums and local artists from his native country, where he said he has his roots but with which he does not fully identify. “I’m not from here and I’m not from there,” he said, imitating the title of his exhibition in Untitled: neither from here nor from there. There he also shows about twenty paintings on the same theme of immigration, in a different style.

The exhibition is presented by Y.ES Contemporary with the support of Gallery Networkfrom Palma de Mallorca, Spain.

The artist explains that he chose the word Studio as his artistic name because it alludes to something collective and he wants his works to contain not only his voice but that of others.

In the UK, where he started out as a visual artist after training as a dancer in the US and earning an MA from Goldsmiths University, he worked on some of his works with immigrant children who crossed the English Channel. “Society labels them equally,” he points out when comparing them to the undocumented in the United States. “I don’t see much of a difference.”

After its stint at Untitled, Studio Lenca will get to work on a mural in The Underlinea 10-mile linear park, urban trail, and space for public art along the miami river that you have been commissioned.

Where: Ocean Drive and 12th Street, on the beach

When: November 29 to December 3

Miami Art Week in numbers: what is the economic impact of the great art event in the city and the beach?

Pinta, the most Latin American fair of Miami Art Week arrives with news