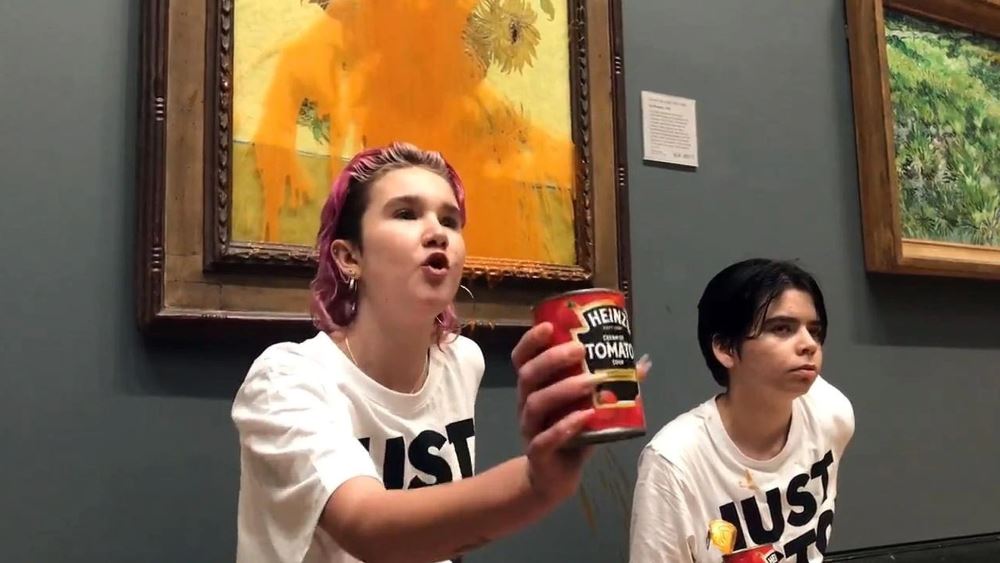 In recent weeks, several environmental groups have carried out attacks against recognized works of art.

A UK court found guilty of causing criminal damage a couple of environmental activists from the Just Stop Oil group, who glued their hands to a painting by Dutch painter Vincent van Gogh in a London art gallery.

The two defendants – a 24-year-old woman and a 22-year-old man – caused £2,000 worth of damage to the gallery during their performance against the work Peach Tree in Blossom. However, the frame, older than the painting itself, has suffered irreparable damage.

Judge Neeta Minhas assured that the frame will not be able to return to its original state after the attack by the activists, while the painting suffered little damage, which could not be considered as something “minor, insignificant, temporary or trivial”.

For her part, Francesca Cociani, defense lawyer for the activists, has questioned whether now, thanks to the attack carried out by her clients, Van Gogh’s work could have increased its value.

For her part, the gallery’s restorer, Karen Serres, has responded with a resounding “no” to Cociani’s question.

In recent weeks, various environmental groups have carried out attacks against recognized works of art by painters such as the Spanish Francisco de Goya, the Austrian Gustav Klimt or Van Gogh himself.

Its main objective is to make climate change visible and the need for international governments to adopt measures to stop it.