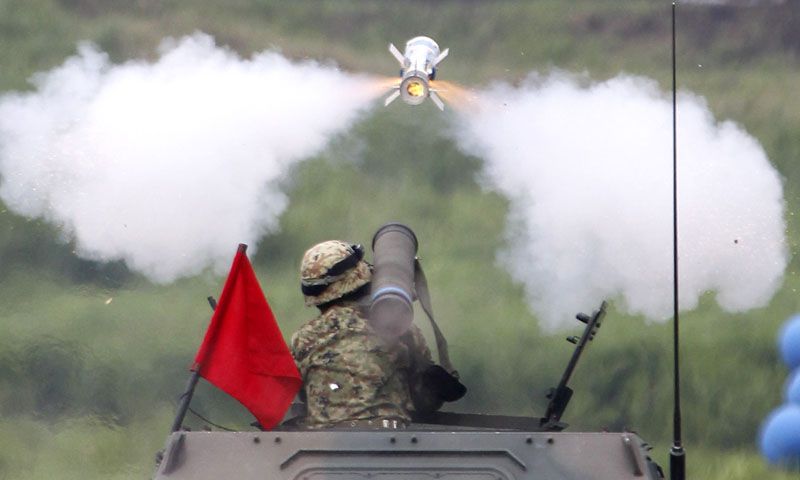 For 70 years, Japan based its strength and global presence on economic competitiveness, not military might.. the threat of China Y Russia they are making this change drastically. In November, Prime Minister Fumio Kishidaannounced a substantial change: it is going to double defense spending, which from now on will take a 2% of the total Japanese economy. And this weekend Kishida ratified his military alliance with the United States with an official visit to President Joe Biden at the White House.

There were three critical moments in recent months that made the Japanese leadership turn the security helm in this way. The first occurred on May 24, 2022 when they approached the coasts of the islands. six fighter-bombers during a joint Sino-Russian military exercise. The planes produced scenes of panic in the halls of Tokyo where an important meeting of the so-called quad group (Quadrilateral Security Dialogue) composed of Australia, India, Japan and the United States. There were diplomatic protests in Beijing and Moscow, but in November they did it again. Again, two Chinese bombers and two other Russian planes flew over the Sea of ​​Japan without warning and without giving up their positions to local radars. And the third incident occurred shortly after the visit of the then speaker of the US House of Representatives, Nancy Pelosia taiwan. China considers the island its own territory and does not admit recognition of its government by other countries. in retaliation launched five missiles into Japan’s exclusive economic zone.

In Tokyo, all the alarms went off and what until then seemed impossible, such as a remilitarization of the country, began to have an unexpected consensus. “China’s conflict with Taiwan puts us at the center of the stage without our having direct interference in events. They force us to strengthen our defense”, explained the former minister nobou kishi during a conference last week.

Everything indicates that Japan is on its way to abandon in a very short time its traditional post-war pacifist security policy which limited defense spending to around 1% of gross domestic product. It will assume an important place in maintaining security in the Indo-Pacific region. That is the basis of the National Security Strategy plan submitted to the Japanese Congress, which includes a plan to double defense spending within five years. This expense – which amounts to about 320,000 million dollars– will finance Japan’s largest military build-up since World War II and involves the third largest defense budget in the world after the United States and China. This includes the development of an arsenal of hypersonic weapons of its own technology and the acquisition of materials with pre-emptive counter capabilities, such as the US Tomahawk cruise missiles.

Japan had already begun to make changes to its defense strategy during the governments of the assassinated former prime minister. shinzo abe (2012-2020). By the end of his tenure, defense spending had risen to almost 10%. In this period, the “Peace Constitution” of the country imposed by the United States after the defeat in World War II was also reinterpreted with a law of Parliament and allowed the Japanese military to mobilize abroad for the first time since 1945. Abe also tried to amend Article 9 of the constitution, which renounces Japan’s “threat or use of force,” but was stopped in the face of huge popular protests across the country.

After the Sino-Russian attacks, things seem to have changed in public opinion. Now, polls show majority of Japanese support military buildup. A poll conducted last August by Jiji Press showed that 75% of Japanese 18-29 year olds supported increased defense spending, and over 60% of that age group were in favor of Japanese “counter capabilities.” Premier Fumio Kishida also changed his position. During his political career and while he held the chancellorship, he was known for integrating the nucleus of “las palomas” among the liberals who opposed the reestablishment of an important military apparatus in the country. He now leads the rearmament position.

Until 2013, when Xi Jinping came to power in China, Japan’s National Security Strategy called China a “strategic partner”. From then on, everything changed. Xi announced that China was going to recapture neighboring Taiwan in order to fully integrate the island into its territory, and the attacks began. At the same time, China launched its policy of building artificial islands to dominate the seas that separate it from its neighbors, including Japan. Now, with the wording of the new Japanese legislation, China represents “an unprecedented and greatest strategic challenge to guarantee the peace and security of Japan.” “China’s incremental but relentless expansionism under Xi has made Japan’s pacifist stance untenable,” the professor wrote. Brahma Chellaney In an article published in the Japan Times.

Russia’s invasion of Ukraine has intensified fears that China could use its military might to recapture Taiwan and impose its presence on its other neighbors. That is why Japan now believes that its security depends to a large extent on that of the Taiwanese. A vision that extends to two other pacifist powers in the Indo-Pacific, Indian and Australian, which are also reviewing their defense strategies against Chinese expansionism. A trend that, moreover, spreads throughout the world. Germany, another pacifist country, also has plans to increase its defense spending to 2% of GDP.. Sweden and Finland will have to allocate a lot more money for their military as they join NATO as a result of the Russian threat and invasion of Ukraine. Britain is already over defense spending of 2% of GDP and has plans to double this budget by 2030. The United States has just increased its already extraordinary military infrastructure by 8%.

The main focus of direct conflict between Beijing and Tokyo is in the East China Sea where China claims sovereignty over the Senkaku Islands which are administered by Japan. In recent months, the Chinese have intensified their sea and air raids on the islands despite Japanese officials refraining from visiting them to avoid causing further incidents. No minister has ever set foot on that ground, which has strategic, but not economic, importance. “But this would have to start to change. If Japan wants to ‘disrupt and defeat’ threats, as the new National Security Strategy says, Japanese leaders must act proactively to beat China at its own game”, wrote Professor Brahma Chellaney, of Indian origin and an expert on the subject at the Robert Bosch Academy in Berlin.

With Prime Minister Kishida’s visit to Washington, the military alliance to face the Chinese threat will be formalized. The United States will provide Japan with 400 to 500 Tomahawk missiles that can hit missile sites in China or North Korea., the other great enemy who spends his time testing his rockets above the islands. Japan also wants to protect its space-based defense assets, which include satellite-guided bombs and a Japanese version of the US Global Positioning System, from China’s growing anti-satellite arsenal. The White House has already announced that it will expand the longstanding US security treaty with Japan to cover attacks in space.

All this increases the uncertainty in this Era in which we are dangerously close to the positions that the world had in the 1930s and 1940swith strong nations and armies that ended up confronting each other in the worst global military tragedy we have experienced so far.