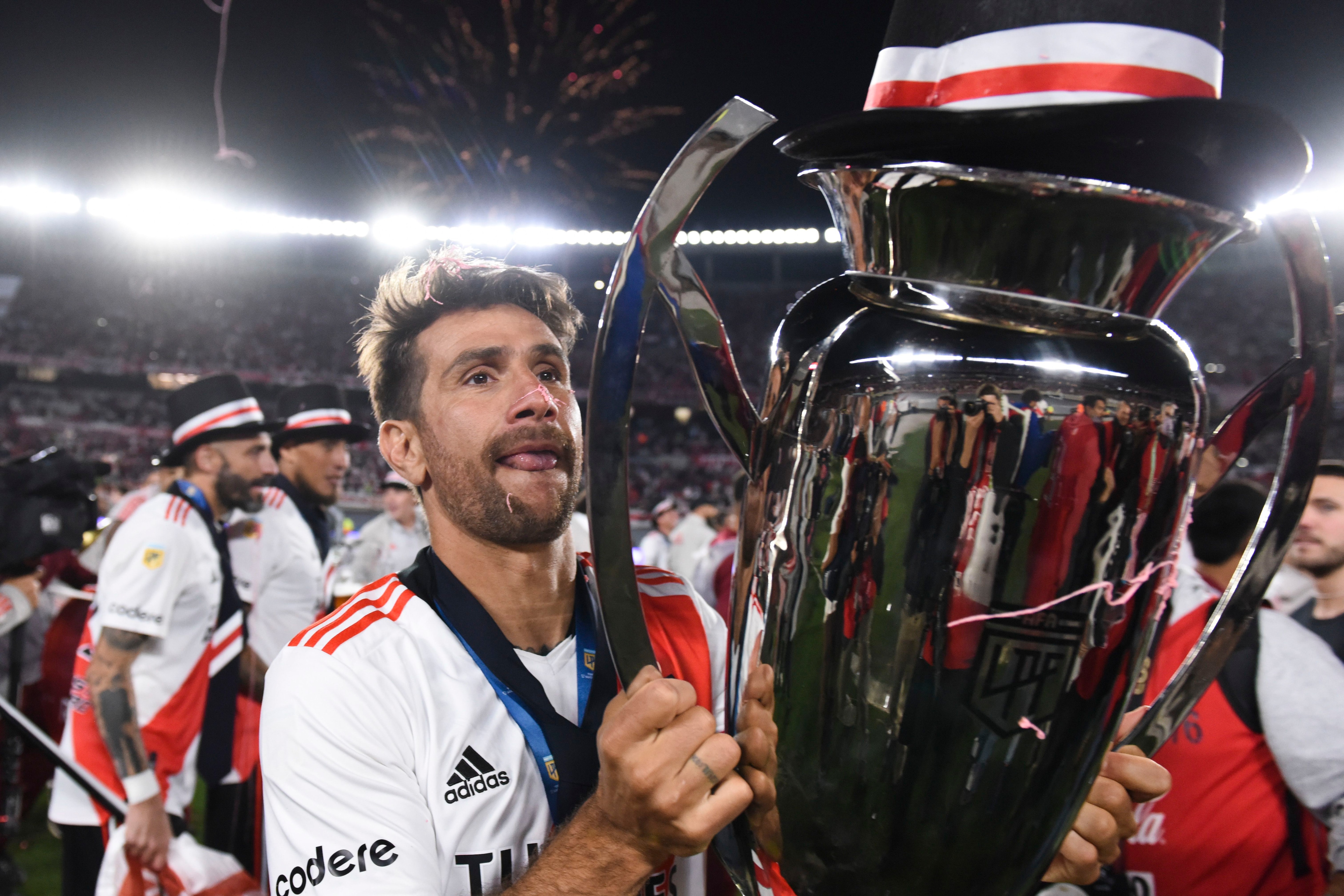 After the consecration of River Plate that beat Racing 4-0 and got the Professional League title, one of the most sought after voices in the Monumental Stadium was that of Leonardo Ponzio who returned to play right in the game that defined the championship. The 39-year-old central midfielder achieved his 16th title with the Núñez club and equaled Ángel Labruna and Ricardo Vaghi as the players with the most titles with the Millionaire.

“The destination is as it was marked. I can’t ask for anything more from this sport because it gave me everything, it allowed me to be someone in this society where one tries to enact an idea and thank God with a happy ending ”, said Leo.

Regarding Gallardo’s decision to put him right in the match in which they won the title, he said: “He is very thoughtful, he has all the details, he prepares everything. The game was intense despite the fact that the result was something else ”.

Regarding the number of titles he obtained, he indicated: “I dream every day, I passed it on to the man in a moment (he pointed to Leo Astrada). One was not born here, but I found a place where they let me be. For a player like me it was all favorable because I am the one with the sacrifice, I had to always be predisposed and the group is that ”.

When asked about his future, he made it clear that his retirement is imminent: “I am enjoying this moment, I have already been stretching it for many years. I think the end has come. Chances always have to continue stretching because I feel good, but I also understand that you have to get to these moments. You have to know when the end comes”. His contract ends at the end of the year.

Enzo Pérez joined the talk, who revealed a meeting of more than an hour between the two where the Mendoza told him that he could not retire in an empty stadium due to the restrictions of the pandemic. “Some time ago we had a meeting and I told him to stop screwing around and to hang on as long as he could. Due to the pandemic, you could not go with the stadium empty. I told him he had to go with a full stadium. Together with Maidana they are two symbols and idols of the club ”, Enzo said.

“Because of that meeting we had, I asked him how he was doing and that’s why I kept playing. Having partners like that are bras and the important thing is that we all go to the same side. Thanks to the group I was able to play for so long. There are three games left and I have a contract until the end of December ”, assured Ponzio.

On other occasions under the technical direction of El Muñeco, River Plate fought for titles and was very close in the 2014 Final Tournament and in the 2019/2020 Super League. But this time, after their elimination in the Copa Libertadores, the millionaire cast had a streak that this Thursday reached an undefeated of 16 games with 13 wins and 3 draws.

Julián Álvarez, the figure of River champion of the League: the goal that he still could not do and what will happen to his future

The imposing reception of River Plate in an exulting Monumental stadium