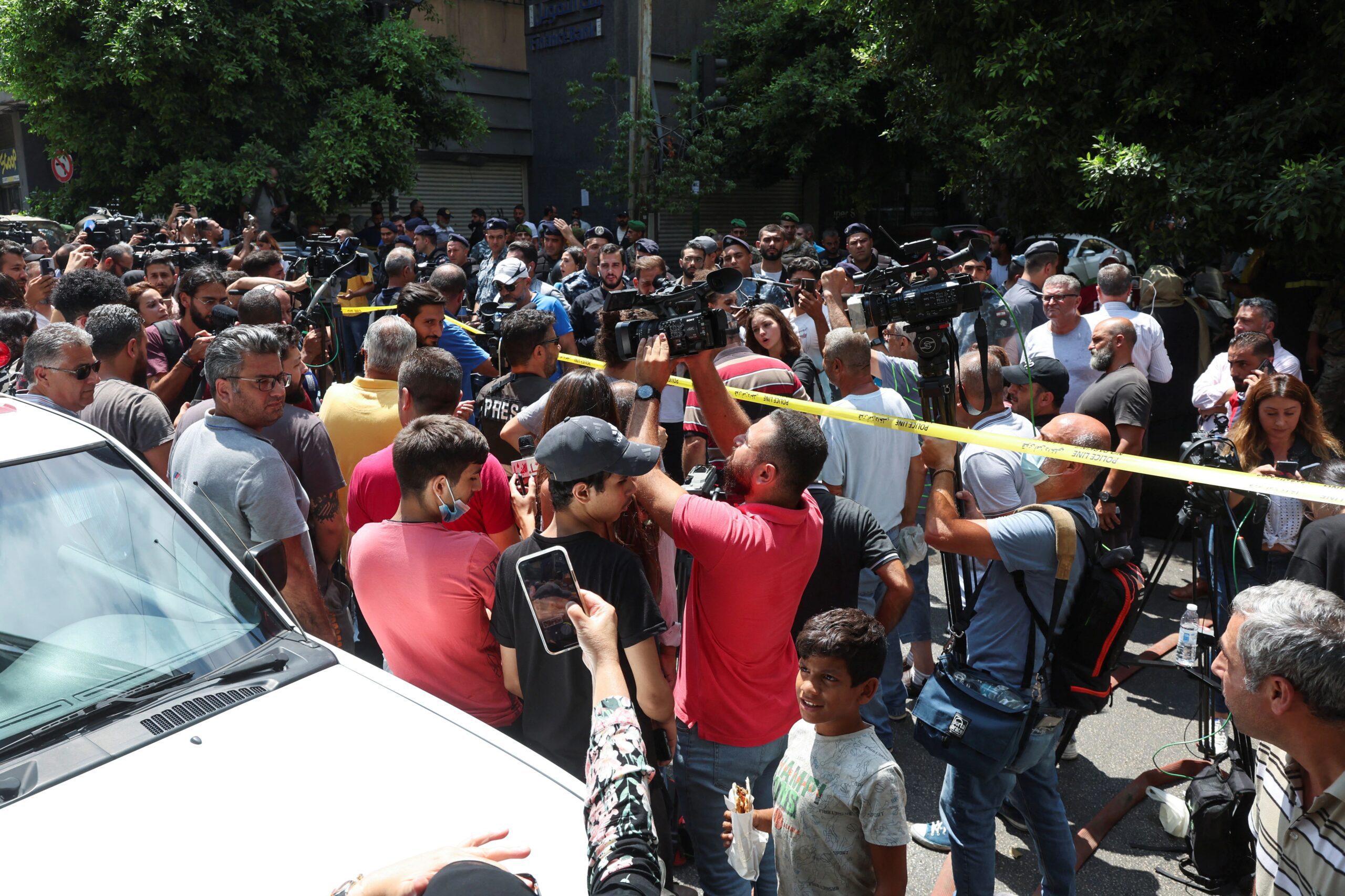 lebanese banks have decided to remain closed indefinitely After rejecting the security plan proposed by the Government, an official from the National Association of Commercial Banks. The measurement is given in the middle of a wave of protests and attacks in the country that target the financial system.

“One of our demands is that we be provided with security to ensure that we can keep the banks safe,” said Fadi Khalaf, secretary general of the Association. “When there are people who come with weapons and throw gasoline, do we have to wait for someone to die before something is done about it?” he added.

Just last week seven banks were robbed by angry savers because of the multiple obstacles they face when trying to access their money.

Among them, the case of Sali Hafiz became popular as the 28-year-old entered the BLOM bank branch in Beirut with a toy gun and took $13,000 to finance his sister’s cancer treatment.

Also, there were other more violent situations that included the use of a hunting rifle. Despite the escalation in violence, these facts are widely supported by the population, who even gather outside the branches to cheer when an assault is taking place.

The last time there had been a closure of these characteristics had been in October 2019when the banks remained unattended for two weeksalso in the midst of massive protests unleashed by the collapse of the economy.

Even that year they imposed a series of severe limits on the extraction of currency, which caused obstacles in the savings of millions of people -which are sustained up to the present-. For example, savers with accounts in dollars can only make withdrawals in Lebanese pounds at an exchange rate of 3,900 pounds per dollar while, in the parallel market, the dollar is worth 17,000 pounds.

Since then, the economy in the country has only continued to crumble. The Lebanese pound has already lost 90% of its value against the dollar and three quarters of society is below the poverty line. The World Bank has referred to the situation and has ruled that it is “orchestrated by the country’s elite.”

Depositors argue that it is the owners and shareholders of the entities who have become rich by obtaining high interest payments for lending the government their money and are giving banks priority over people instead of enacting an IMF rescue plan.

Along the same lines, George Haj, of the Bank Employees Union, said that the robberies are a misguided rage that should be directed at the Lebanese state, which is to blame for the crisis. Likewise, he pointed out that the sector is also affected by the situation, with more than 6,000 employees who have lost their jobs.

As an alternative to ceasing banking operations, the Lebanese are resorting to businesses to send your money electronically abroad. For this reason, the largest transfer company in the country hired security guards with automatic rifles.

Lebanon: Clashes between police and protesters who demanded the release of two people arrested for robbing a bank