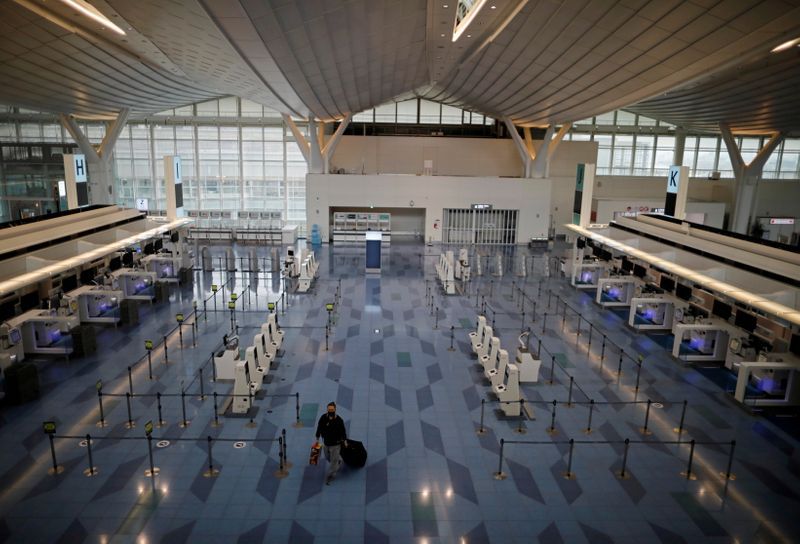 The World Health Organization (WHO) determined on Friday that the new variant of the coronavirus detected in South Africa, which it has baptized with the Greek letter Omicrón, is “risky” and possibly more contagious, on a day when numerous countries, including USA and the European Union, they suspended trips with southern Africa.

“The variant has been detected at a faster rate than in previous surges in the number of infections, which could indicate that it has an advantage when it comes to spreading, “WHO experts underlined in a statement.

Although they did not indicate for now if the new variant is more or less resistant to COVID vaccines, They did point out that the diagnostic tests of the disease with CRP seem to continue to be valid.

South African scientists and health authorities reported Thursday the detection of a new variant of the coronavirus, identified as B.1.1.529, and although few cases have been confirmed in Elsewhere outside Africa, concerns about its transmissibility and its potential ability to evade immunity sparked fear.

The advisory group of the WHO did not issue, however, new recommendations on limitation of travel or other preventive health measures, but it did ask the international scientific community to continue monitoring work on this and new variants.

In addition, the South African Minister of Health, Joe Phaahla, stressed that he sees “unjustified”, “counterproductive” and “draconian” the reaction applied to southern Africa in the form of restrictions after the detection of the new variant, given the limited scientific information still available.

In a virtual press conference, Phaahla stated that, although fear and worry are “to be expected” in this kind of situation, “part of the reaction is unjustified”.

However, fear of this new variant of coronavirus caused a cascading travel suspension and restrictions on some South African states.

Is that the measures have renewed the debate on whether flight bans and other travel restrictions work to prevent the spread of new variants. Some say that, at best, restrictions can gain time so that new sanitary measures are implemented. In the worst case, they do little to stop the spread and give a false sense of security.

Can flight restrictions prevent the arrival of the Omicrón variant?

The restrictions could help buy time to speed up vaccination and introduce other measures, such as the mandatory chinstrap and social distancing, but it is very unlikely to prevent the entry of new variants, said Mark Woolhouse, Professor of Infectious Diseases at the University of Edinburgh.

“Travel restrictions may delay but not preventing the spread of a highly transmissible variant“, said.

Amesh Adalja, an infectious disease doctor from Johns Hopkins University, opined that travel restrictions they only give the public a false sense of security and they should cease to be the knee-jerk reaction of public officials. Adalja noted that the imposition of restrictions makes it appear that politicians “They are doing something” but it does not make sense in a context of rapid tests and vaccines.

Meanwhile, Sweden’s chief epidemiologist, Anders Tegnelltold a local news agency that He does not believe that a travel ban will have a significant effect, except for countries with direct flights to the affected areas. “It’s basically impossible to keep track of all travel flows,” Tegnell told the newspaper. Expressen.

By contrast, Jeffrey Barrett, director of COVID-19 Genetics at the Wellcome Sanger Institute, said the Early detection of the new variant could mean that the constraints taken now may have a greater impact than when the delta variant emerged.

“Surveillance is so good in South Africa and other nearby countries that they found this (new variant), they understood that it was a problem and they told the world very quickly “, said. “It is possible that we are at an earlier point with this new variant, so there may still be time to do something about it. “

Suspension of flights to southern Africa in chain

The countries of the European Union (EU) agreed to suspend flights to seven southern African countries – Lesotho, Botswana, Zimbabwe, Mozambique, Namibia and Eswatini- and that European residents who come from them, and who do have the right to enter the EU, are subject to test and a quarantine period, as reported by the Slovenian presidency of the EU.

The government of The United States announced that starting next Monday it will place restrictions on travelers from South Africa and seven other countries in the South: Botswana, Zimbabwe, Namibia, Lesotho, Eswatini, Mozambique and Malawi.

Russia, for its part, said it will restrict entry to the country of foreigners arriving from Hong Kong and some southern African countries as of this Sunday due to the appearance of the Omicrón variant. The measure will affect the citizens of South Africa, Botswana, Lesotho, Namibia, Zimbabwe, Mozambique, Madagascar, Eswatini (formerly Swaziland), Tanzania and Hong Kong.

Canada announced this Friday that it will ban all foreigners from entering the country that in the last 14 days they have traveled through seven countries in southern Africa before the appearance of a new variant. Canadian Health Minister Jean-Yves Duclos also said that all Canadians who have traveled through southern Africa will need a negative test before being able to board for Canada.

Israel vetoed the entry of travelers from seven southern African countries -South Africa, Lesotho, Botswana, Zimbabwe, Mozambique, Namibia and Eswatini- by including them in the “red list”, which a few hours later almost all the countries of the African continent have entered except Morocco, Algeria, Libya, Tunisia and Egypt.

This means that no foreigners will be able to enter Israel from these countries and Israelis will have to comply with a “strict” quarantine in a hotel for 14 days. In addition, all nationals who have arrived in Israel from any of those countries in the last week will also be immediately isolated.

Morocco decided to prohibit entry into its territory to all travelers from South Africa and other southern African countries due to concerns about the appearance of the new variant of covid, prohibiting travel to and from South Africa, Botswana, Namibia, Lesotho, Eswatini, Mozambique and Zimbabwe, as well as the passengers that transit through these countries.

Citizens from the countries of the southern Africa can only enter Greece if they are vaccinated, They show that it is an “essential” trip, they present a document from the consular authorities that justifies it and they keep a quarantine, as announced by the Hellenic Ministry of Health.

In Latin America, Argentine, Brazilian and Guatemalan authorities announced that they will postpone the resumption of flights to southern Africa.

“These measures seek to protect against the arrival of this virus”, said the French Minister of Health, Olivier Véran, who pointed out that it is a new variant that spreads rapidly but that at the moment there are few cases.

“The European Commission will propose, in close coordination with the member states, activate the emergency brake to stop air traffic from the southern African region for variant of concern B.1.1.529 ″the president of the Commission, Ursula von der Leyen, announced on her Twitter.

Wall Street suffered a sharp fall due to fear of the new variant of COVID: it was the worst Black Friday in history