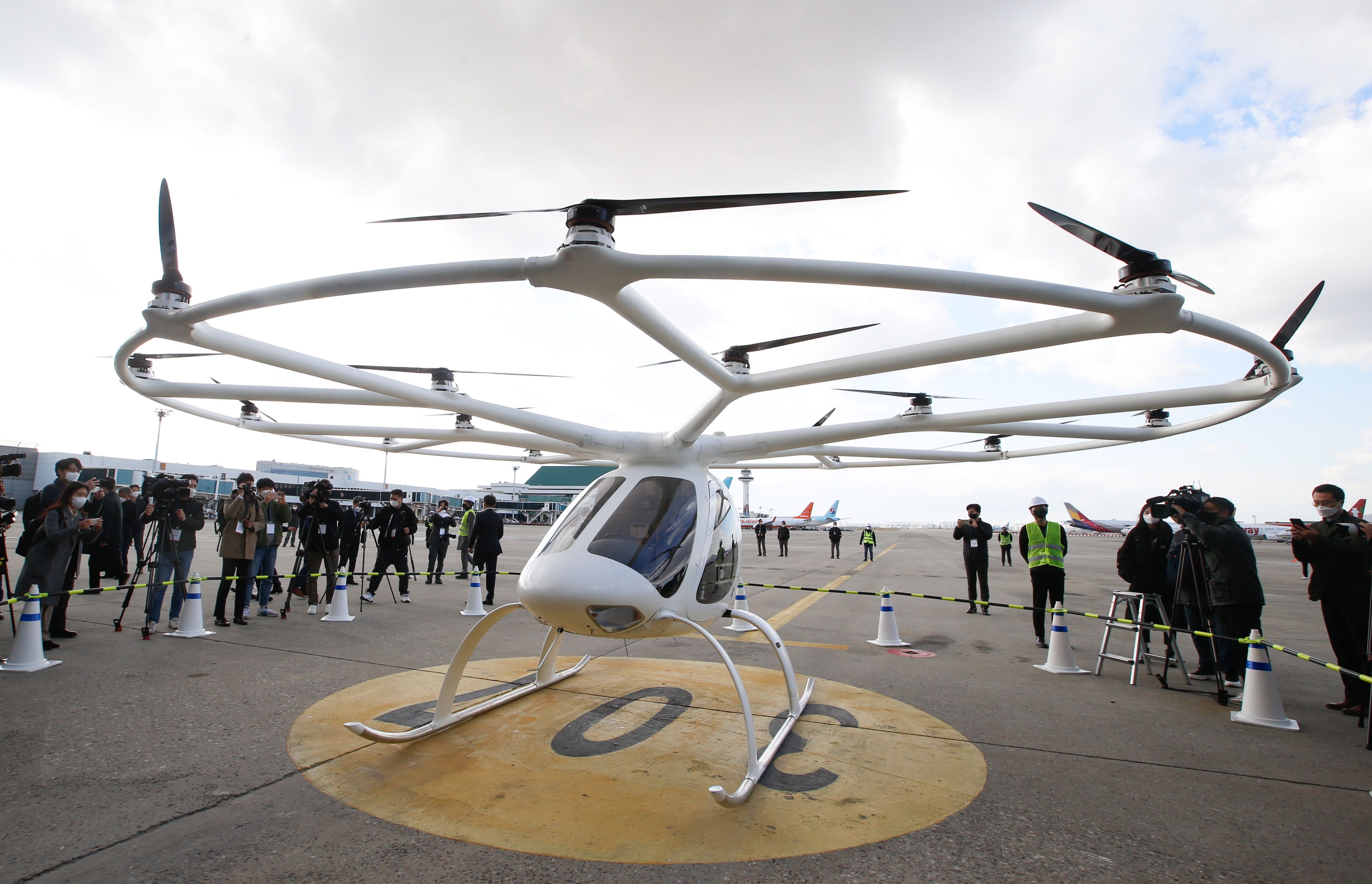 South Korea stepped forward in the field of air mobility, because he managed to realize the first flight of a crewed air taxi. It was an eVTOL of the startup Volocopter which landed at the Gimpo International Airport in Seoul.

While it is the second manned air taxi in Asia to successfully complete a trip, it is the first in South Korea. After the successful transfer they have set their sights on establishing a commercial air taxi service in a few years.

According to the site New Atlas, in five minutes the manned drone He managed to take off and rise vertically to 50 meters in height, fly 3 kilometers at a speed of 45 kilometers per hour and land without complications. The flight was part of an event held by the South Korean Ministry of Land, Infrastructure and Transportation (MOLIT), called “Open the Urban Sky“, while the country advances to position itself at the forefront of the food industry flying taxis.

“We are extremely honored to publicly hold the eVTOL first test flight manned country and demonstrate once again that the future of the air taxis is here and now with Volocopter aircraft. As pioneers of the UAM (Air Mobility Unit) industry, we look forward to working closely with friends and partners from both government agencies and the private sector to make UAM a reality in South Korea, ”he said during the presentation of the past Thursday, November 11, Florian Reuter, CEO of Volocopter.

The next test with the air taxi will be on November 16, at Incheon Airport, Seoul, to continue its advances until it is completely reliable for commercial travel.

Previously, Volocopter It had already done several flight tests in unmanned aircraft, including some in Singapore during 2019 and the United States in early 2021, however, this was the first in its 2X model with crew.

The startup established an office in Singapore last 2018, before starting aircraft trials and also formed relationships with the Grab company to study air taxi routes in the cities of Asia.

According to a study by Porsche Cosulting, By 2035 the air taxi business will be very profitable, reaching more than $ 36 million in annual profits. Likewise, it estimates that from 2025 the first commercial routes will begin operations.

The report indicates that those interested in the business will have to invest about 100 million dollars in its development, and although the regulations and infrastructures necessary, companies will have to get an average of half a million passengers per day for the sector to assume a beneficial market share by 2035.

In that sense, they will require between 1,000 and 2,500 take-off and landing points in 60 suitable cities around the world.

It should be remembered that drones for air transport of people is not the only sector where they are making progress, as they are also being taken advantage of in terms of surveillance, security and even cinema. Drones are currently used on a regular basis by some security forces as well as private sectors focused on entertainment to provide aerial shots in their visual narratives.

This is what DJI’s Mavic 3 Cine and Mavic 3 drones are like, plus development in batteries and cameras