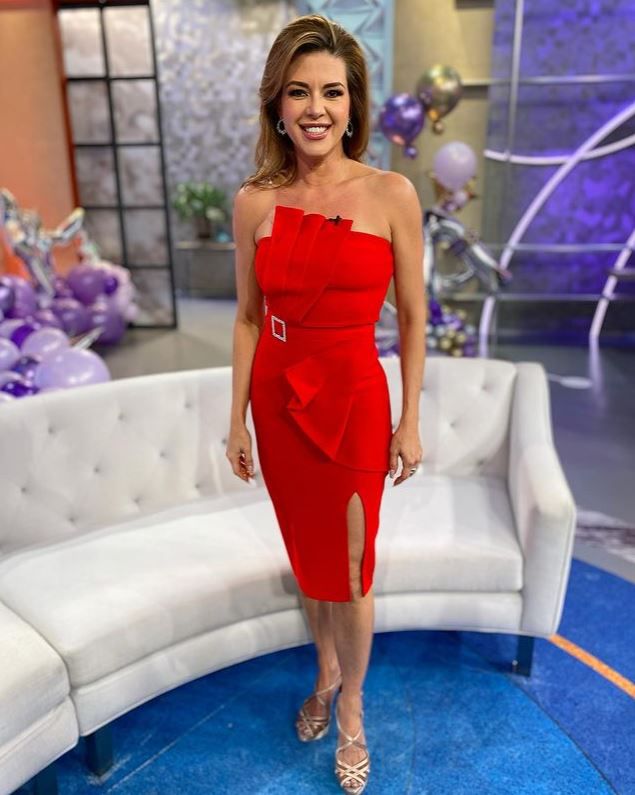 Alicia machado was the winner of the first season of The House of the Famous thanks to the votes he received from his fans. Now that the former Miss Universe is out of the reality show She surprised by looking obviously thinner than three months ago: she revealed what her secret was and how many kilos she lost.

After having won a large award in The House of the Famous, Alicia was seen at the Miami airport, when she was returning home. From that moment the actress looked different, despite wearing loose clothing.

It was during his visit this morning to the program Today when she surprised the makeup team that was preparing her to go live, because she was wearing a fitted red dress that left her arms and legs in the air, confirming that the former beauty queen I had lost weight.

In a video that Telemundo He shared through his social networks before the Venezuelan left in the morning, she spoke of her change when they applied different treatments to her arms and legs. In the images, Machado revealed that his fans have not stopped asking him how he managed to lose so much weight in such a short time.

“I have to share the diet of The House of the Famous, because everyone is asking me. They have me crazy about social media: Alicia, please, what did you do? How did you get like this? Give me all the tips, ‘”the actress shared.

For Tell me what you know, the former Miss Universe confessed that lost 11 kilos during your stay at the reality show, as there were several factors that forced her to change her eating habits, in addition to the fact that she began to exercise in the company of Manelyk.

Exercising helped Alicia get rid of stress or negative emotions that could run through her head, which is why she took it as a good practice and became disciplined in taking care of her body.

“It was a lot of effort, A lot of discipline. And I have always thought that exercise cures everything, and when I felt very bad or with very heavy energy, it is a good remedy “, said the winner of the USD 200 thousand. In the morning he added that his objective from before entering the reality It was the power to lose weight and heal emotionally from various bad situations that I had experienced.

In social networks, Internet users have commented on the photographs of a former participant of MasterChef congratulating her on her new figure and asking about the diet she followed in order to obtain it. “How beautiful, she is very skinny”, “She is super thin than beautiful”, “Bella, let her share the diet”, are some of the comments with which her followers expressed themselves.

During your participation in Today, Alice revealed the plans you have for the award of which she was credited for having managed to win The House of the Famous. He explained that his main objective is to meet the needs of his daughter and then have a detail with her mother, and then she rewards herself with some luxury.

“I’m going to pay for school (from his daughter, Dinorah), to take my worry away. I want to buy from you a house to my mom, good for the three of us. Want buy me some shoes and a jewel, because always when I earn things like that or work in something great, I buy myself a jewel “, he uncovered.

When crowned as The Queen of the HouseMachado confessed that she has a lot of work ahead of her and many responsibilities that she also earned for having been the most voted in the competition by her fans who yearn to see her more on television.

The figure that Alicia Machado took for winning ‘The House of Famous’: more than what Carla Giraldo obtained in ‘MasterChef Celebrity’