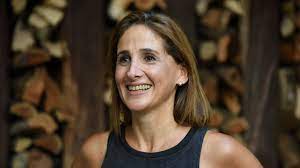 His book is characterized by the construction of a narrative universe punctuated by an intelligent, elaborate prose.

However, Rushdie’s fame has been permeated by a threat that has kept him in exile and under surveillance for years.

His 1988 book, “The Satanic Verses” had a negative impact among Muslims, who considered the novel as an unforgivable disrespect to the Prophet Muhammad.

This triggered a fatwa or religious decree in which the Iranian revolutionary leader, Ayatollah Ruhollah Khomeini, unhesitatingly called for the writer’s death.

In a virtual ceremony, the jury, made up of writers Lilián López Camberos, Ricardo Sigala and Jesús Alvarado, unanimously recognized the narrative work of author Alisa Lein, originally from Rosario, Argentina, and the first author from her country to receive this recognition. According to the jury, her book is characterized by the construction of a narrative universe punctuated by intelligent, elaborate prose with hypnotic edges.

Likewise, Alisa Lein’s stories recognize the artificial border between the fantastic genre and what we know as realism, and in that liminal zone they dedicate themselves above all to observing and accompanying the internal processes of their characters; the work also dialogues with the Hispano-American storytelling tradition, and presents a unity that goes beyond the thematic or the anecdotal: there is a look, a posture and a literary proposal.