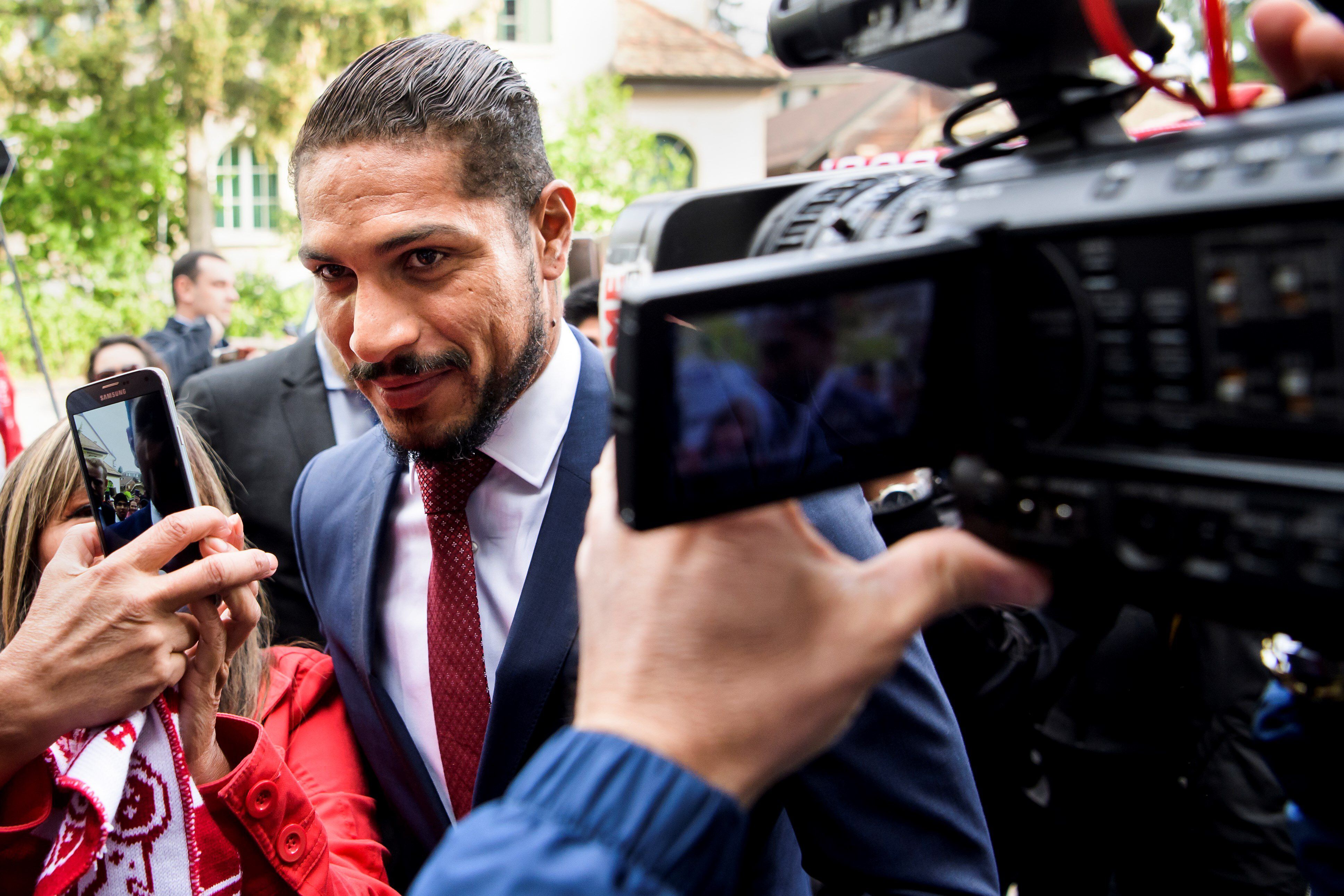 There are weeks until the curtain opens on the summer pass market in Argentina, but Boca has already begun to move. While waiting to seal the classification to Libertadores 2022, if possible through the Argentine Cup title to add another trophy to its showcases, the Soccer Council evaluates names to reinforce Sebastián Battaglia’s squad. And one that was recurrent in the last windows appears in the folder of Juan Román Riquelme. It is about Paolo Guerrero.

As Infobae could confirm, Jorge Bermúdez, Roman’s right-hand man, traveled to Peru to meet with the forward who will turn 38 next January. The position of center attacker was always an unsolved problem for the current management xeneize. And Guerrero was a weakness even for the last directive commission, which had a preliminary agreement at the end of 2019, when he lost the election with the current leaders. Due to differences with the dollar cap in the contract, the CDF managed his possible signing but the deal fell apart. Now, with the free player, there are facilities to hire him although there is another against.

The Predator, which terminated its contract with Inter of Porto Alegre In recent weeks, he has suffered problems in his right knee due to a ligament injury suffered last year. “I’m fine, recovering very well. I think I am doing well, but I must continue working, because my recovery is at a steady, calm pace. This year I am not going to play, of course, so I must prepare for next year to be 100 points and not have more problems”, He said in this regard. The color data? Guerrero trained in Argentina before traveling to Russia in 2018 for the World Cup.

Los pargaminos de Guerrero, with a long history in European football, world champion with Corinthians in 2012 (he scored the only goal in the final in which the Timao defeated Chelsea) and with participation in the 2018 World Cup in Russia, make up the pro of the question. Boca does not have many alternatives in the offensive and Battaglia makes up that with the goals of the youth Luis Vázquez, who could use a competitor of this style to protect him. The great concern in the Ribera goes through the physical state of the Inca, who played his last official match with his national team’s jersey (60 minutes in the 2-0 victory against Chile on October 8).

The Boquense board of directors is very meticulous when it comes to hiring players: this was evidenced by the loss of Colombian Felipe Román, who did not pass the medical examination from Millonarios de Bogotá and had to return to Colombia just before stamping his signature in Buenos Aires. Before the rubric and the handshake, the medical corps headed by the Doctor Jorge Batista, subject the potential booster to a thorough medical study. And Paolo’s background is now in the hands of the historic physician xeneize.

For Ricardo Gareca, he is an important piece in the Peruvian team because of his quality and what he represents in the group off the court. The Tiger takes it into account for the next appointments, in which the Inca cast will define their classification for the Qatar World Cup 2022, but the player himself has already warned that it will not be available for the double FIFA Date of late January and early February (Peru will visit Colombia and receive Ecuador, in two key duels for their aspirations). “I don’t think I am for the Ecuador and Colombia parties. My recovery is calm, I want to go calmly. What I want most is not to have problems next year and to play calmly”, He mentioned in this regard.

Former Bayern Munich, Hamburg and Flamengo from Brazil started professionally at Alianza Lima, where expectations for a possible return reign. That wish will be postponed, at least as soon as possible: “I am a fan of the club to death, but I still do not have it in my plans”. The phrase before him Channel N from Peru was a track about his intention not to return to his country and play abroad.

Assuming that Boca, which has Peruvians Luis Advíncula and Carlos Zambrano on the squad, secures his ticket to the next Libertadores, the group phase will only begin in April, so Guerrero will have an important period to fully recover from his knee. . In Peru the news fell like a bomb, but in Buenos Aires they travel the path of caution: “Still no progress, only one meeting. Make him a contract for productivity? That is not yet being evaluated “.

He left Boca, scored a goal against Real Madrid in the Bombonera, played tennis with Maradona and dressed as a “translator” to help Caniggia

They confirmed the venue, day and time for the final of the Argentine Cup between Boca and the winner of Talleres-Godoy Cruz