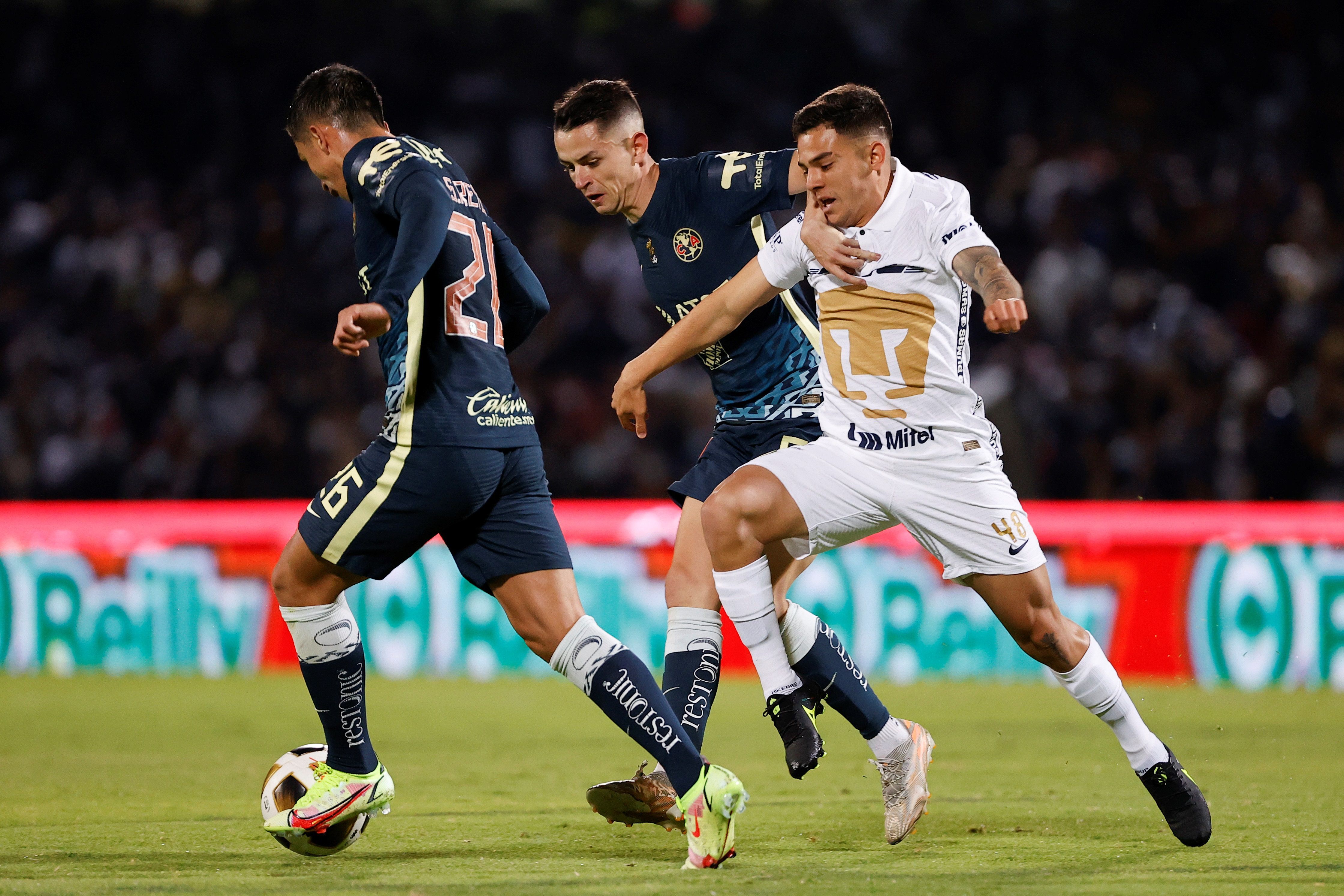 The bet of playing backwards paid off for the America who rescued a tie on Wednesday 0-0 on his visit before Cougars, in the first leg for their quarterfinal series of the Mexican Apertura tournament.

Las Águilas, led by the Argentine coach Santiago Solari, require any tie in the second leg to advance to the semifinals, as they finished the regular schedule in first place in the table.

For this tournament, the Mexican soccer leaders eliminated the away goal as a criterion to define a series and instead only the general table will serve.

Solari recently celebrated that the leaders have prioritized “Sports justice” and have eliminated that tiebreaker criterion.

“Each game is different and you (press) know that it can change and it is only moments, you know that the tournament begins again and the places in the table beyond the choice of fields and the regulatory issue does not matter “Solari said. “They all start with the same possibilities.”

In his first tournament with the Eagles, Solari saw his title dreams fade when he lost to Pachuca in the quarterfinals in a series that ended tied 5-5. The Tuzos advanced for the goal in someone else’s yard.

“Pumas had been doing things well at home”said goalkeeper Guillermo Ochoa to the chain TUDN. “Today is 0-0 because we had to learn from the last league. We emphasize it in the dressing room, that’s what experiences are for, not to be repeated ”.

For Pumas it is enough to win by any score in the round to advance to the semifinals for the second time in the last three tournaments.

Under the old regulation and with the 0-0 score, a goal from the visiting Auriazules would have forced the Eagles to score twice.

“The one who finished better in the table must have a privilege which is to play at home in the second leg, the away goal I don’t take into account, one thinks about winning and we have no other choice,” said Argentine coach Andrés Lillini . “There is no other choice or we are eliminated, but if I’m honest, that of the away goal did not cross our mind. If the federation decides that it is because it must have its arguments ”.

The university students, who were penultimate on the eleventh date, won four of their last six games to get into the play-off, where they eliminated Toluca.

The return match is Saturday night on the Azteca stadium field.

“We have no choice but to win, we have 90 minutes left and I am interested in recovering in every way”Lillini added. “Today we had to wear out because we played 21 people in a single field and that wears out.”

With America retracted and in search of long transitions, the meeting was one of few arrivals on goal because the university students fought with the lock imposed by Solari.

Pumas generated the first shot on goal until 39, when Efraín Velarde cheered up from middle distance and his attempt was deflected by Ochoa.

América responded a minute later, when the Uruguayan Federico Viñas stole a ball at the start and took a low shot that was deflected by goalkeeper Alfredo Talavera.

Before the break, Sebastián Saucedo took a free kick that was rejected by the Aguilas goalkeeper.

The second half kept the same narrative, with America backing down and closing the exits.

The Eagles had the first approach in the complement at 76 when Henry Martín sent a delayed ball for Paraguayan Richard Sánchez, who took a shot that was deflected to a corner kick by Talavera.

Pumas responded to the 80 with a mid-range shot of Erick Lira that was deflected to a corner kick by Ochoa.

Two minutes later it seemed that the locals were taking the lead with a goal from Brazilian Higor Meritao, but the play was canceled out of place.

Pumas had one last arrival in the discounts, with a shot from the Argentine Favio Álvarez that went through the side.

ANOTHER TIE IN THE NORTH OF THE COUNTRY

In another match for the quarterfinals, Monterrey dominated but their attackers were not fine and drew goalless with Atlas.

Monterrey, the team with the highest payroll in the country, you need to go to win in the second leg because you accessed this phase through the playoffs.

Atlas, who was second in the standings, is worth any draw to advance.

The return will be on Saturday night at the Jalisco stadium in Guadalajara, in the west of the country.

Video: how was the goal that Pumas was annulled against America