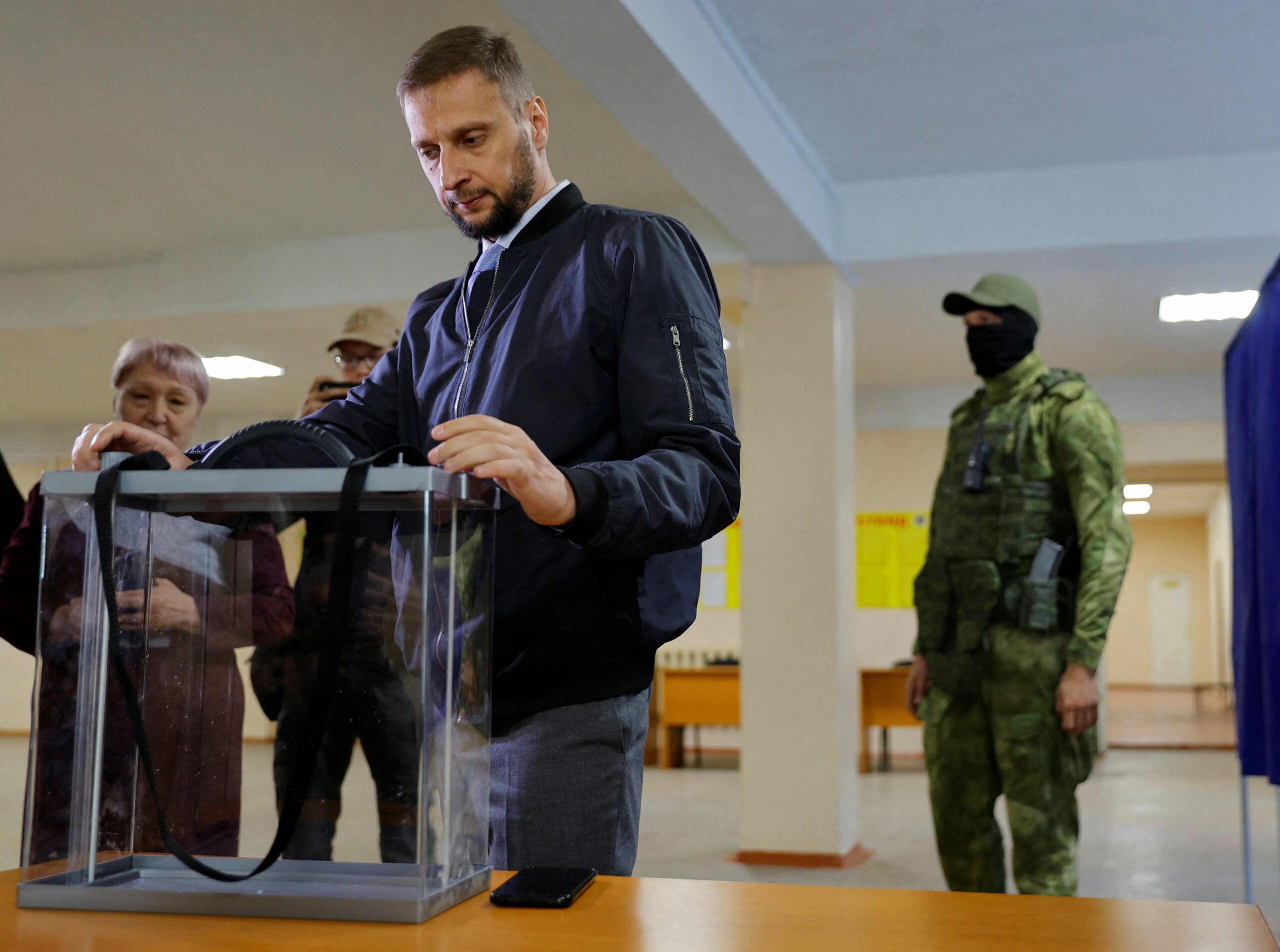 At the UN, the Russian Foreign Minister Sergei Lavrovrejected the accusations and blamed the situation on “Nazi totalitarian state” of Kyiv.

“There is an attempt to impute to us a completely different narrative about Russian aggression as the origin of this tragedy,” he said.

In the eastern regions of Donetsk Y Luganskrecognized as independent nations by Moscow just before the invasion, the residents will have to respond if they support “entry to Russia”, according to the agency TASS.

The process will be private. The authorities will collect votes door by door the first four days of the referendum and only on the last day, Tuesday, will the polling stations open.

Leonid Pasechnik, leader of the self-proclaimed republic of Lugansksaid that he had been waiting for this vote since 2014, when the pro-Russian rebellion began in this region and the neighboring Donetsk.

Ukrainian President Volodimir Zelensky called the referendums “farce” and thanked his Western allies for condemning “another russian lie” in a video posted Thursday.

A hypothetical annexation would mean a further escalation in the conflictespecially after Putin said that he would protect Russian territory with “all means”.

The former president and current number two of the country’s Security Council, Dmitri Medvedev, noted that this involved the use of “strategic nuclear weapons”.

At the same time, Russia began the mobilization of its reservists announced by Putin after major setbacks this month in the face of Ukraine’s counteroffensive.

The Russian army indicated that at least 10,000 people volunteered within 24 hours of the announcementwhich also provoked demonstrations in several cities that resulted in more than 1,300 arrests.

Several media reported an avalanche of people who tried to leave the country.

“I don’t want to die in this senseless war. It is a fratricidal war,” he assured. Dmitria 45-year-old man with a small suitcase interviewed at the airport in Yerevan, the capital of nearby Armenia.

Most of the passengers on the last flight between Moscow and Yerevan were made up of service-age men, many of them reluctant to speak.

Looking lost and exhausted, Sergei, 44, admits to having escaped possible recruitment with his son Nikolai, 17.

“The situation in Russia made me decide to leave. Yes, we left Russia because of the mobilization,” she stated.

Russians run out of tickets to flee Putin’s mobilization order: “They buy no matter where they fly”