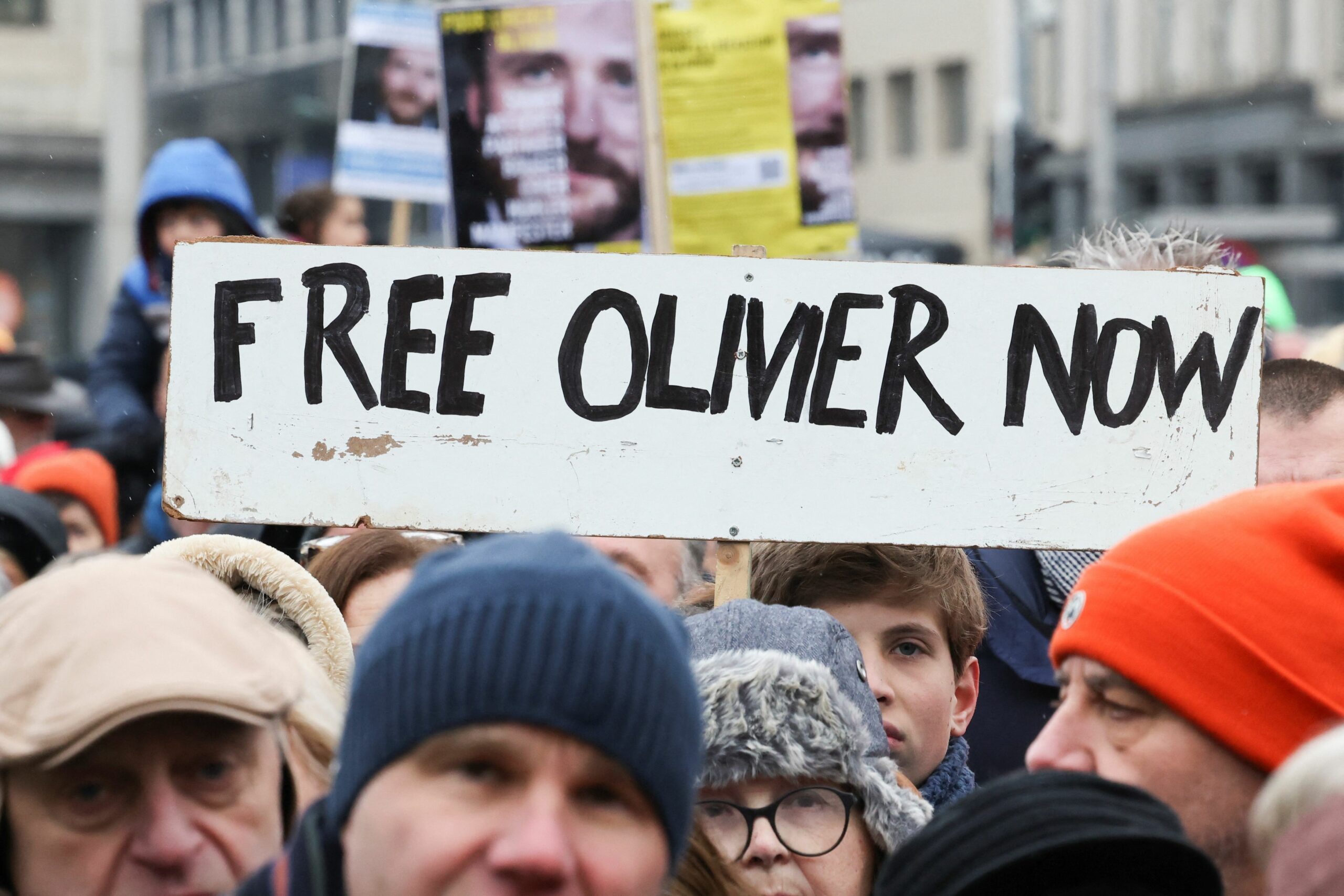 A thousand people gathered this Sunday in Brussels to demand the release of Olivier Vandecasteelea Belgian aid worker arrested in February last year by the Iranian regime and recently sentenced to 40 years in prison and 74 lashesaccording to local media.

The protest was called by the NGO International Amnesty and the Olivier Vandecasteele Support Committee in a square near the center of the Belgian capital starting at 2:00 p.m. (local time) with the aim of “making themselves heard and put all possible pressure on the authorities Belgians to use all means at their disposal to secure Olivier’s release.”

This was explained by the spokesman for Amnesty International Ludovic Laus to the microphones of the television network RTLin which also demanded an improvement in the detention conditions of the humanitarian worker until he is released because the current ones “amount to torture and ill-treatment.”

During the act, relatives of Vandecasteele’s friends as well as different humanitarian workers and representatives of Amnesty International spoke, according to the newspaper. ‘Le soir’which numbers 1,200 participants in the protest.

The mobilization this Sunday joins the one organized just ten days ago in Tournaithe hometown of the Belgian citizen convicted by Iran located in southern Belgium, where several hundred people also gathered.

Vandecasteele was arrested last February and has been detained since then accused, among other charges, of spy for a foreign intelligence service and cooperate with the United States after having worked for six years in Iran for international NGOs.

His family indicated in December that he had been sentenced to 28 years in prison, but the sentence had not been officially made public until January 10, when the Iranian judiciary agency, Mizanreported that it amounted to 40 years in prison and 74 lashes.

Belgian Foreign Minister Hadja Lahbib, who described the detention as “arbitrary”, called for consultations with the Iranian ambassador in Belgium after hearing the news and assured that the Islamic Republic has not given official information about the charges against Vandecasteele or the sentence against him.

The future of the Belgian worker seems to be linked to that of the Iranian diplomat Assadollah Assadi, who is serving a 21-year prison sentence in Belgium for terrorism for participating in the attempted attack on a meeting of opponents of the Iranian regime in 2018 in Paris.

Belgium and Iran had concluded a treaty to allow the exchange of sentenced persons, but in December the Belgian Constitutional Court suspended its application pending a ruling on the appeal that Iranian opposition organizations have filed against the agreement.

The EU will extend its sanctions against Iran for the repression of the protests: more than 14,000 people have already been arrested