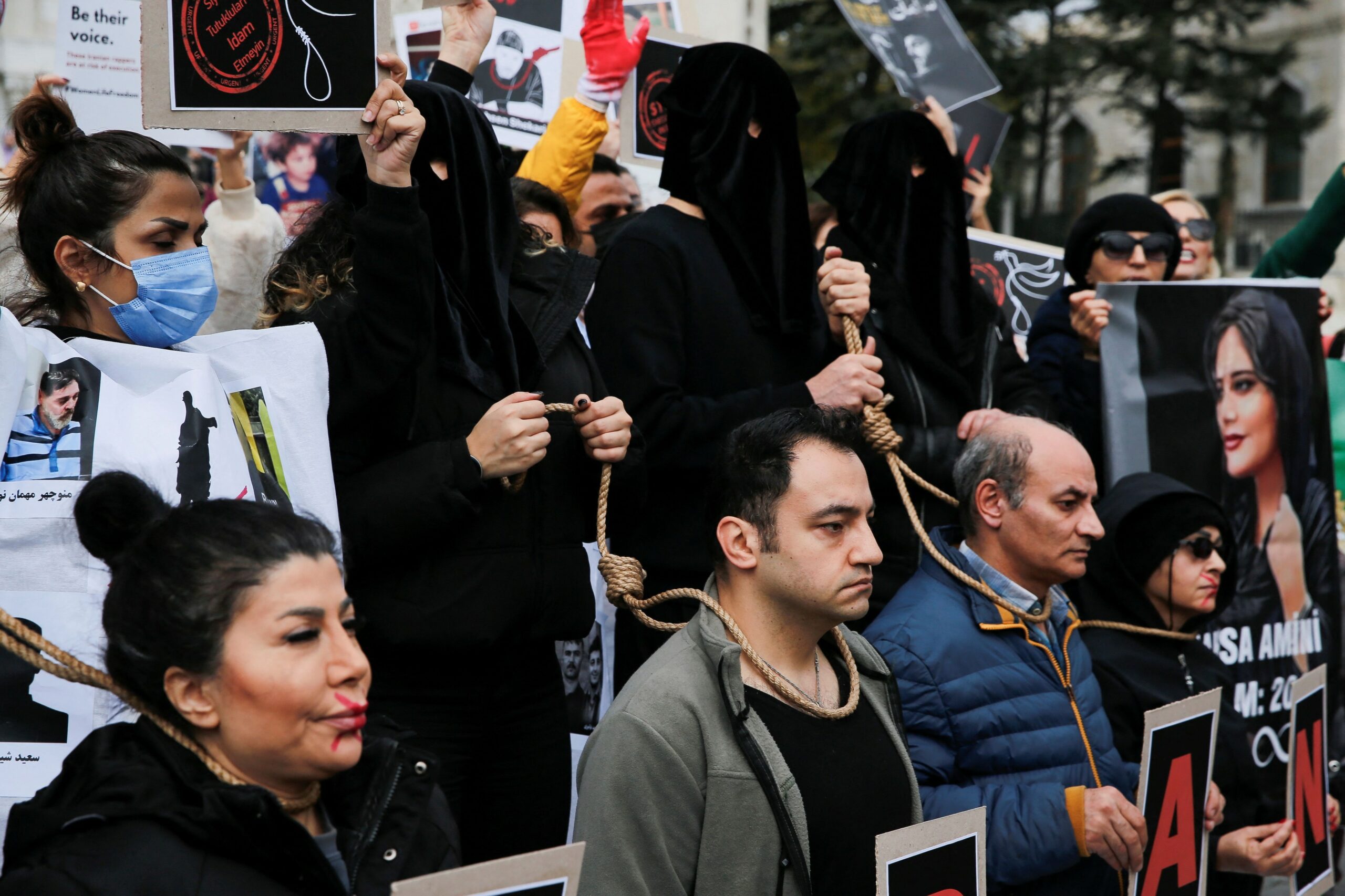 International Amnesty denounced this Thursday that the Iranian regime imposes the death penalty and fear to oppress the population, which continues to face the brutal repression of the security forces after the death in custody of the young woman Mahsa Amini and before the abusive policies of Ebrahim Raisi.

“These actions expose the continuous violation of Human Rights by Iran towards those who fight for a system that respects equality,” the organization warned.

In accordance with International Amnesty, Protesters who exercise their legitimate right to protest “continue to be arrested and sentenced through unfair trials and long prison terms.”

“The people who claim are, for the most part, young people and students who are fighting for a change towards a system that respects equality and human rights. In response, the Iranian authorities are making a unlawful use of force and there are already more than 480 people who have died at the hands of the security forces, including children,” he added.

According to figures handled by the organization, at least 5 people have been executed since the end of last year, while other 14 are in danger of being sentenced to hang.

His execution was carried out despite calls from the international community for her to be arrested.

This has been called the “hostage diplomacy” by other countries and organizations Human rights.

International Amnesty also denounced that Iran maintains an institutionalized system of oppressionwhere women can be punished with terms of imprisonment, lashes or fines for being seen in public without a veil. As the case of Yasaman Aryani, another young woman who has been imprisoned since 2019 for campaigning against the mandatory use of the veil.

“Despite global condemnation and a global trend to abolish the death penalty, people in Iran continue to be sentenced to death and executed for their links to the protests, after grossly unfair, very short trials, using as evidence confessions obtained under torture,” he said.

In its first edition of international newsletters of the year called “International Context: human rights crisis in Iran” the organization exposes the case of the footballer Amir Nasr Azadaniwho was in danger of being executed and on him today weighs a sentence of 25 years in prison.

Nasr-Azadani, who has publicly defended the rights and freedoms of women in Iran, he was accused of participating in the murder of three security officers, including two volunteer members of the Basij militia, during the protests in Isfahan on November 16, according to the Iranian state agency IRNA.

Last Tuesday, the European Union (EU) assured that it keeps “all options” against Iran on the table, including new sanctions against the Islamic Revolutionary GuardAccording to the European Commissioner for Justice, Didier Reynders.

The European politician recalled that in the last three months the EU countries have added to 60 people and 8 entities to the list of persons subject to restrictive measures for his role in Amini’s death and the violent response to the subsequent demonstrations.

“This approach will continue for as long as necessary,” he added.

(With information from a press release and EFE)