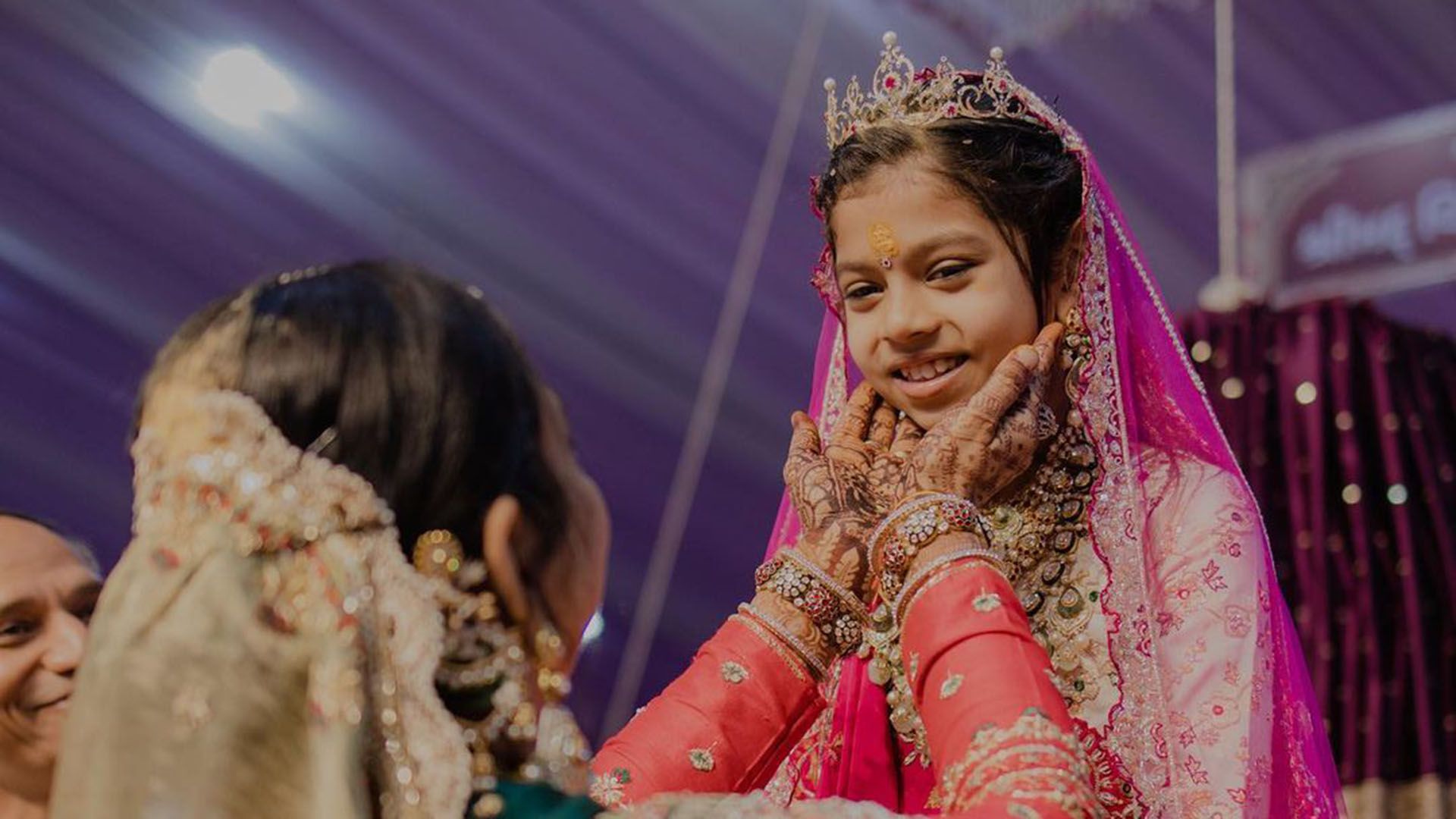 An eight-year-old Indian girl gave up a million-dollar inheritance to enter a strict religious order of the jain faith.

Is about Devanshi Sanghvithe eldest daughter of Dhanesh Sanghvi and former heiress to the family jewelry business Sanghvi and Sons, famous in Surat as the “Diamond City”. A large part of the world trade in precious stones is concentrated there.

The company was founded by his ancestors in 1981 and has a net worth of 60 million dollarsas detailed by the Indian credit rating agency, ICRA.

His departure from the business was announced this week by his family. Part of her entry into the religious order involved a four-day ceremony in which she was feted and which ended on Wednesday.

On her Instagram account there are multiple photos separated by day in which the girl is seen in colorful outfits surrounded by her family, throughout these four days. According to the images, the rites included dances, candles, tattoos of henna and even a tribute to her parents with grains of rice as a symbol of gratitude for having given birth to her and raising her according to the sacred principles of the religion and allowing her to follow the path prescribed by the Tirthankaras.

This Wednesday was the fourth and last day and the girl arrived at the temple in a carriage pulled by an elephant. Over there, she changed her colorful and luxurious outfit for a simple white cotton outfit, typical of the Jain faith. This fact was the most graphic representation of his decision, for which he gave up his luxurious life to embark on a spiritual path and be a monk for the rest of his life.

Community members highlighted Sanghvi’s piety and a family close person assured that he “never watched television, movies or has gone to shopping malls and restaurants.”

Sanghvi is one of the youngest people to have performed the diksha ceremony, for which he abandons his material possessions and enters Jain monasticism. From now on, she is known as Sadhvi Diganthpragnashreeji.

Regarding this, according to local media, the parents declared that the girl was in a hurry to become a religious after having attended 367 initiation rituals.

Similarly, Sanghvi is not the first of her circle to join the order. Her family is also a member of the Jain faith and she leads a rather modest lifestyle, despite her means. They are very devout and maintain the tradition of three prayers a day.

This religion, however, has been the target of much criticism in recent times. It was originally founded in India in the sixth century before the Christian era and, despite the fact that it advocates the nonviolencethe asceticismthe vegetarianism strict and love for all creatures, many other guidelines and impositions have generated controversy.

For example, their ritual practices include the extreme fastinglike the one practiced by a 13-year-old girl and for which he died in 2016 in Hyderabad, in the center of the country.

The young woman had maintained a fast of this type for two months and she was only allowed to drink hot water twice a day.

Jainism has more than four million adherents in India, many of whom are engaged in commerce.

Greta Thunberg broke the silence after her arrest in Germany: “Climate protection is not a crime”