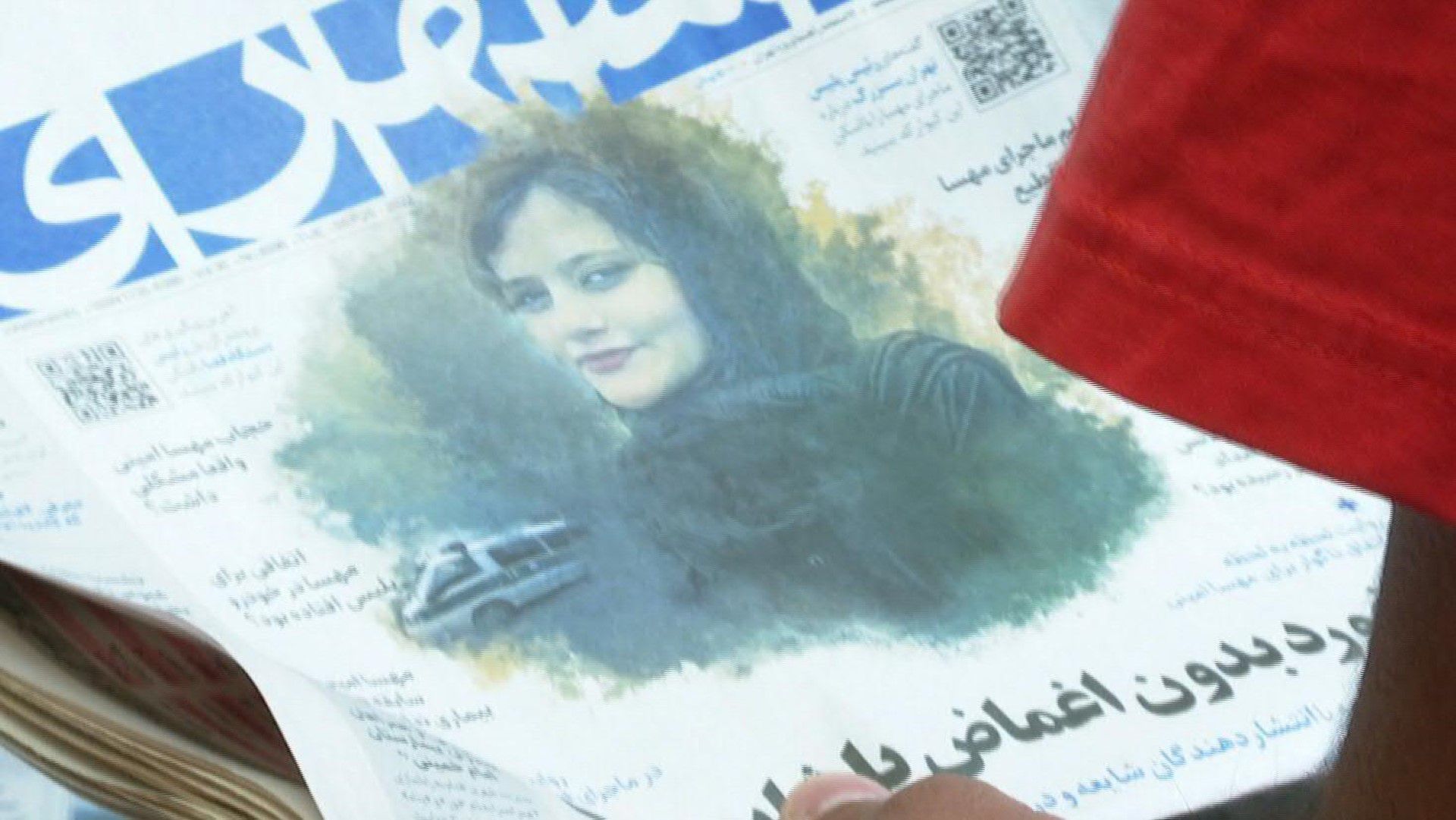 Iran has experienced a wave of protests since Mahsa Aminia 22-year-old Iranian Kurdish woman, died after being detained by morality police, allegedly for not veiling her hair as required by the strict dress code for women in the Islamic Republic. “Woman, life, freedom!” Demonstrators have chanted in repudiation of his death in the most important concentrations that have taken place in the country in almost three years. And many of those attending those protests have challenged the power burning their handkerchiefs or cutting their hair.

On Friday there were new demonstrations across Iran for the 15th night in a row, despite the repression of the regime forces that, according to an NGO, has claimed more than 80 lives. And, in parallel, many Iranians living abroad and their supporters took to the streets of cities around the world this Saturday to repudiate police actions against protesters in Iran.

In solidarity with this protest movement, an Iranian artist named Hamid Ebrahimnia caused quite a stir on social media this week by posting an animation that he made in homage to Mahsa Amini and the women who have decided to rebel against the impositions of the Tehran regime.

His video, made from a film by the photographer Bahador Hadizadeh and with music by Ernesto Cortázar, shows the symbolic Azadi Tower of Tehran covered in dark hair blowing gently in the wind. “By Mahsa Amini”Ebrahimnia commented in a post on his Instagram account that quickly went viral and was already seen by more than five million users of that social network.

Students from several universities in Iran demonstrated this Saturday in Tehran and other cities against the violent repression of dissent, which began after the death of Mahsa Amini last month. A large part of those mobilized gathered in the Enghelab (Revolution) square, near the University of Tehran, to ask for the release of detained students.

The universities of Tehran reopened this Saturday and resumed their face-to-face classes, after a week of suspension amid the protests.

Images shared by the Norway-based organization Iran Human Rights also showed student protests at the cities of Mashhad and Karaj, with protesters shouting slogans and women removing their veils.

For its part, the Iranian regime reported on Friday that has arrested nine citizens of Germany, Poland, Italy, France, Holland and Sweden in the demonstrations. The nine arrested Europeans “participated in the riots or conspired in the background,” the Iranian Intelligence Ministry said. In a statement, the espionage services of the Persian country also indicated that “foreign media and social networks”.

Also, on Thursday Tehran redoubled the pressure on celebrities and journalists due to the wave of protests. “We will take action against the celebrities who blew the embers” of the “riots,” Tehran Provincial Governor Mohsen Mansouri was quoted as saying by the news agency. ISNA. Filmmakers, athletes, musicians and actors have supported the demonstrations.

A few days ago, the head of the Iranian justice, Gholamhossein Mohseni Ejei, also launched a similar warning against those who “have become famous thanks to the support of our system […] [y] They have joined the enemy.”.

According to the news agency Fars“about 60” people would have died in the protests, but the Oslo-based NGO Iran Human Rights raised the balance to at least 83 dead, including children.

Angelina Jolie and Charlize Theron expressed their support for Iranian women after the death of Mahsa Amini: “We are by her side”