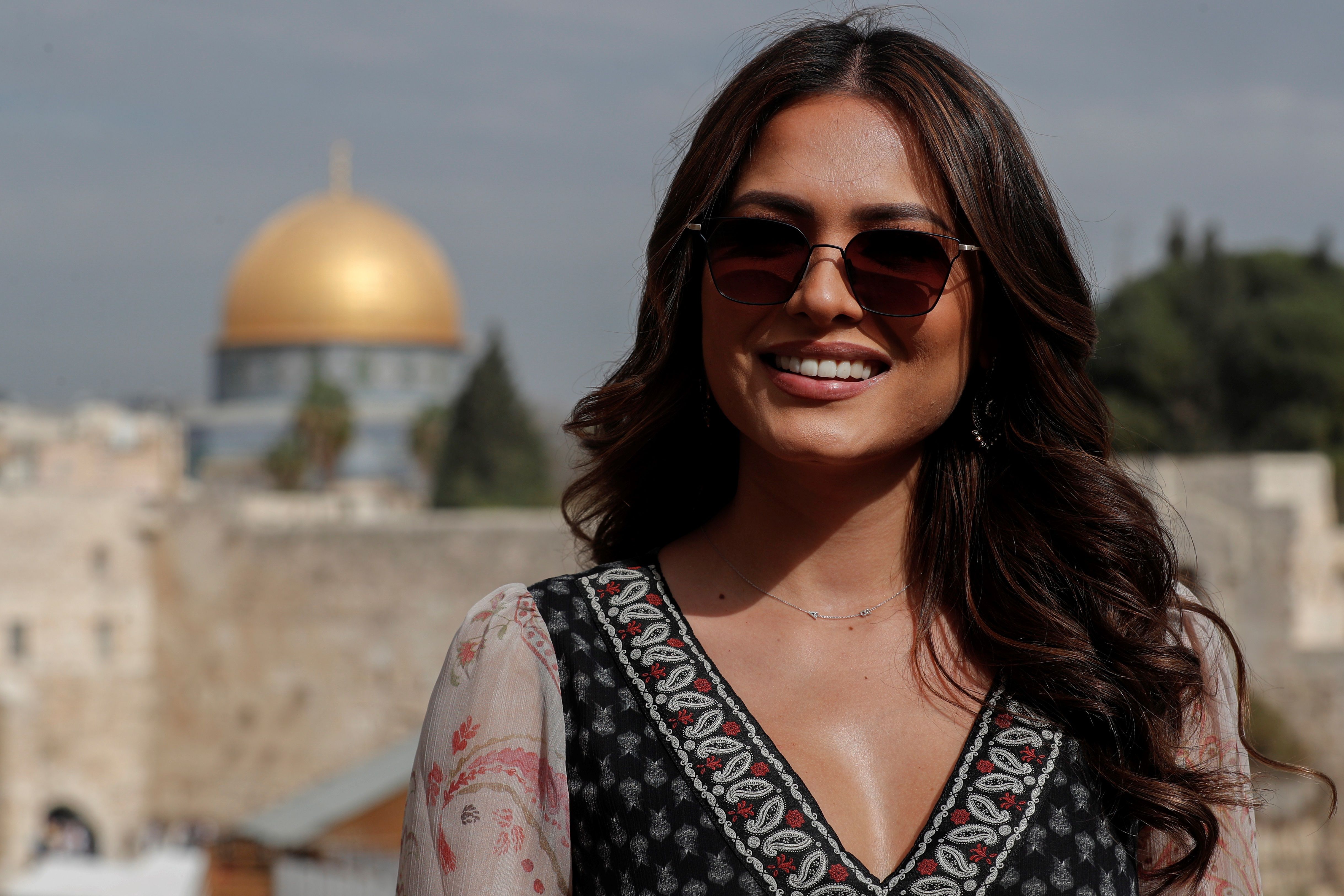 The Mexican Andrea Meza, crowned as miss Universe In May this year, he toured the streets and holy places of the Old City of Jerusalem today, as part of a visit organized by the Ministry of Tourism of Israel, the host country for the next edition of the contest next month.

The tour of the citadel, located in the busy East of the city, included stops at the Iglesia del Holy sepulchre and the Wailing Wall, and generated a stir among locals and tourists alike.

“It is something wonderful for me, it is such a historic place, so many things have happened in this place, so many people living in the same space with different beliefs. I think it is a very powerful place, my family is Catholic and for them and for me it is also very important to be here, “he told Efe, with the Esplanade of the Mosques background.

Accompanied by a tourist guide who explained the history and meaning of each place and wearing a long colorful dress, she paraded through the Jewish and Christian neighborhoods, spoke with local merchants, took photos even with him.to Israeli Police and received some gifts.

In the Church of the Holy Sepulcher he took a moment to pray and at the Wailing Wall – Judaism’s holiest place of worship – he followed the tradition of leaving a paper with a message.

Asked about the choice of Israel as the organizing country for the next edition of the contest, Meza pointed out that this is “an incredible moment to be able to learn a little more about the history of this very interesting and complex country” and stressed that the competition will attract attention , the attention and curiosity of many people who follow miss Universe.

The next edition of the contest will take place on December 12 at the Eilat city, in southern Israel and near the borders with Egypt and Jordan. This will be the first time that the Jewish state has hosted this competition.

The Mexican Andrea Meza, spoke exclusively for Come the joy and explained her closest project when her reign as Miss Universe ends, the also software engineer, A graduate of the Autonomous University of Chihuahua, she explained that she would like to dedicate herself to music and altruistic actions for the benefit of vulnerable populations.

In the morning shows section they had the opportunity to speak with the 2021 winner of the beauty award, there the 27-year-old from Chihuahua, He explained his taste for music and that it is something that comes from generations ago thanks to his father.

“My dad played the guitar and I sang his songs. It makes me happy, I know I’m fine, I feel comfortable if I’m singing. I never did it professionally, but it is a field that I would like to explore ”, explained Miss Universe 2021.

On the other hand, Andrea Meza explained some genres that she would like to explore after her beauty reign, she explained that one of them is the Sierreño, originally from her land: “Maybe sierreña music, I like it, I grew up with that music, I like to sing it, I have not defined what gender to lean“, Evoked the model.

On the other hand, she was said to be a fan of the successful reality internal of Come the joy, I want to sing and mentioned being a follower of one of the singers of the show TV Azteca, Above she commented that she would accept without any doubt if she will be invited to participate: “It would be great, I’ve seen Kristal (Silva) a few times and ‘why not?’, it would be great”, He explained.

The Miss Universe through her social networks has shared videos in several moments where she shows her talent, several of her followers have questioned her future, since they have reiterated that he has innate musical talent.

Previously, Andrea Meza, the day after winning the beauty award, had the opportunity to speak with Flor Rubio, host of Venga la Alegría, there she had already spoken about her musical future:

“It is something that I would like (to dedicate myself to music). I love to sing, those who know me know that I am always singing, in the bathroom, mopping, washing dishes, in the car and it would be incredible to dedicate my life to something that I like (…), My mother says that I sang since I was one year old, I hardly spoke well, but I was already singing. My dad played the guitar for me and I was singing with him, I never took classes, I think I took two months singing lessons before I went to Miss World to prepare a song and now”, Said at the time the winner of Miss Universe.

In that interview, the model and engineer explained that her Miss Universe reign will be the shortest in history: “It is historical both because we were competing in a pandemic and because my reign is going to be so short that we need to have a Miss Universe at the end of 2020 to represent us in 2022. I have a few months left, but I am with the mentality of making use of that time”, He explained in that interview to Flor Rubio.

Currently Miss Universe 2021 has been very active offering its support in various associations in favor of children with cleft lip and palate: “My role here is to publicize the message of the foundation, to make the information known to the Mexican population on a topic that can happen to anyone“Concluded the Mexican who is 3 months away from leaving the beauty crown.