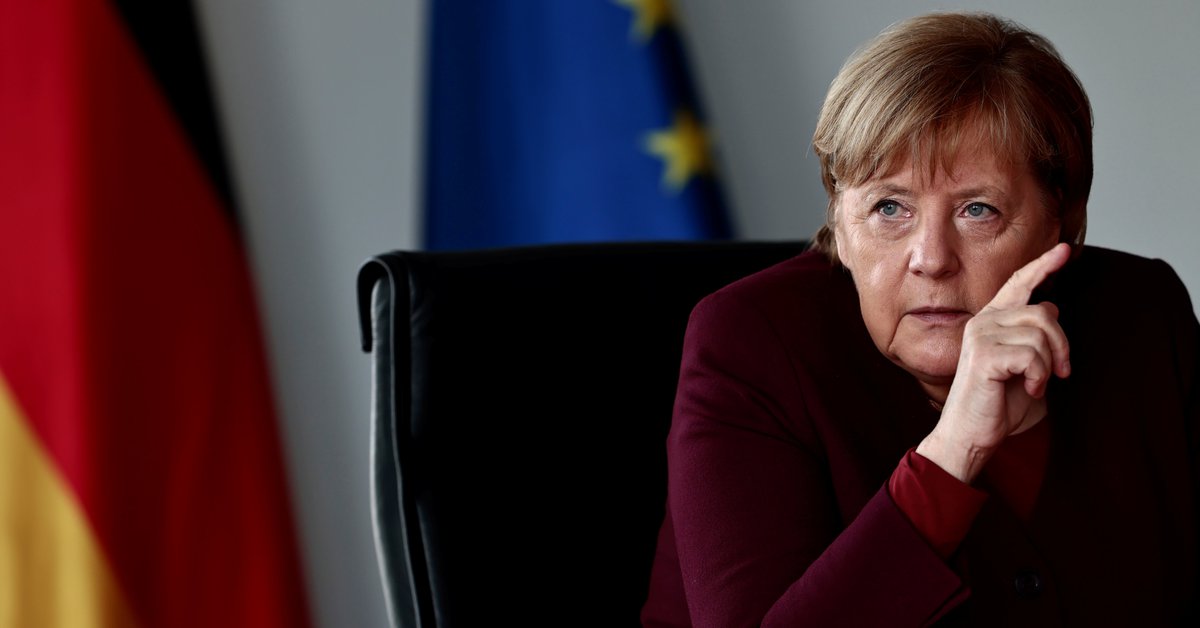 The acting German Chancellor, Angela Merkel, urged this Wednesday to establish an indicator of hospital admissions for COVID-19 that allow additional measures to be introduced in order to avoid restrictions arriving too late to stop the increase in new infections in the country. This Wednesday the authorities reported a record of 52,826 new infections and 294 deaths.

The federal government and the federated states “must agree on a limit to the hospitalization rate”, an indicator of “the seriousness of the situation in the hospitals”, from which, “binding“And depending on the regional context, additional measures are introduced to those already in force, said Merkel.

In a message to the German Federation of Municipalities on the occasion of its general assembly, Merkel stated that without this threshold, Germany runs the risk of “acting too late”.

Added that it would be a “catastrophe” to take action only when ICUs are already full, because, he insisted, “it would be too late”, while reminding that “the infected today are those who are in the critical units tomorrow.”

The Chancellor stressed that “the only criterion” of the talks, especially tomorrow’s between the federal government and the “Länder”, must be “What needs to be done now and what not in the middle of this fourth wave to contain the current dramatic evolution of infections.”

The case curve in Germany has been on the rise since the beginning of October:

In this sense, he stressed the importance of the federal government and the “Länder” meeting “finally” tomorrow in a meeting that should have been held a long time ago, he criticized.

And to be clear: The virus does not care if Germany is now in a phase with a government in office, which I lead, and in negotiations for the formation of a new government“, said.

He warned that the pandemic is far from over. and added that despite the fact that legally there is no longer a majority to prolong the epidemic situation of national scope that expires on the 24th, there is no doubt that Germany is “in the midst of an emergency situation”.

Thus criticized the plans of social democrats, greens and liberals, the parties that negotiate the future governing coalition, wanting to modify the law again for the protection against infectious diseases to allow the national emergency situation to expire.

Merkel also described as urgent, in addition to agreeing on a maximum hospitalization rate, the progress of the vaccination, both with regard to first doses and booster doses for the immunized population.

The chancellor requested the support of the municipalities in this effort to expedite booster vaccination, in order to “get out of the tough weeks” that Germany still has ahead of us.

New infections with coronavirus in one day soared in Germany to a new daily high of 52,826, as well as the cumulative incidence in seven days, which reached a record figure of 319.5 new infections per 100,000 inhabitants.

The accumulated rate of admissions in seven days stands at 5.15 per 100,000 inhabitants and the occupancy in the ucis of patients with COVID-19 is 14.7% of beds available in critical units for the adult population.

As of Tuesday, 70.2% of the German population had been vaccinated, 67.7% with the full regimen, figures that are below most Western European countries.

The WHO published a new report of infections and deaths from COVID-19: Europe is the only continent where they grow

The coronavirus does not give truce in Russia: it registered another record of daily deaths