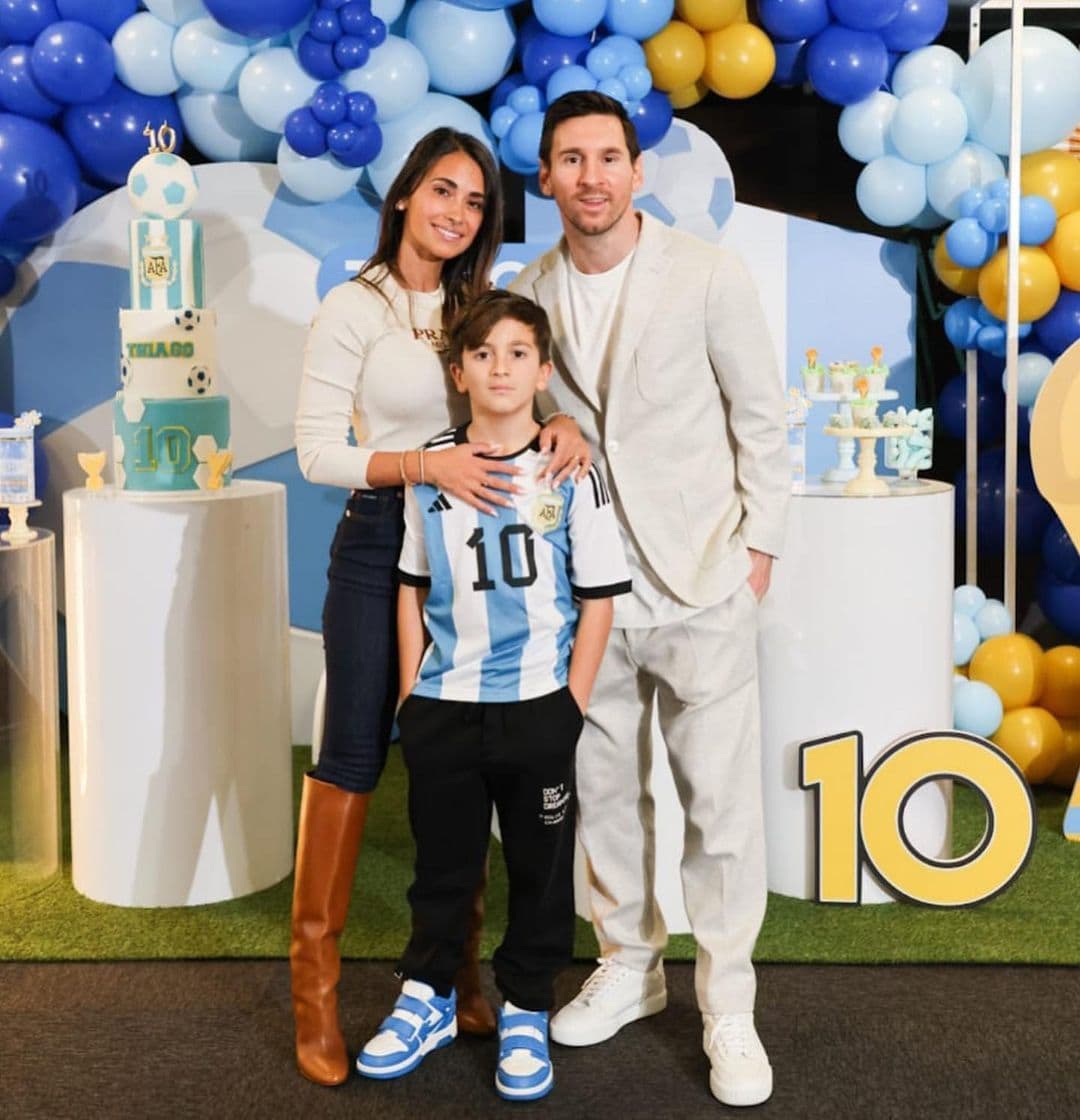 Thiago Messithe first son of Lionel and Antonela Roccuzzo, had his birthday on November 2 10 years and he had a birthday party with very Argentine details to throb the World Cup that will begin in just 13 days in Qatar.

“How beautiful it is to see you so happy, my life”Antonela published in her account Instagram naming his son, Thiago, with a heart. In the cover image you can see the honoree dressed in the shirt of the Argentine team with the number ten, because of his age and because of his father, who wears the ’10’ in the national team.

The other detail that was not overlooked in the look of the first heir to the current Paris Saint-Germain striker is that he wore light blue and white sneakers, the colors of the Argentine flag, despite the fact that he was born in Barcelona, ​​Spain.

So that there were no doubts about the theme of the party, Thiago’s birthday was a great football fan. Blue, light blue, white and yellow balloons, decorated with soccer balls and a four-story cake with his name, his age and the AFA shield.

In another of the postcards of the party that Antonela published, the three brothers (Thiago, Mateo and Ciro) are seen dressed in the number 10 shirt of the National Team, to be in tune with the celebration.

The particular thing about the celebration is that it was very similar to Mateo’s birthday, who turned 7 on September 11. The little boy also wore the albiceleste jacket with the ’10’ that Leo will use in Qatar and the party favors were all related to football.

Thiago has an interest in football and began to practice it in the lower categories of FC Barcelona. Now, with his new life in Paris, the eldest of the Messi-Roccuzzo family was enrolled in the PSG academy along with his little brother Mateo.

However, in an interview with the journalist Gastón Recondo in 2018 from Barcelona, ​​​​Messi acknowledged that his son did not love football.

“Unlike the son of Luis (Suárez) who is the same age and is sick of football, knows all the players and loves to play, Thiago does not. He likes cars and motorcycles more, he plays something else. He likes football, but until then. He plays for a while and gets tired. It’s not that he’s crazy about soccer, because of the games, the players and what happens on the field, “he said. The flea.

Behind the scenes of Lionel Messi’s humblest birthday: “We put anything in the bags”