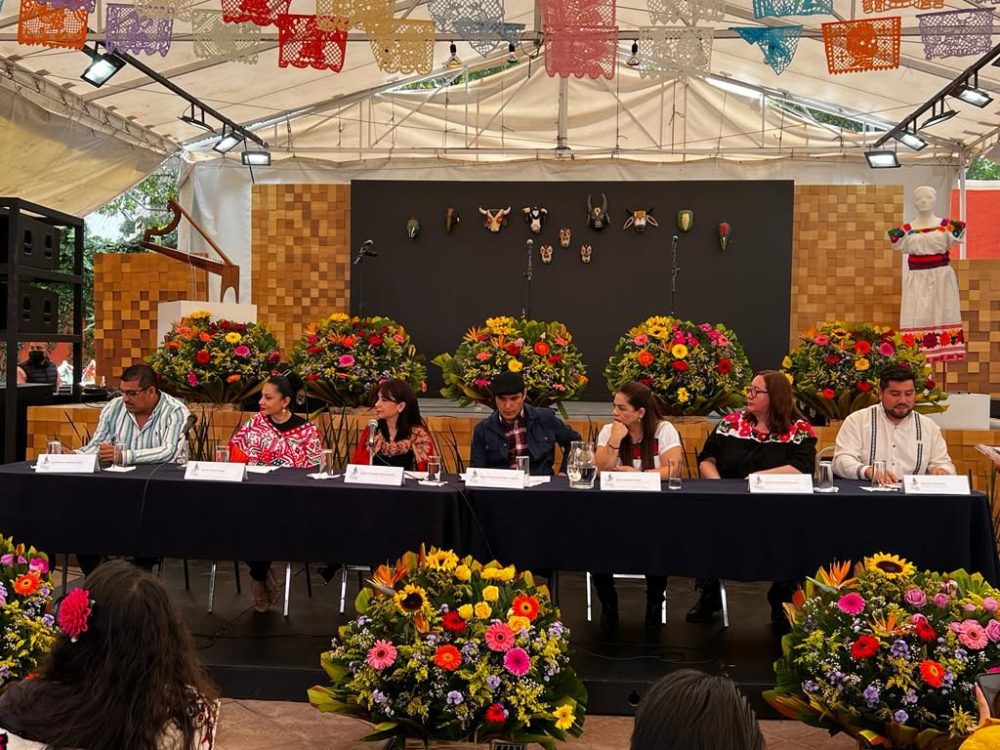 From September 22 to 24, 2022, this magical town in the Huasteca potosina will host cultural and academic activities

As a result of the efforts promoted by the Government of San Luis Potosí, headed by Ricardo Gallardo Cardona, this Friday, at the Museum of Popular Cultures in Mexico City, the XXV edition of the Huasteca Festival was presented, which for the first time will arrive to the municipality of Aquismón, from September 22 to 24, in order to strengthen the culture and traditions of the Huasteca region.

Through the Cultural Development Program of the Huasteca, of the Ministry of Culture of the Government of Mexico, the General Directorate of Popular, Indigenous and Urban Cultures (DGCPIU), and the instances of Culture of the states of Hidalgo, Puebla, Querétaro, San Luis Potosí, Tamaulipas and Veracruz organize this event that celebrates its 25th anniversary.

At the press conference for the presentation, the Secretary of Culture of San Luis Potosí, Elizabeth Torres Méndez, accompanied by the municipal president of Aquismón, Cuauhtémoc Balderas Yáñez, stated that this event will be a great trigger for locals and visitors to learn more about the Huasteca region, through ritual performances, traditional dances, academic forums, workshops, conferences, record and editorial presentations, craft and gastronomic samples.

The Huasteca, made up of 120 municipalities from six entities in the country, is the territory of the Tének, Nahua, Totonaco, Tepehua, Otomí, Pame and Mestizo peoples, who share traditions, practices and artistic expressions. On this occasion, the festival is part of the actions of the priority project Chapultepec, Nature and Culture of the Federal Ministry of Culture with the theme of “Festive Food”.

In celebration of the 25 years of creation of the Festival, where more than 250 carriers from the region will participate, there will be an art exhibition, artistic presentations and recognition of the trajectory of outstanding creators from the region. This Huastec festival will be framed by the beauty of the Magical Town of Aquismón, which is distinguished by its biodiversity and cultural richness.

Present during the presentation were Yessica Morales Vega, director of the National Museum of Popular Cultures, Silvia Alejandre Prado, general director of the Veracruz Institute of Culture, Cuauhtémoc Balderas Yáñez, municipal president of Aquismón, and Jesús Antonio Rodríguez Aguirre, head of the General Directorate of Popular, Indigenous and Urban Cultures.