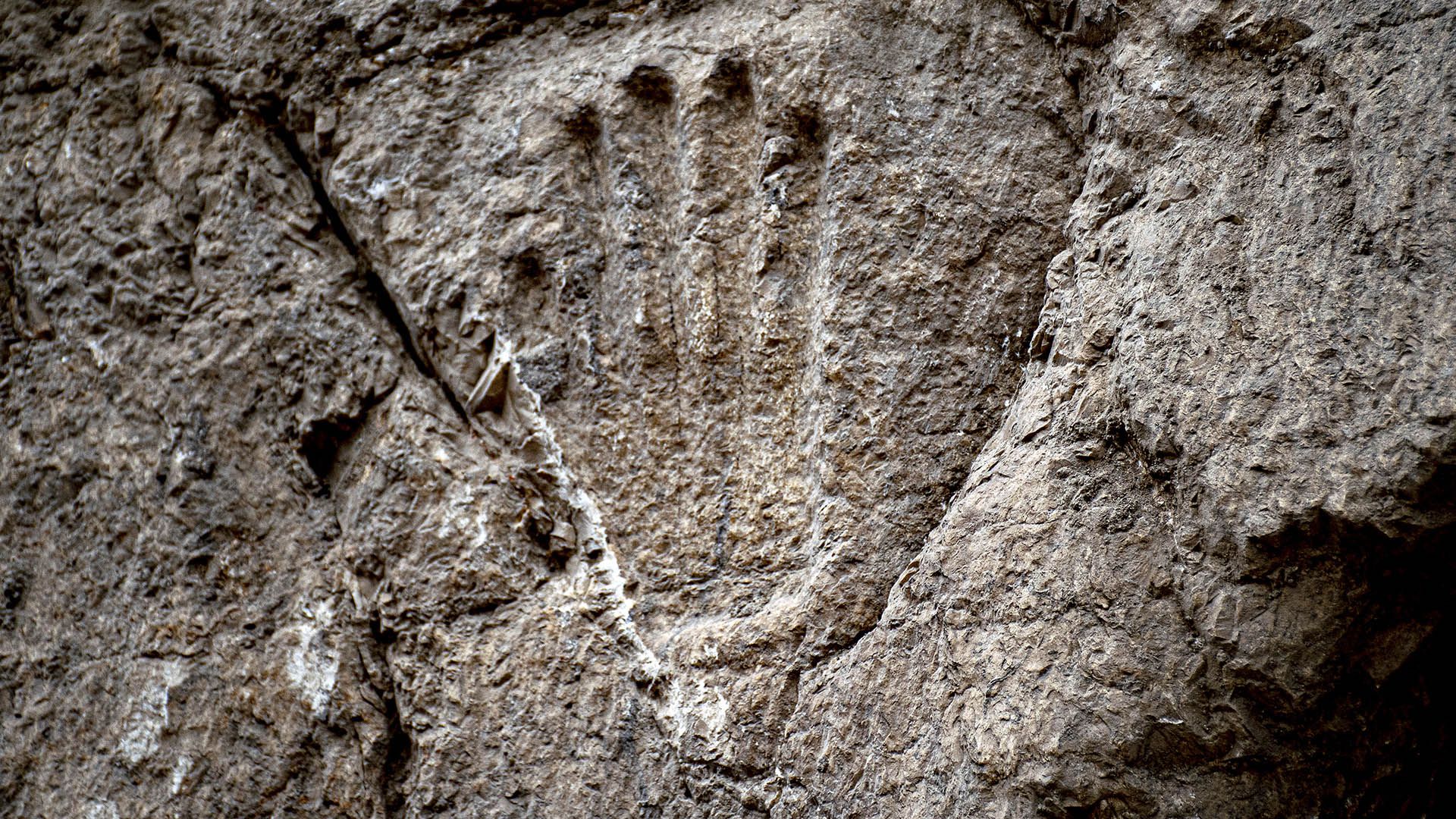 Israeli archaeologists were investigating on Wednesday the meaning of a hand carved on the wall of an old moat, near the Old City from Jerusalem.

The size, which It is not ruled out that it is a “joke”was found in a 1,000-year-old ditch during construction work to widen a road in east Jerusalem near Herod’s Gate, the Israel Antiquities Authority said.

The middle The Times of Israel indicated that the archaeological work was carried out as part of an infrastructure project along Sultan Suleiman Street, which runs alongside the city walls, and which revealed a deep rock-cut moat probably dating from from the 10th century, or possibly even earlier, the IAA said.

The moat, at least 10 meters wide (about 33 feet) and two to seven meters deep (6-23 feet), encircled all of Jerusalem at the time, explained Zubair Adawi, director of excavations for the Jerusalem Antiquities Authority. Israel.

According to the Antiquities Authority, It took the Crusaders five weeks in 1099 to cross that moat and break through the defenses of the holy city.

“People are not aware that this busy street is built directly over a huge moat, a huge channel cut into the rock,” he said. “His function was to prevent the enemy who was besieging Jerusalem from approaching the walls and entering the city.”

And although the utility of the moat was evident, the meaning of the hand is completely ignored.

“It is a mystery, we have tried to solve it,” Adawi said in a statement. Archaeologists wonder who carved the hand into the rock, and what he meant.

The outlet explained that the stone walls of the Old City that are visible today were Built in the 16th century by the Ottoman Turkish Sultan Suleiman I the Magnificent.

“In the eras of knightly battles, swords, arrows and cavalry charges, Jerusalem’s fortifications were formidable and complex, comprising walls and elements to hold back the great armies storming the city,” he said. Amit Re’em, regional director for Jerusalem at the IAA. “Armies trying to capture the city in the Middle Ages had to cross the deep moat and behind it two additional thick fortification walls, while the city’s defenders on the walls poured fire and brimstone on them.”

The moat also had secret tunnels that allowed the defenders to rush out and attack the approaching army before slipping behind the fortifications. Such tunnels have been discovered in previous excavations, he said. The Times of Israel.

“Archaeological findings allow us to visualize the dramatic events and upheavals that the city suffered,” said IAA director Eli Escuzido.

A digital scanner revealed the secrets of a 2,300-year-old mummy