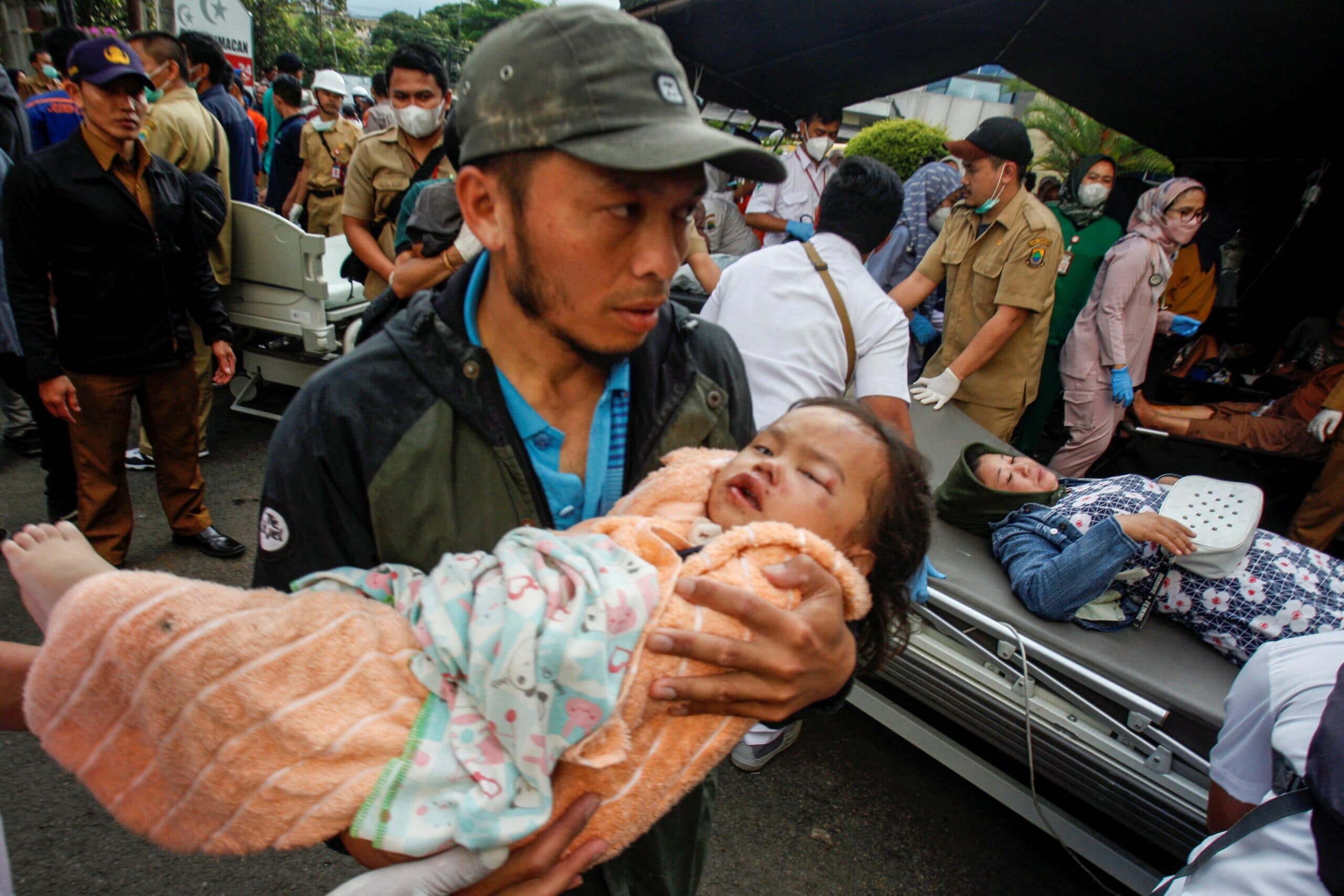 A magnitude 5.6 earthquake and a shallow slam toppled buildings and walls on Monday in Java, the populous main island of Indonesia, killing at least 163 people and injured hundreds. People ran into the streets, some covered in blood and white powder, for safety. More than 2.5 million people live in the region.

“Most of those who died were children,” said the governor of West Java, Ridwan Kami. Many were public school students who had finished their regular classes and were taking extra lessons in Islamic schools, he noted. Cianjur, about a three-hour drive from the capital Java, is known for having a large number of Islamic boarding schools and mosques.

“There were many incidents at various Islamic schools,” Kamil said.

Kamil said more than 13,000 people whose homes had been badly damaged were taken to evacuation centers.

Emergency workers attended to the wounded on stretchers outside major hospitals, on terraces and parking lots in the Cianjur region. The injured, including children, received oxygen masks and intravenous lines and were being revived.

“I fainted. It was very strong,” said Hasan, a construction worker who, like many Indonesians, goes by only one name. “I saw my friends running to escape the building. But it was too late to get out and I was hit by a wall.”

Residents, some with crying children in their arms, fled damaged homes after the quake struck in the late afternoon at a depth of 10 km. The quake sowed panic in the Jakarta metropolitan area, where skyscrapers swayed and some were evacuated.

Rescuers and civilians searched for people who may have been buried in the remains of brick houses. The tremor was strong enough to bring down walls, chunks of concrete and tiles, some of which fell into bedrooms.

The Indonesian disaster mitigation agency (BNPB) still put the death toll at 62 and rescuers were searching for 25 people believed to be trapped under the rubble. A spokesman said the search would continue overnight.

Ridwan told reporters that as many buildings have collapsed, the death toll could rise.

“There are residents trapped in isolated places (…) so we assume that the number of injuries and deaths will increase over time.”

Indonesia is in the so-called “Pacific Ring of Fire”an area of ​​great seismic activity, where different plates of the earth’s crust come together and which generates a large number of earthquakes and volcanic eruptions.

A strong earthquake shook the main island of Indonesia: about 56 dead and at least 700 injured

At least seven dead in an earthquake in Indonesia