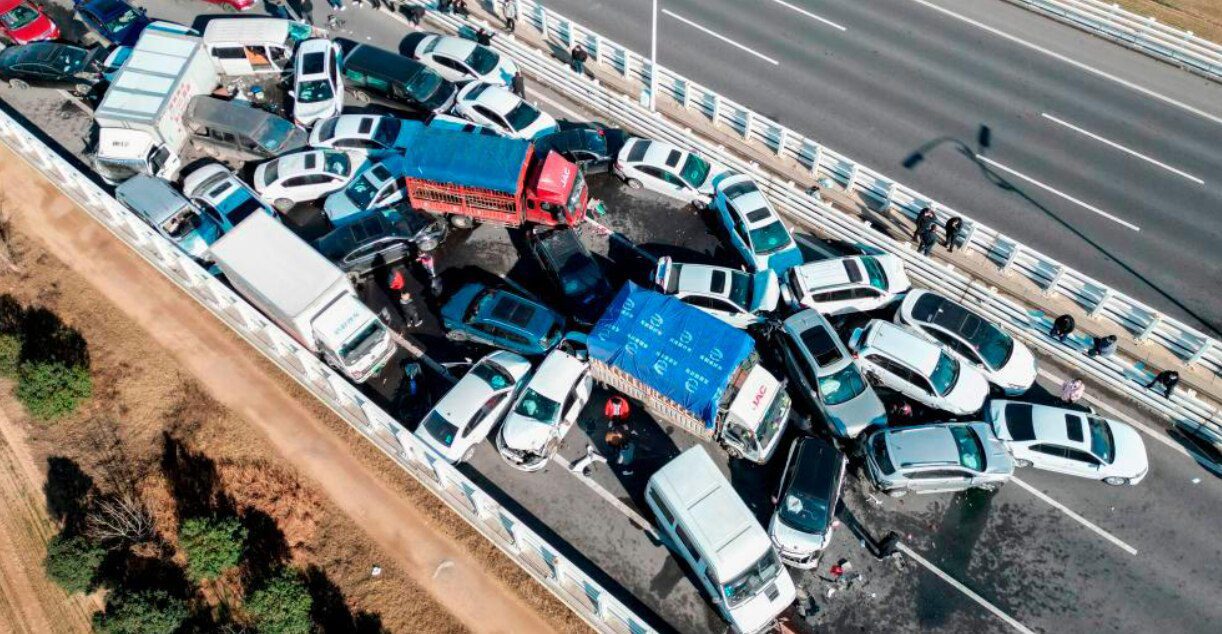 A traffic accident in the province of jiangxiin eastern China, caused the death of 17 people and left 22 others injured in the framework of the mobilizations for the vLunar New Year Holidaysindicated the state channel CCTV.

“The accident caused 17 deaths, 22 people were injured. The injured have been sent to the hospital,” he said. CCTV citing local authorities.

The “major road accident” occurred just before 01:00 local time in the county of nanchang.

So far it is not clear what could have been the causes of the accident. “ANDis under thorough investigationhe added CCTV.

Mourners were making an offering by the side of the road before going to the crematorium on Sunday morning, said a woman named Deng to the aforementioned newspaper

According to the information in this medium, most of the dead and wounded were attendees of this ceremony.

One of the survivors, named GongHe explained that his wife died in the accident. The truck suddenly struck them from behind the motorcade and kept going until it reached the hearse, he added.

An hour after the event was known, the nanchang traffic police issued warnings to drivers due to the existence of “fog” in the area.

“Driving visibility is poor. There is low visibility, which can easily cause traffic accidents”, he explained.

“Please pay attention to the fog lights. Slow down, drive slowly, keep a safe distance from the car in front, avoid pedestrians, and don’t change lanes or move forward,” he added.

Road accidents are common in China due to the lack of strict security controls.

Last month, hundreds of vehicles were involved in a foggy accident on a highway in central China that left only one person dead.

In September, 27 people died in the accident of a bus that was transporting them to a complex for anticovid quarantines in the province of guizhouin the southwest of the country.

The bus, in which a total of 47 people, including a worker and the driver, were traveling to Libo County, fell into a deep ditch on the side of the road

The accident aroused a wave of criticism on Chinese social networks such as Weibo, where netizens questioned the need to transfer so many residents to quarantine centers in the middle of the night.

“I could have been on that bus too” and other variations of this message became one of the most common protest phrases on social media, where many signs of weariness were censored.

The people traveling on the bus had not necessarily tested positive for covid-19 since, according to the Chinese guideline of covid zeronot only those infected must isolate themselves in hospitals or centers set up for this purpose, but also their direct contacts, regardless of their state of health.

How the reopening of Chinese borders will disrupt the global economy