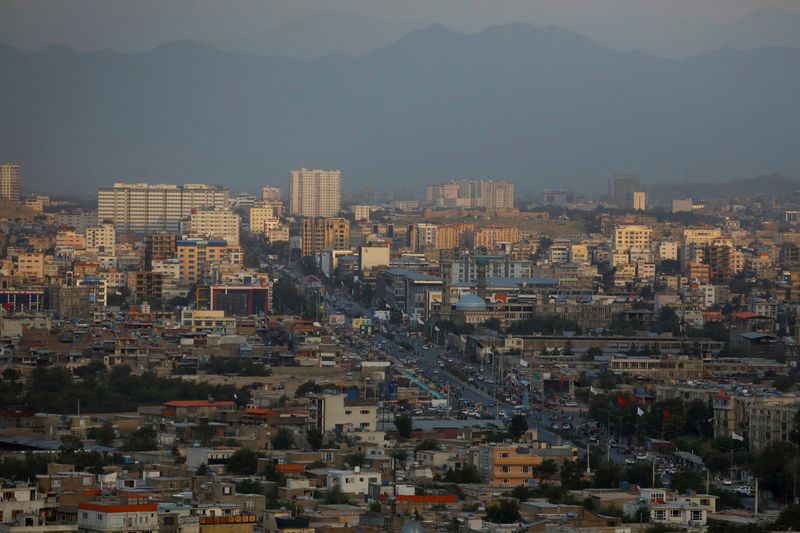 At least five people were killed and several wounded in a suicide bombing outside the Afghan Foreign Ministry in Kabul on Wednesday.at a time when a Chinese delegation was to arrive.

The Taliban say they have improved security since they returned to power in August 2021. But there have been several attacks in recent months, many of them claimed by the local Taliban base. Islamic State jihadist group.

A team of AFP He was conducting an interview inside the Ministry of Information nearby and the waiting driver saw an armed man with a backpack walk past him before blowing himself up.

“I saw between 20 and 25 victims. I don’t know how many of them were dead or wounded. I was waiting in the car, when I saw a man with a kalashnikov on his shoulder and carrying a bag. He passed close to my car and a few seconds later there was a loud bang. I saw this man blow himself up,” driver Jamshed Karimi said.

Kabul police spokesman Khalid Zadran said that five civilians died and that several were injured by the explosion.

After the detonation there were several people lying on the street outside the security compound where the ministry is located, according to a video verified by AFP.

Some people were sobbing on the ground, asking for help and some passers-by tried to assist them.

“A kamikaze tried to penetrate the ministry, but it did not achieve its objective and was discovered by the security forces and blew itself up,” said the deputy general director of Public and Strategic Relations, Ahmadullah Mutaqi.

The building that houses the Ministry of Foreign Affairs appeared to have been undamaged.

“Today a Chinese delegation was supposed to visit the foreign ministry, but we don’t know if they were present at the time of the explosion,” said Deputy Information and Culture Minister Muhajer Farahi.

Mutaqi reported that there were no foreigners in the area at the time of the explosion.

The jihadist group IS has carried out several attacks targeting foreigners in recent months.at a time when the Taliban is trying to attract investors from neighboring countries.

On December 12, an attack claimed by IS attacked a hotel in the Afghan capital where Chinese businessmen were staying.

Five Chinese citizens were injured in this attack, in which some hotel guests jumped out of the window of the establishment to escape from the fire that broke out.

The IS group also claimed responsibility for an attack on the Pakistani embassy in Kabul in December, which the country denounced as an “assassination attempt” against its ambassador.

China has not officially recognized the Taliban government, but it has a common border and is one of the few countries that maintains a diplomatic presence.

The Chinese authorities have long feared that Afghanistan could become a crossing point for activists from the Uyghur Muslim minority from the Chinese border province of Xinjiang.

The Taliban promised Afghanistan that its territory will not be used as a base by Uyghur activists, and in return, Beijing provides financial support and investment for the reconstruction of the country.

The Taliban also depend on China to transform a large copper deposit in the countrywhose exploitation is essential for a country that urgently needs income due to the weight of international sanctions.

Experts consider that the IS jihadists, a Sunni group like the Taliban, but with whom they maintain a deep animosity, in addition to ideological divergences, are the main threat to the Kabul regime.

The Taliban regime in Afghanistan prohibited women from working in NGOs

The Taliban banned education for all women in Afghanistan