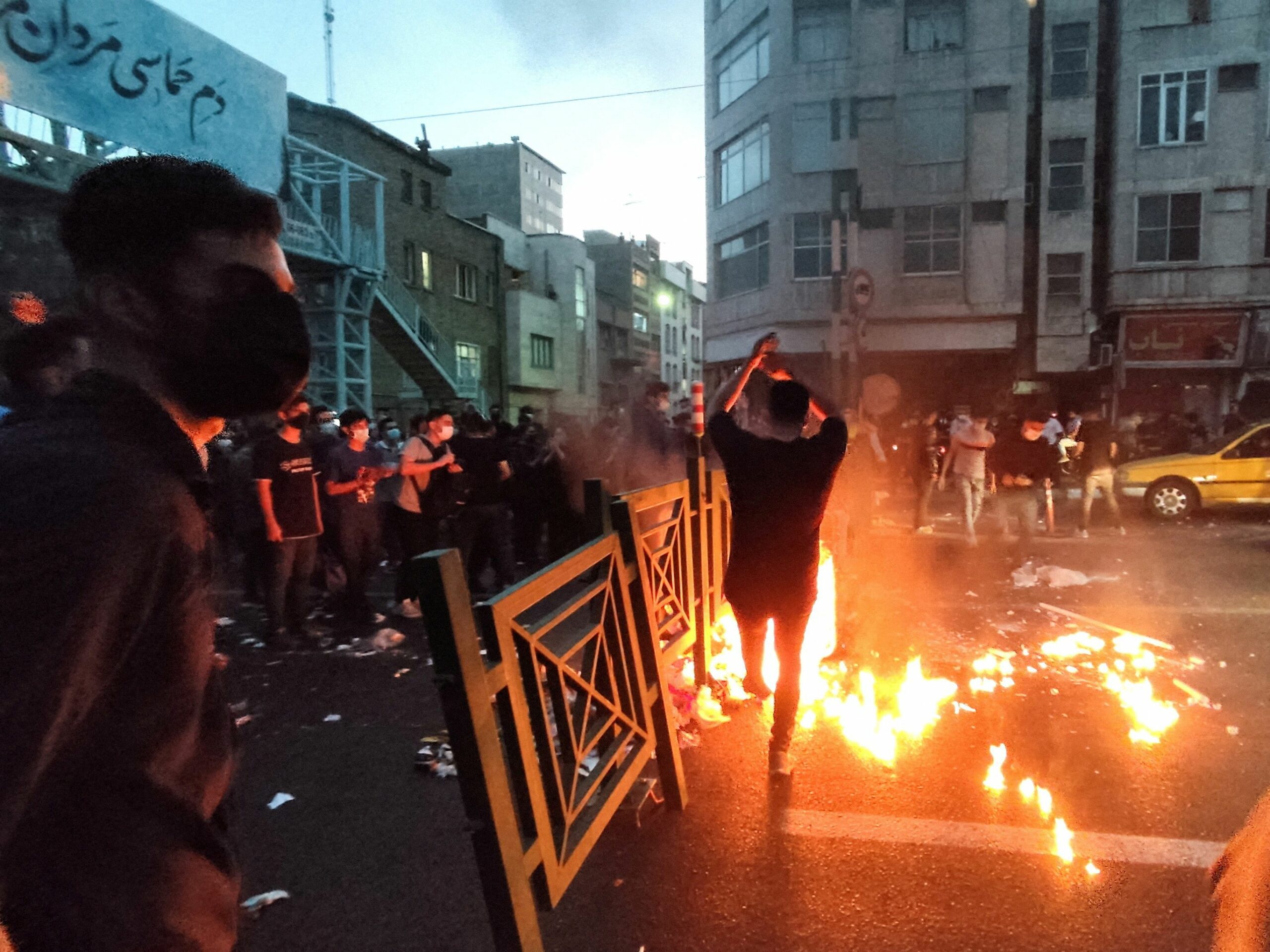 At least 50 people died in the repression of Iranian security forces against protests that erupted after the death of Mahsa Amini, arrested by Iranian police for not wearing the veil properly, an NGO said on Friday.

According to Iran Human Rights (IHR), an organization based in Oslo, the upward balance is explained by the death of six people by security forces shots in the city of Rezvanshahrin the province of Gilan (north) on Thursday, as well as other fatalities in Babol Y lovealso in the north.

Demonstrations were reported in a 80 cities and in other urban centers since the protests began a week ago, the organization said.

Human rights defense groups also denounced that in the region of KurdistanIn the north of Iran – where Amini was from – there were also deaths.

“At least 50 people have died so far, and people continue to protest for their fundamental rights and dignity,” he told the agency. AFP the director of the NGO, Mahmood Amiry-Moghaddam.

“The international community must support the Iranian people against one of the most repressive regimes of our time,” he added.

The official balance of the disturbances provided by the Iranian authorities reports at least 17 deaths, five of which were members of the security forces.

Thousands of people responded this Friday in Iran to the call of the authorities and took to the streets to defend the use of the veil and denounce the “mercenaries”, after a week of protests unleashed by the death of a young woman that left at least 17 dead.

While abroad the NGOs denounce a repression “brutal” of the demonstrations, the authorities continued to block access to WhatsApp and Instagram on Friday.

Mahsa Amini22, was arrested on September 13 in Tehran for dressing “inappropriately” by the morality police, charged with enforcing Iran’s strict dress code.

Three days later died in hospital and his death sparked nightly protests in Iran’s major cities, including the capital Tehran.

In several cities, protesters clashed with security forces, burned police vehicles and chanted anti-government slogans, according to media and activists.

Police arrested an unknown number of people, Iranian media reported. Among them are the activist majid Tavakoli and the journalist nilufar Hamediaccording to his relatives.

The most viral images on social networks are those in which they appear Iranian women setting fire to their veils.

In Iran, women must cover their hair and are not allowed to wear short or tight coats or jeans with holes.

From New York, where he attended the UN General Assembly, President Ebrahim Raisi asked to “differentiate between protesters and vandalism” and promised an investigation into the young woman’s death.

The authorities, who describe the demonstrators as “counter-revolutionaries”, “troublemakers” or “conspirators”, decided to organize their own demonstrations after Friday prayers.

Summoned by an entity that organizes official events, thousands of people marched in various cities in Iran, particularly in Tehran but also in Qom (north) or Isfahan (center).