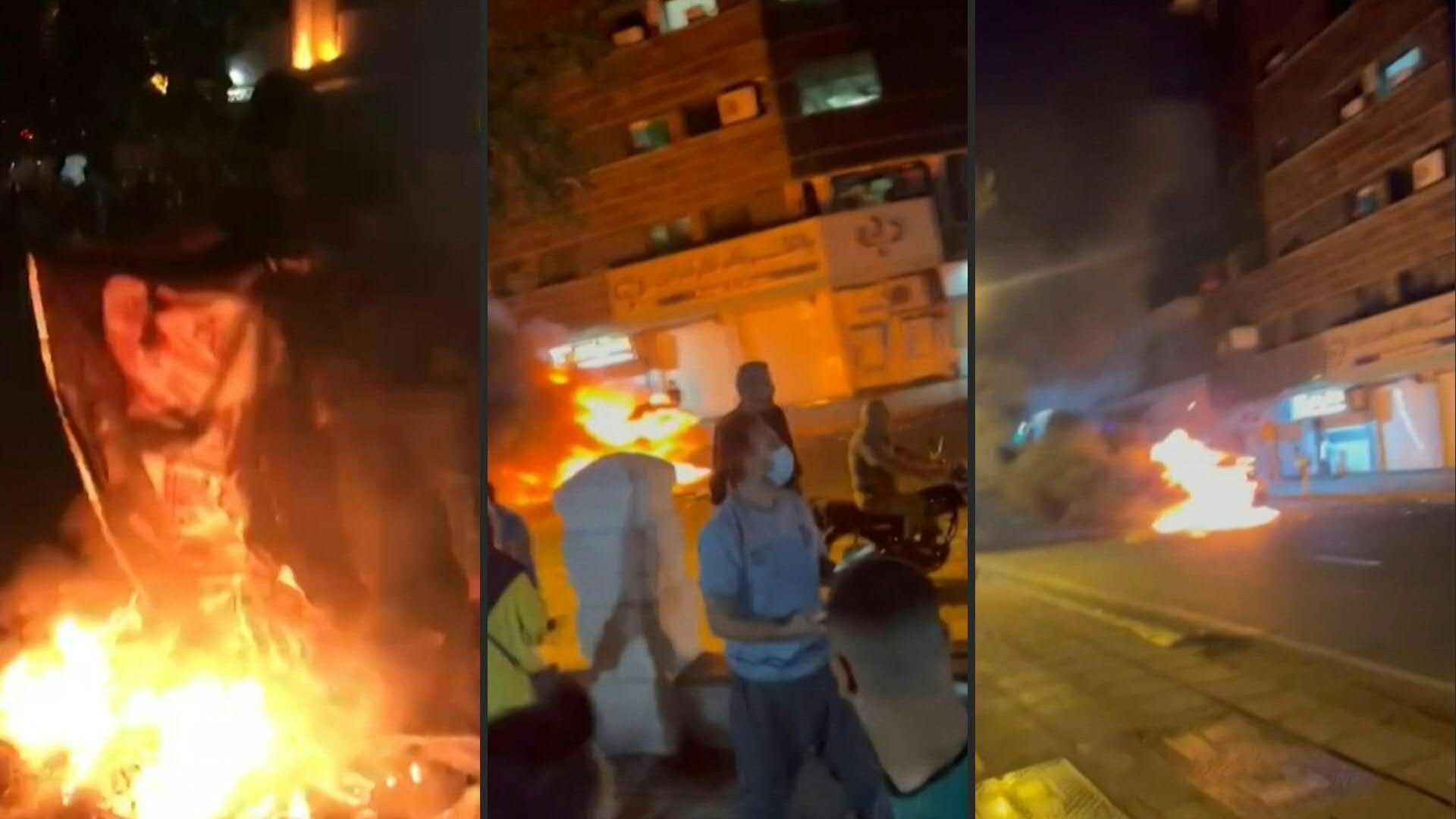 The protests over the death of Mahsa Amin in Iran chained their fifth day this Wednesday without symptoms of losing steam and already total eight deadwhile the authorities point to the “foreign enemy”.

The protests began timidly on Friday after the death of Amini after being arrested by the Morale Police for wearing the wrong veil and they have been spreading, ever larger, in more parts of the country and more violent.

The defiant gestures go further and further, with demonstrators burning veils and images of the founder of the Islamic Republic, Ayatollah Ruhollah Khomeini.

“Unfortunately, two people were killed in the clashes last night,” said the prosecutor of Kermanshah province (northwest), Shahram Karamiaccording to the agency Farsclose to the Revolutionary Guard.

The source added that some 25 people were injured in those clashes, including protesters, police and bystanders, and accused “counter-revolutionary agents” of the protests in the provincial capital city of Kermanshah.

For his part, the governor of the city of Shiraz, Lotfolah Sheibanireported that last night “a police assistant” died and four officers were injured in the protests in this southern city, according to Fars.

These fatalities join the three deaths confirmed yesterday by the authorities of the Iranian Kurdistan province, where Amini was originally from.

Kurdistan human rights groups such as Hengaw, which is based in Oslo, put the death toll at seven and 450 injured in clashes with security forces.

Data from London-based NetBlocks shows a near-total service outage in parts of Iran’s western Kurdistan province since Monday, while Tehran and other areas of the country have also seen lockdowns since Friday. , when the first protests broke out.

Amini was arrested on Tuesday of last week by the so-called Morale Police in Tehran, where she was visiting, and was taken to a police station to attend “an hour of re-education” for wearing the veil wrong.

He died three days later in a hospital where he arrived in a coma after suffering a heart attack, which the authorities have attributed to health problems, something rejected by the family.

The initial timid protests have grown in size and have spread throughout the country, while police repression has increased with the use of batons, tear gas and water cannons.

But neither the police repression; nor the promises of President, Ebrahim Raisi, that Amini’s death will be investigated; Not even the sending of emissaries from Iran’s supreme leader, Ali Khamenei, to the family of the deceased seem sufficient to put an end to the protests.

The Persian country experienced another wave of protests on Wednesday afternoon, with demonstrations at the universities of Tehran, but also in many provincial cities.

state news agency IRNA has reported clashes in at least 20 cities, with protesters burning cars and throwing rocks at police.

Thus, one more day the demonstrators shouted “Justice, freedom and no to compulsory hijab”, “Women, life, freedom” Y “death to the dictator”.

While this was happening, the authorities insisted that the protests are incited by the “foreign enemy” with the intervention of embassies and intelligence services of other countries.

“The incitement of protests by Western intelligence services is a known matter and does not need proof,” summed up the ultraconservative “Keyhan”, whose director is chosen by Khamenei.

At the same time, the Iranian Foreign Ministry rejected international criticism for the death of the young woman and accused other countries of using human rights to attack the Persian country.

“It is unfortunate that some countries try to use an incident that is still under investigation as an opportunity to pursue their political goals against the Iranian government and people using human rights,” Iranian Foreign Ministry spokesman Nasser Kanani said.

For his part, the supreme leader today gave a 57-minute televised speech on the anniversary of the war with Iraq in the 1980s, with no mention of Amini or the protests.

On the other hand, hundreds of Iranians demonstrated this Wednesday against the participation in the General Assembly of the United Nations of the president of Raisí.

The protest took place about 500 meters from the UN headquarters in New York and most of its participants had been called by the National Council of Resistance of Iran (CNRI), based in France and which groups a large part of the Iranian opposition outside the Persian country.

The UN demanded a prompt and impartial investigation into the death of Mahsa Amini while in detention in Iran.