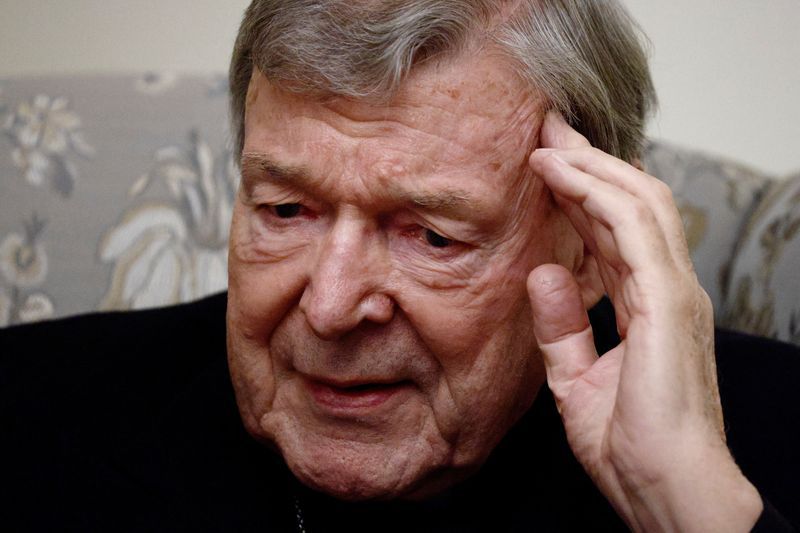 The Australian states of New South Wales and Victoria have ruled out holding honorary funerals for the Australian cardinal on Thursday. George Pellsentenced and then acquitted of pedophiliaout of respect for the surviving victims of child sexual abuse in the Catholic Church.

“There will be no memorial service or state funeral because that would be very distressing for every surviving victim of child sexual abuse in the Catholic Church.” Australian, stressed Daniel Andrews, governor of the state of Victoria, where Pell was originally from and where numerous abuses of minors were committed when he was a priest there.

For his part, the governor of New South Wales, Dominic Perrottet, confirmed that a state funeral will not be held in that territory for the cardinal who died on Tuesday night, and reported that there will simply be a religious service that is being organized by the archdioceseno date at the moment.

The Australian cardinal, named Vatican Prefect of the Economy in 2014, died in Romewhere a mass in his honor before being repatriated to Australia.

Once held in his home state of Victoria, he was the highest-ranking Catholic to be jailed for sexual abuse of minors before their convictions were overturned on appeal.

Pell was born in Ballarat, about 110 kilometers west of Melbourne -the capital of Victoria-, and returned to the city to be a priest and begin his long career that led him to the archbishopric of Melbourne (1996) and Sydney (2001).

A government commission that studied the abuses committed by religious indicated, in 2015, that as many as 14 priests in Ballarat had sexually abused children and that there have been at least 130 substantiated complaints since 1980.

This official investigation, which received some 4,500 complaints against more than 1,800 religious for sexual abuse committed in the country between 1985 and 2015, determined in 2017 that Pell was “aware” of the problem in the Church.

Something that the cardinal always denied, despite acknowledging that in the 1980s there was “a world of crimes and cover-ups” in the Catholic Church to protect the institution.

Pell voluntarily moved to Australia in 2016 to face charges that he abused two 13-year-old boys in the 1990s.

In 2019 it was sentenced to six years in prison Y registered as a sex offender. In April 2020, the High Court of Australia reversed its ruling and acquitted him. Months later, Pell returned to Rome, where he was received by Pope Francis at the Apostolic Palace in October 2020.

Andrews, who offered his condolences to Pell’s friends and family, remembered the victims of the abuse today. “We believe you, we support you and you are at the center not only of our thoughts, not only of our words, but also of our actions,” the governor remarked at a press conference.

Meanwhile, this Thursday a mass was held in memory of Pell in the Cathedral of Saint Patrick in his native Ballarat, collects the public channel ABC.

Pell, who spent thirteen months in prison after his first sentence in 2018 for sexually abusing two minors in the 1990s until he was acquitted in April 2020, will be buried at St. Mary’s Cathedral in Sydney in a date yet to be determined.

Neither the authorities of New South Wales, whose capital is Sydney, nor the federal government have announced a state funeral for the Australian religious.

Despite allegations of abuse, the Salvadoran Congress extended the exception regime imposed by Bukele