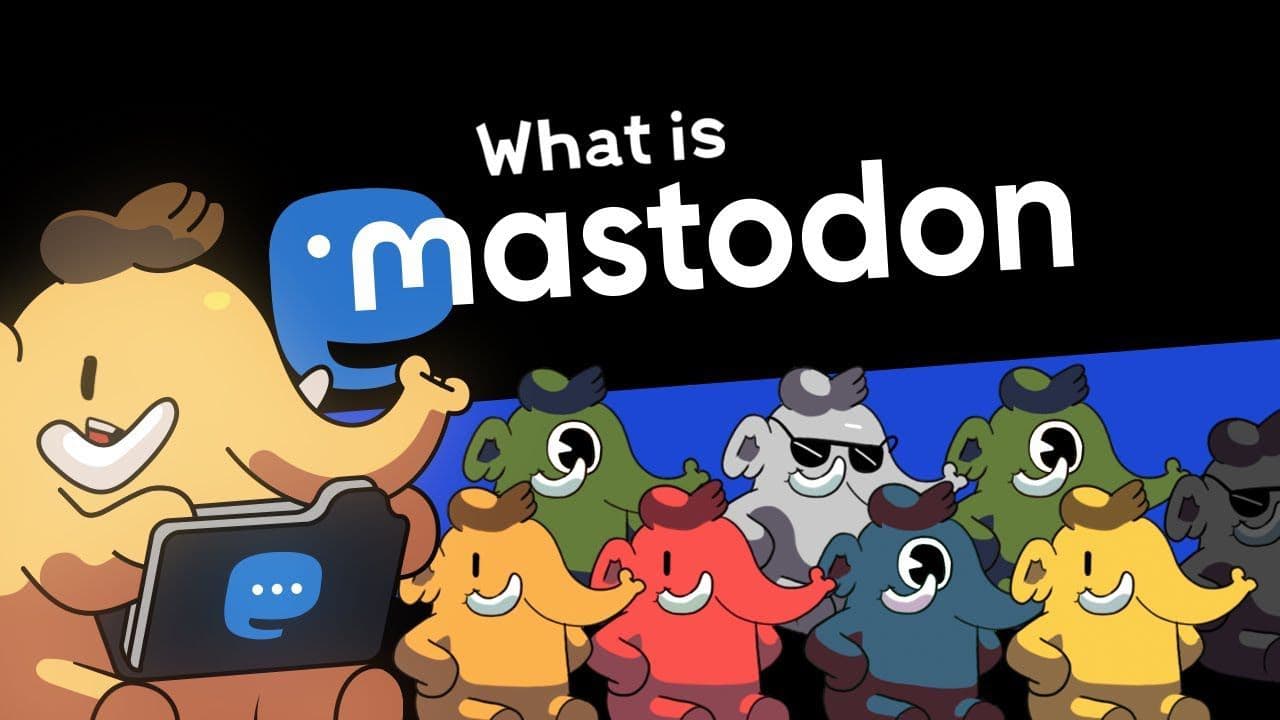 The changes in Twitter have made users look for options and Mastodon is the one that has been best outlined, having a basic concept similar to the social network owned by Elon Muskbut on a general level it works very differently.

In this application you can also post short texts, with images and videos, which will be published in a feed for the people who follow that account to see. However, it is divided into instances or federations that group the different users, which is a 180-degree turn compared to what Twitter does, which has a central point where all the profiles converge.

What are instances and how do they work?

This is the first thing to understand before joining the social network, because the way in which a platform is used changes a lot.

Mastodon It is created under the concept of decentralization, so there is no central server that controls everything, but it is divided into multiple aspects. These are the instances, which communicate with each other, but work separately.

These instances are divided into languages, regions, themes and in general with a filter of interest according to the tastes and preferences of the user. It is as if the application were the universe and each server the planet to choose where to live.

Each one has particular rules to ensure that those specific topics are discussed and that the content that circulates there responds to that interest. Each one has a different link and shows the number of users on it.

CocoFun, Mastodon, CounterSocial and other apps that are replacing Twitter

This is another key concept before starting, because it is the way in which the feed of Mastodon. All users will have four options and in them they will see content differently:

– Start: there the messages appear in chronological order of the accounts that are followed, without the impact of any algorithm. In this place will be all the accounts regardless of whether they are from another instance.

– Notifications: It’s the hub for messages sent to an account, favorites, follow-up alerts, and retweets.

– Local timeline: The messages of the users registered in the instance in which you are registered will appear here. Everything will appear in chronological order and without algorithms.

– Federated history: the messages of all the users of all the instances that are linked to which the account belongs to are displayed.

Already entering the bulk to have a profile and its operation, the creation of an account is a process similar to that of other platforms. The change will be in the access to an instance, because to enter one, a request must be sent and the administrators will be the ones who approve it to have the user of that instance.

This is because the profile name will not always be the same, but for each instance there will be a particular one. It will be something like @[email protected] (the name of the instance). In this way a name could be repeated on different servers, but it does not mean that it is the same person.

Something to keep in mind is that entering an instance is not a limitation, because Mastodon It allows the person to change servers as many times as they want and try other experiences.

Here is another big difference with the rest of social networks. The application has a search engine, but in it you cannot consult specific words, but only search for numbers. Which adds an extra step to find other contacts.

There are two tools that help with this task: Debirdify or Twitodon.com, but sometimes they have flaws. So the best way to follow someone in particular is to ask for their Mastodon link and for one to be found the best option is to communicate that link to other networks.

How are the posts

Finally, to start publishing you must take into account that there is a limit of 500 characters, there you can add images, videos and descriptions for the blind. Its operation is very similar to that of Twitter, giving the option to mention another user.

One of its differential points is the alternative of filtering the published content, alerting which people can see it, such as followers, those who are mentioned or the whole world.

Goodbye Twitter, hello Mastodon: all about the platform to which many users migrate