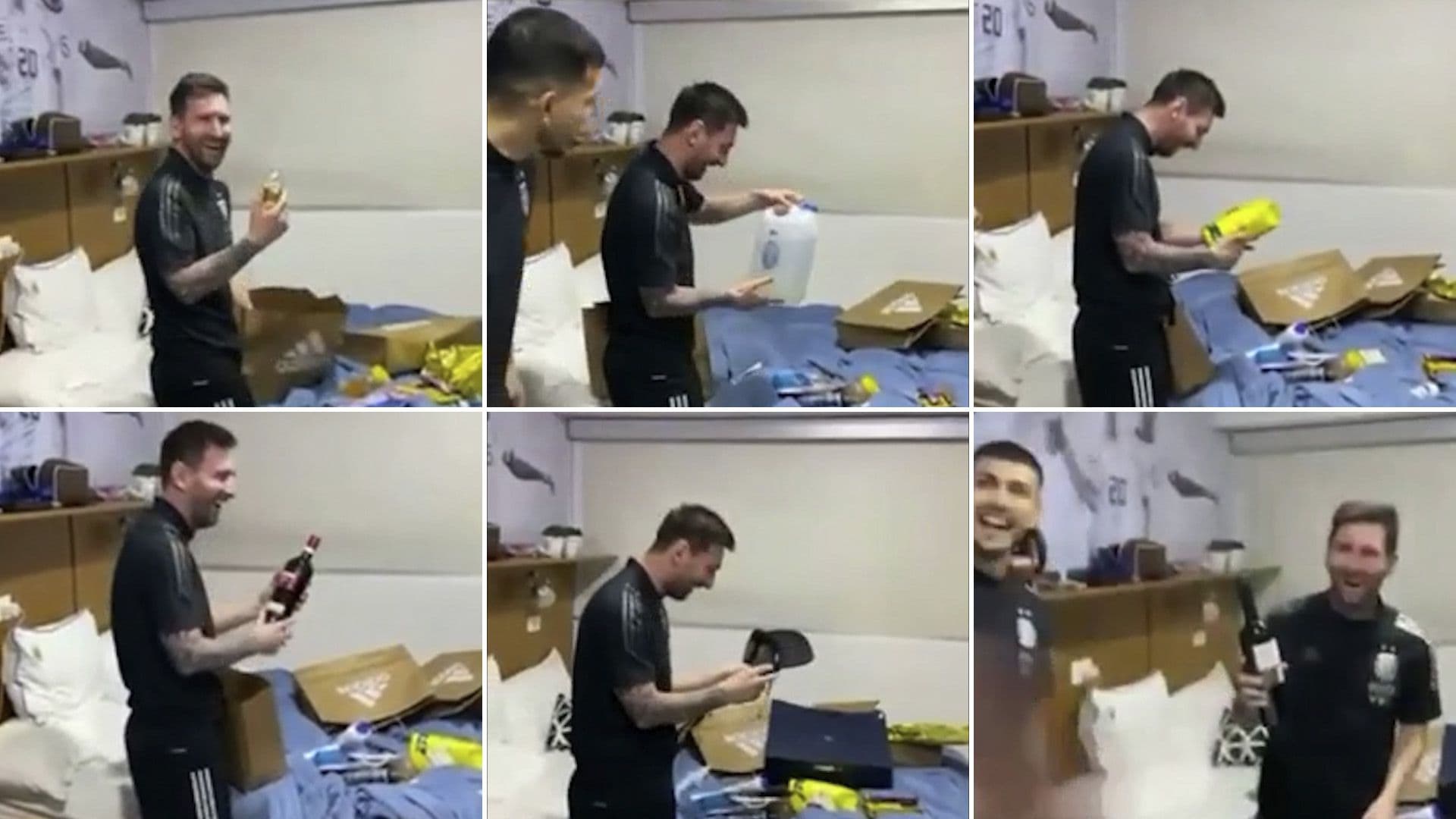 “Be eternal: champions of America”is the documentary series that launched Netflix days ago with which the preview of the Qatar 2022 World Cup throbs. Leo Messi and his teammates from the Argentine national team, as well as international soccer legends, analyze and relive the long-awaited consecration in the Copa America in Brazil 2021.

The series, made up of three episodes, proposes an intimate and relaxed account of the players and the coaching staff of the champion team, who review how the training camp went in the 45 days prior to the competition, how they dealt with the pressures and the criticism, and the relief when achieving the title that was elusive 28 years ago.

Of course, there are unpublished images and stories that allow us to know in detail the situations that marked the month and a half of each of the protagonists who went down in history for winning another trophy for the Albiceleste team after a long drought.

And one of the stories was the day of the 34th birthday of Leo Messi the 24th of June. As was known, in the midst of the COVID-19 pandemic, the members of the delegations were not allowed to break the bubble, making it impossible to buy gifts for the captain and emblem of the National Team. It was then that an idea arose to entertain the Flea.

“We told the props to give us a bag and we started to put anything. Then each one arrived at Leo’s room with a different package. And he wasn’t expecting it,” he says. Alexander Gomezwho between smiles adds: “We arrived with the pancake and of course, there was a deodorant, a perfume, but there was also a can of holy water, toothpaste…”.

Messi was sleeping with his roommate, the Kun Aguero. However, seeing all his classmates after being surprised, he appreciated the gesture and smiled as he opened the gifts. Each little packet was a new surprise and a laugh. “I don’t remember well, but all nonsense was”keep going the fleain the advance that he shared Netflix on their social networks.

As can be seen in the images, Leandro Paredes, Rodrigo De Paul, Papu Gómez, Nicolás Otamendi, Ángel Di María and Gio Lo Celso were the ones who had the initiative to give the Flea joke gifts such as a drum with holy water, a pack of yerba mate, a hat and several wines…

The jokes continued with individualized gifts that marked a moment of distraction. A pot of one kilo of honey, some used perfume and other bottles of wine finished closing the moment in which Kun Agüero ended with laughter: “Well, those who have already passed can go to their rooms.” And Nico Otamendi’s response was not long in coming: “Shut up, you didn’t give him anything.”

At that time, Messi himself took it upon himself to share a message on his social networks with the video of what happened. “Starting the birthday with the kids and receiving some little gifts. Thank you very much for being able to make me spend a special day even though I am not with the family whom I miss very much at the moment, ”Leo wrote in CM mode on his official Instagram profile with more than 221 million followers.

On the way to the Qatar World Cup: Lionel Scaloni and the rest of the Argentine delegation left for Doha